The further adventures of Liam Neeson, Action Dad and (now) Man of the People 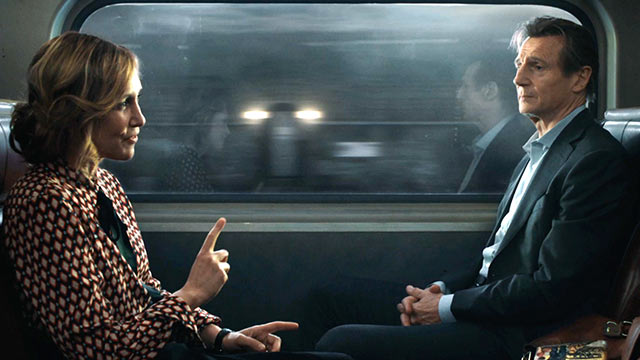 The common man has not always been a heroic archetype. From the earliest recorded stories we see a picture of the hero as the king, or the god, or the anointed: Men and women 1 whose exploits were so exciting because they held great power, and who lived lives appropriate for the powerful. The everyman hero is as old as heroes themselves, of course, but it’s mostly in the last half a millennium (in the West, at least) that autocracy and aristocracy falling out of favor has taken the nobly-born hero down a peg.

The common man hero has wound around the spine of mass culture for centuries now, with specified sub-classes, like the “everyman whose simple goodness turns him extraordinary” of George Bailey, to the “everyman who’s so normal he bends a complicated and professional series of events around him” of Roger O. Thornhill, all the way up to the “everyman who’s secretly a retired ass-kicker, forced back into action by terrorists”, a character Liam Neeson now plays in just about every movie.

In the same way Tom Cruise made his name on his smile, Neeson’s whole career now mostly boils down to this worried grimace – phone optional.

Why do I start talking about The Commuter – Neeson’s latest mandatory unretirement drama – by talking about the common man? Because I don’t come to this movie from a common perspective. Most people would watch the movie because they enjoyed Taken or The Grey, or maybe specifically his collaborations with the unaccountably smart dumb-movie-maker Jaume Collet-Serra. Maybe they just want a few hours of climate control on a cold Martin Luther King Day.

Me? I’m here for the trains. My infatuation with rail transport in general and municipal systems in particular is well–documented, and Neeson’s latest father-surrogate 2 is the movie’s titular commuter, who commutes to New York City from upstate every day, on the Metro-North train.

He really does take a mornin’ train, work from nine ’til five and then, take another home again.

Metro-North trains were sort of my first love, aside from the city subway itself – I would spend days drawing the maps or sketching the cars, with an actual ride being the rarest of treats. The movie, like most people, treat the service as something a lot more mundane: We begin with a fascinating work of directorial flourish that establishes the quiet nobility workaday life as a rail commuter. This might be a bit of projection, but maybe Collet-Serra feels the same way about silly action movies – you have to find the artistry, find the joy that takes you above and beyond. He certainly has, peppering the movie with far more style than it deserves, driving the tension and action in a thousand subtle ways with a careful close-up or inventive effects sequence.

As the movie goes on, we’ll learn Neeson (who’s called “Michael MacCauley” as if it makes a difference) is an experienced former NYPD officer with a knack for movie heroics, but the opening is there to show us he’s as put-upon, weary and fatherly as a put-upon, weary dad can be: Struggling financially to support a wife and son, still hurting from the sting of the Recession, unable to find an outlet for all his action movie coolness in a suit coat and blazer.

As he takes the train back upstate after a particularly trying day, it’s a welcome diversion to have Vera Farmiga, playing what I can only describe as a Richard Kelly character, sashay into his life. Farmiga, teaming with Collet-Serra to give her character a subtle depth, tells Neeson he’ll get a huge bucket of money if he finds someone on the train who’s getting off near the end of the line, and marks them for death. He goes along with the plan out of disbelieving interest more than anything else, but once the money’s in his pocket, and Farmiga’s started sending a ludicrous number of agents Neeson’s way, to show off how omniscient and omnipotent she is, it’s too late to back out.

It’s a sneakily clever concept, to have a bad guy make him use his “particular set of skills” for evil.

The edict to find the passenger before the end of the line is perfectly conducive to the kind of carefully made thriller plot with occasional character interludes that Neeson and Collet-Serra could probably make in their sleep by now: The train Neeson’s on has exactly enough cars so you can generally keep track of where he is, goes through enough different environments and lighting conditions so it’s always mildly diverting to watch the background out the window, and there are enough people on the train with their own little micro-dramas – Jonathan Banks, Shazad Latif, Patrick Wilson and Sam Neill are the most recognizable – that Neeson has his hands full with social disconnect and mortal peril alike as he fights to save himself, his family, the people on the train — and probably Old Glory and apple pie while he’s at it.

Train Obsessive Note:  I have my quibbles about the technical presentation of the train – the main train we see is a completely invented car model, pretty obviously CGI about 80% of the time we see it, even though they use completely different-looking trains for establishing shots for some reason. Whatever legal tangles prevented them from actually using NYC MTA logos and names were probably worth sorting out, too – they seem to lose track several times whether their fake version of Metro-North’s Hudson Line is called “Hudson Metro” or “Hudson North”.

Also, the movie doesn’t know the difference between commuter trains and the city subway – look at those tile walls! I swear to you this is worth caring about!

An actual problem for non-obsessives like me will be the weird sense of community the movie ascribes to people who take the train every day. Neeson is shown to be close enough friends with the regular riders that he addresses them out of the blue like they work together; deputizes a few of them into his derring-do, even calls on them as character witnesses at a critical moment. In case you don’t take public transit and don’t know better, that just isn’t how things work.

So little in this movie is, though: It’s all just a simple play, a paean to fatherhood and decency and, above all, the common man. Non-Stop, Neeson and Collet-Serra’s plane thriller that might as well be a direct prequel to this, took its inspiration from high-society whodunits like Murder on the Orient Express, with each passenger on the most luxurious and modern means of travel having their own fancy little space and agenda. The Commuter is a more directly populist story, lionizing the blue-collar worker by turning them into heroes, with plenty of panache and speed – if I wanted to be unkind, I’d say it’s the exact kind of cleverly made idiocy that the masses are all but guaranteed to love.

I don’t think I’d like to characterize it that way, though: Everything’s tremendously silly if you look at it from the right angle. We’re a website named after a bus in a movie, who are we to judge a movie about a train?

The Post Is A Triumph of A Film Previous
BLACK MIRROR Season Four Review: "USS Callister" Next