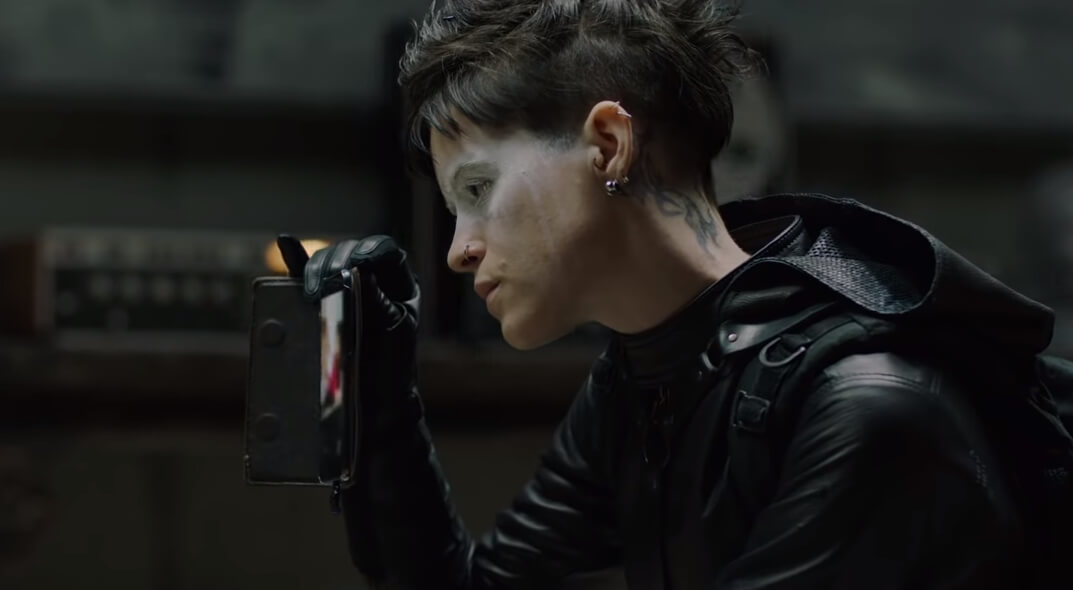 Not every director makes their debut film already fully formed, but when Fede Alvarez burst onto the scene with 2013’s Evil Dead remake, it was pretty clear what the Uruguayan filmmaker was all about: visceral bursts of blood, gore and other assorted horrors, delivered without the winking humour or comical over the topness that eventually came to define Sam Raimi’s original Evil Dead trilogy. While reactions to that approach were mixed, there was one thing everybody felt could’ve been excised from this remake: a recreation of the original’s infamous “tree rape” scene. A scene Sam Raimi expressed his disdain for in a video interview, denouncing it as “unnecessarily gratuitous and a little too brutal.” When you’re remaking a film, removing a scene even that films original director doesn’t like doesn’t seem that big an ask, but Alvarez opted to leave it intact, showing the act in an even more brutal way.

So, by the time Alvarez second feature Don’t Breathe rolled around and once again turned out to be a white knuckle horror thrill ride that caused controversy with an unnecessary and gratuitous rape scene, it started to seem like a pattern. When Alvarez got tapped to direct an adaptation of The Girl In The Spider’s Web,1 David Lagercrantz’s continuation of Stieg Larsson’s sexual violence-heavy Millennium series, shortly after that film’s release, it seemed like a logical choice, for better and for worse. On the one hand, Alvarez’s trademark viciousness suits the material. On the other hand, the material also seemed primed to have him indulge in his trademark vices again.

Now that the film is released, there is good news and bad news. The good news is that there are no on-screen scenes of sexual violence. It still figures in the backstory of several major characters, but that’s inherited from the source material. The bad news is that Alvarez’ other trademarks are nowhere to be found either, with the end result being a competently directed but limp and plodding revival of a series that probably didn’t have to be revived.

Once it became clear that a sequel to David Fincher’s 2011 adaptation of The Girl With The Dragon’s Tattoo was never going to get off the ground with the same cast, I can’t imagine anyone was really clamouring for this soft reboot/semi-sequel. Whether or not this The Girl In The Spider’s Web is a sequel to David Fincher’s film is left vague.2 There’s nothing that would really contradict it in the story—main protagonists Lisbeth Salander and Mikael Blomkvist already know each other, so this isn’t an origin story—but both Blomkvist and his colleague annex lover Erika Berger (Daniel Craig and Robin Wright in the Fincher film) are played by significantly younger actors this time around (Sverrir Gudnason and Phantom Thread breakout Vicky Krieps).

Not that it really matters, as Blomkvist and Berger are both pushed to the sides of the narrative. Whereas the Fincher film was essentially a doubleheader, this film is primarily a Lisbeth Salander (Claire Foy, stepping into shoes previously filled by Noomi Rapace and Rooney Mara) affair. At the start of the film, she is primarily a vigilante, hunting predatory men and making them pay for their sins. When she’s contacted by a former NSA employee (Stephen Merchant) who needs Salander’s help destroying a program he made called Firewall, which can take control of the world’s nukes, this sends Salander into a web of conspiracies, which eventually lead her back into contact with her estranged evil sister Camilla (Sylvia Hoeks).

If all that sounds to you like a far cry from the pulpy but reasonably down to earth storyline of previous Millennium outings, you wouldn’t be wrong. The Girl In The Spider’s Web is essentially a spy thriller, but not a particularly exciting one. Alvarez’ direction is competent enough, but he never really gets to cut loose in the way he was able to in his previous features. The only time this film comes close to repeating some of the viciousness is during a close quarters brawl between Salander and a few henchmen late in the third act, but even that is hampered by a convoluted set-up. The script by Alvarez, Stephen Knight and Jay Basu is definitely held back by the already not-great source material, but even with that caveat the story is particularly rote, with Hoeks’ villain never making a compelling case as for why the “hero’s evil sibling” trope shouldn’t have died with Austin Powers, despite the Blade Runner 2049-breakout’s best efforts.

The cast is almost absurdly overqualified. Apart from the players already mentioned, we have Lakeith Stanfield in a largely thankless role as a disgruntled NSA employee hot on Lisbeth’s trail, and last year Palme d’Or winner The Square’s Claes Bang3 as a ruthless henchman with an affinity for poison. But sadly, almost everyone is going through the motions, barring Hoeks and Foy, with the latter once again positioning themselves as one of the finest actresses of her generation. Even though she has to make do with the thinnest written version of Lisbeth Salander yet, she oozes steely menace for days. Her performance alone is enough to make you wish that the film around her was a lot better.

All in all, while not everything about The Girl In The Spider’s Web is awful—Pedro Luque’s cinematography does a nice job of conveying the chilliness of its various locations, and the kid sidekick the film inexplicably saddles Lisbeth Salander with for most of the middle act is tolerable as far as those types of characters go—it’s also too much of a nothingburger to make much of an impression. Alvarez naturally leaves the door open for a sequel,4 but it will be no great tragedy if that doesn’t come to pass.