An Ode to Fallen Heroes 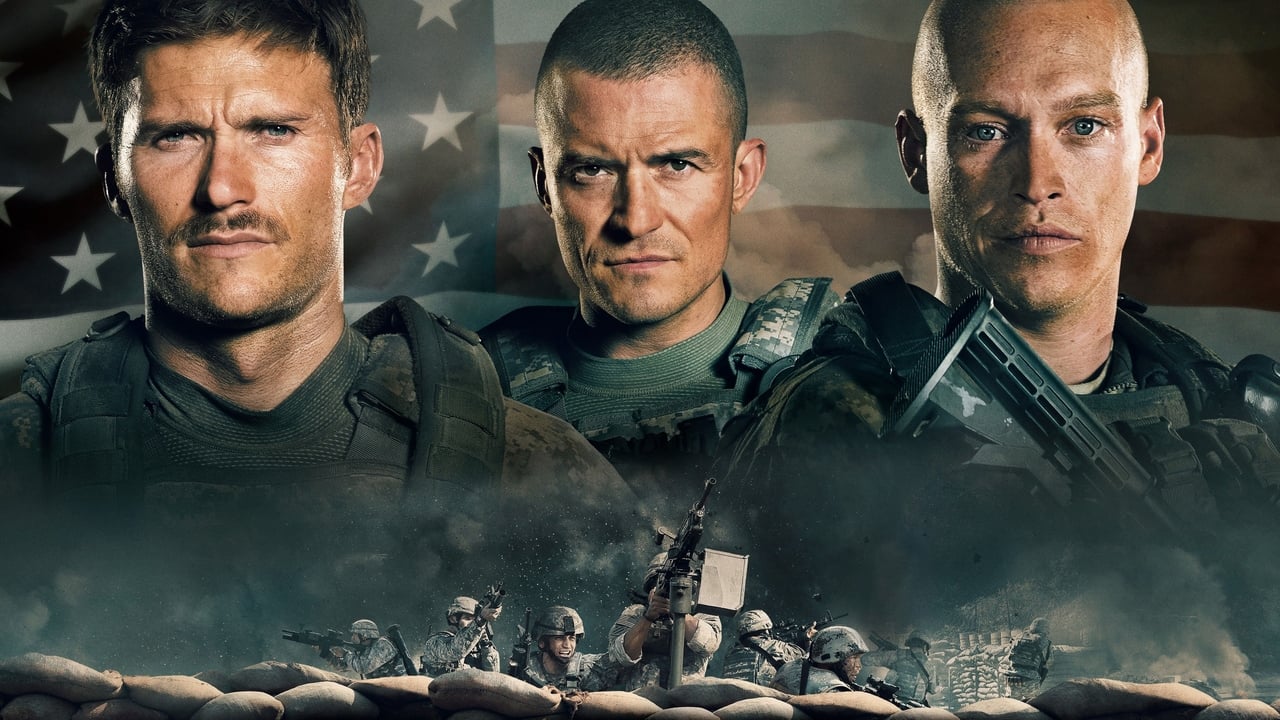 As we continue to come to terms with the violent and exploitative history of the United States and the power it wields, the desire to praise the incredible deeds of our nation’s service members can be a difficult proposition. We wrestle with a divisive legacy as well as our ongoing malaise of the Forever War in a post-9/11 landscape. Knowing all this, I still firmly believe there is great merit and purpose in the remembrance of all those who went above and beyond the limits of mortality, recognizing those who fought and gave the ultimate sacrifice. I also believe in recognizing the artistic merits involved in portraying such stories, as they can inform how our collective conscious. All of this is brought to bear in the new war film The Outpost, an uncanny and overwhelming experience which recounts one of the deadliest battles in America’s war in Afghanistan and the brave men who fought against impossible odds.

The central incident depicted in The Outpost is the Battle of Kamdesh at Combat Outpost (COP) Keating in Nuristan province, Afghanistan. In the early morning hours of October 3rd, 2009, a force of approximately 300 Taliban fighters massed to make a coordinated attack on COP Keating and the nearby observation post (OP) Fritsche. In contrast, the COP/OP held only approximately 70 US Soldiers from B Company, 3rd Squadron, 61st Cavalry Regiment, 4th Brigade Combat Team, 4th Infantry Division, along with 30-40 Afghan National Army (ANA) soldiers, as well as even two Latvian liaison soldiers. The base took fire from all sides and was nearly overrun, if not for the valiant efforts of the 3-61 Cav soldiers and the bevy of air support and emergency response forces that came to assist in a battle that lasted over 12 hours. This infographic training aide gives a summary of the tactical situation.

Although the movie hinges on this event, I was surprised to discover that The Outpost actually covers a much broader range of time. Rather than drag you through every second of unending chaos in one long brutal shock, the film instead takes us through a year of key occurrences and conflicts (both the armed and the verbal kind) on COP Keating, giving us deeper insight into the tense situation at hand. This is in part because the film uses the nonfiction book written by journalist Jake Tapper as its primary source text, which has in depth details surrounding the event. However, even more surprising is how liberally the script arranges real world events and folds them into the narrative, exercising substantial dramatic license for powerful effect. One example of this is the portrayal of CPT Benjamin D. Keating, played by Orlando Bloom (sporting a heavy southern drawl that seems handed down from the great Jason Isaacs as CPT Steele during their time together in Black Hawk Down). The COP, originally known as Firebase Kamdesh, was posthumously named after then 1LT Keating following his death in a tragic vehicle accident in 2006. In real life, it would be impossible for the soldiers at Keating in 2009 to have served under the person it was named after who died in 2006, but the film uses his story as well as the assassination attempt on Captain Robert J. Yllescas in 2008 to frame and flesh out this story of men in an untenable situation given an impossible task.

Some war movie clichés are perhaps unavoidable, but I believe that more often than not they speak to a certain timelessness and universality of the camaraderie between soldiers. This is evident as we are given brief moments with each soldier to learn their personalities, enough to get a general feel for the unit but not so much that we get deep dives into their interior lives and motives. Having said that, the two central characters we spend the most time with are Clint Romesha (Scott Eastwood) and Ty Carter (Caleb Landry Jones), the two men who would go down in history as recipients of the Medal of Honor for their incredibly brave and selfless acts during the battle. Eastwood’s depiction of Romesha is more in line with the classic handsome Hollywood hero archetype, right at home in a John Wayne movie or the works of Scott’s famous father. Though at times it feels at odds with the heavy sense of dread the film is trying to convey, his ability to show intellect and composure in the heat of battle gives credit and credence to the incredible leadership Sergeant Romesha displayed on that fateful day.

More fascinating, however, is Caleb Landry Jones’ portrayal of Ty Carter as a troubled outsider with a tumultuous past who rises to the occasion by exhibiting the highest caliber of selflessness and bravery in his efforts to save his wounded brothers. His atypical (for Hollywood) face and lanky body better represents the everyday people wearing the uniform, ordinary men in an extraordinary situation. Just as well, his many years of dramatic experience give tremendous weight to the ongoing peril. I was breathless, on the edge of my seat and on the verge of tears in one particular scene where Carter/Jones and his fellow soldiers race through a wide open field of machine gun and RPG fire in order to get their wounded comrade to the medic station after a critical injury. His momentary breakdown and gathering of himself to get back to the mission is what put me over. There has been talk of Delroy Lindo as an Academy Award contender for his career high performance in the Vietnam War film Da 5 Bloods; after seeing what he pulled off in The Outpost, I would throw Caleb Landry Jones’ name into that hat as well.

The wonderful performances work hand in hand with some truly inspired action cinematography. A big selling point for The Outpost is its use of one-take shots, a somewhat controversial technique in the current film climate. With recent films like 1917 and Extraction, some say the one take device is played out and devoid of meaning. Thankfully, The Outpost does precisely what I have wanted so many films using one-takes to do: It uses them intermittently to heighten dynamic moments of action, giving them room to breathe instead of beating you overhead with drawn out mayhem. The transitions between wide and close up shots move with an impressive fluidity such that you barely notice the action is uncut, while there are also moments when the movie is unafraid to perform a bit of overtly bravura wizardry.

Director Rod Lurie noted in interviews that his goal was not at all to glamorize war, and while I think that holds true for the most part, there may still be a bit of cognitive dissonance involved with the technical prowess of recreating such a disastrous moment in history. Nonetheless, the pure heart, commitment, and dedication to realism in the making of this film shines through beyond any doubt. Along with a crew of real-life military veterans serving as extras and advisors, there are also veterans of COP Keating in the main cast. This includes Henry Hughes starring as Sergeant Brad Larson, who was stationed there from 2007-2008, as well as Specialist Daniel Rodriguez, an actual survivor of the Battle of Kamdesh who plays himself in the film. Just as significant in the production of the film is the knowledge that Rod Lurie’s son, Hunter, tragically passed away during the making of The Outpost. That passion to honor all those who had died is palpable throughout the film and is what sets it above its peers.

The Medal of Honor is the highest possible award for valor in the United States. It is a prestigious acclaim that few people have received, yet both Carter and Romesha have stated candidly the irony of how it is an award for the worst day of your life. These men were set up for failure with unclear goals, yet they still managed to achieve the impossible. I can only imagine what it must take to achieve such greatness under such duress. I am proud of the awards I have received during my service, but I feel a constant tension between that pride and the transgressions against humanity that I took part in. It is a difficult thing, reckoning with the consequences of our military might. War might never be exorcised from the soul of man, but so long as it exists, at the very least we as a people are obligated to ensure that those who take part in it do so only when it is absolutely necessary and all other approaches have failed. In that regard, there is no shame in honoring the fallen and those who showed the utmost courage. Let their stories that live on in the citations of awards and great films like The Outpost serve not as glorification, but as stark reminders of the cost of war and a testament to the best of what humanity can achieve in its darkest hours.

An Ode to Fallen Heroes