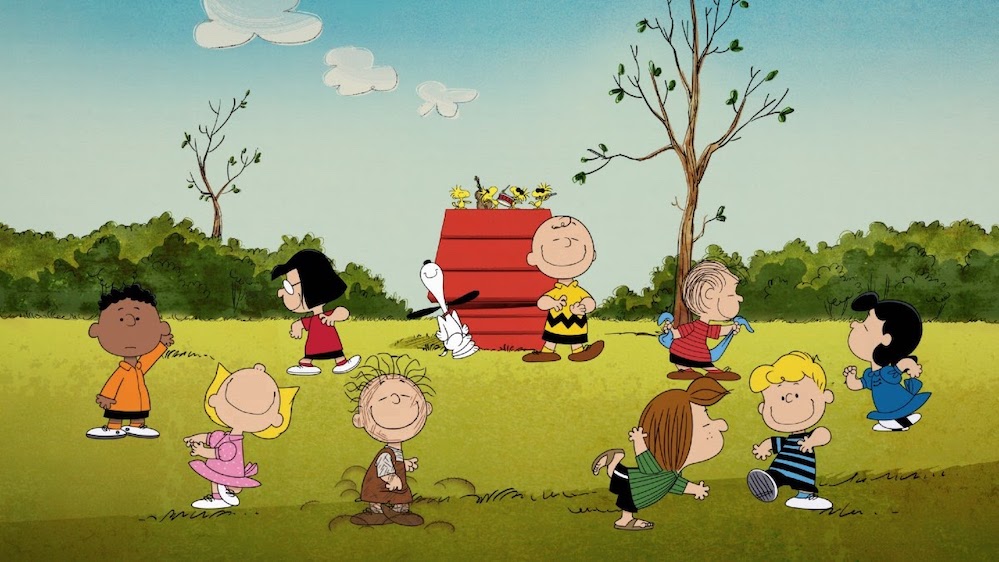 After tackling Snoopy’s space exploration on a serialized narrative, Peanuts returns to a more classic format with The Snoopy Show. The latest streaming entry consists of six 22 minute episodes with three standalone shorts, even though they sometimes share a common theme. This structure, along with a breezy energy and earnestness, make for an easily digestible experience. It’s the ultimate example of a comfort watch.

With Snoopy being at the center, this series focuses on physical comedy, as well as the events that take place inside the dog’s imagination. The latter do a great job expanding the scale of the show without sacrificing the intimacy and charm you associate with Charles M. Schulz’s comic strips. You don’t want to overdo Peanuts, so the show is smart enough to keep things simple, even when Snoopy is fighting against the Red Baron or diving in the depths of the ocean. The artists behind the show know how to use the benefits of animation and television narrative to their maximum potential. Every frame is brimming with depth and detail, always looking for ways to generate visual gags that make sense for this iconic setting and style.

Like all Peanuts adaptations in the last few years, The Snoopy Show succeeds in translating its world and characters to a more modern and swift style while maintaining the signature beats you’ve come to expect from that world. Fans of the comic strips will be delighted with numerous references, as well as the love for the source material the creators of the show very clearly put into this project.

While each episode works on its own, you can say the recurring theme is about trying to find positivity and wisdom in each situation in our lives. One of my favorite things about Peanuts is its utter lack of cynicism and malice. It’s a very pure world, with flawed, but easily likable characters doing their best to have a good time. Even if Snoopy is cheeky and has a tendency to make a mess out of things, he’s always willing to help, bring joy and leave things a little better than he found them. That’s because he doesn’t see responsibility as a chore, but as an exciting mission to fulfill. Snoopy’s imagination gives him the necessary optimism to push through his problems.

Snoopy may be the focus, but the other members of the Peanuts gang still get space to shine and remind us why they’ve been so remarkable for more than 70 years. The show has plenty of anxiety-inducing moments for Charlie Brown, as well as landmark scenarios like Halloween celebrations, snow days and school presentations. Naturally, the dynamic with Woodstock is a good part of each episode’s plot. We even get to see an origin story for the friendship between the beagle and the bird, as well as a birthday party that puts their bond to the test. Snoopy often gets in the nerves of everyone around him, but his nobility, ingenuity and humor ultimately win everyone over. After all, Peanuts is all about maintaining a happy spirit in the face of adversity.

As a Peanuts fan, I’m thankful that the partnership with Apple TV+ is contributing to keeping the spirit of Schulz’s work alive and kicking in this day and age. Just goes to show, once again, the timeliness of his vision, as well as his capacity to speak to people across multiple generations.