“Some fights are worth losing.” 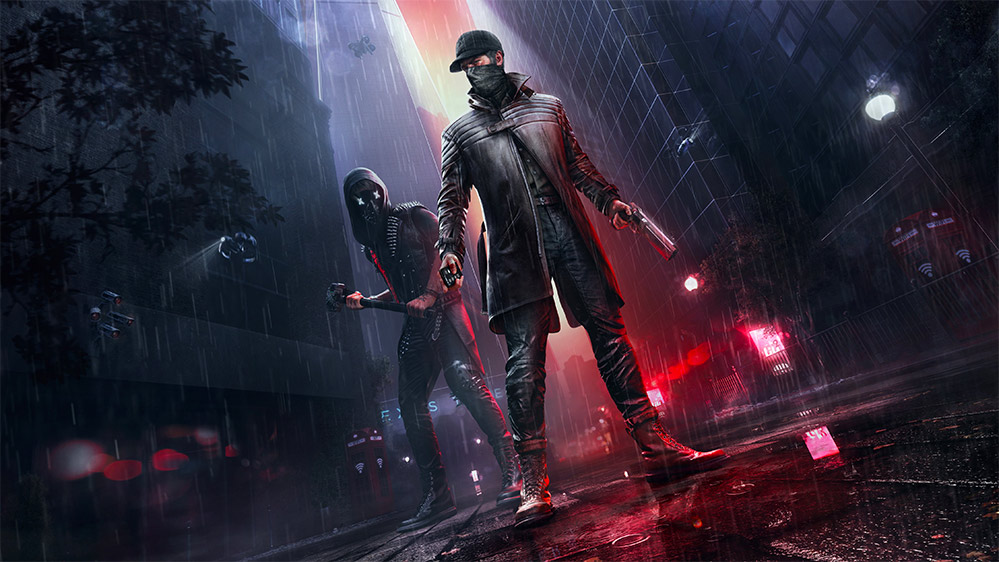 “I don’t look back anymore. I don’t regret. I look forward. Everything is connected, and I’ll use that to expose, to protect, and if necessary, to punish.”

Those were the last words spoken by Aiden Pearce at the end of Watch Dogs. But as we see in Watch Dogs: Legion – Bloodline, that turned out to be easier said than done. The hacker vigilante is back as a playable character, and he’s not exactly in a better place than he was before. The DLC introduces him sleeping in a car under a Chicago bridge, hinting at the fact that he’s not enjoying a super healthy lifestyle. His frenemy and criminal contact Jordi Chin offers him a fixer gig in London. What motivates Aiden to take it is that his estranged nephew Jackson lives in the English capital, so it’s an opportunity to repair their broken relationship.

Aiden is now much older and way past his prime. He gets tired and beaten easily. And the futuristic setting of Watch Dogs: Legion frames him as a bit of a relic. Aiden used to be the best at dispatching criminals, but he’s not quite as well equipped to deal with robots and drones straight out of a Terminator movie. Seeing Aiden in these conditions after so many years has a melancholic effect and draws a clear picture of his life in the years between the first game and Bloodline. He has become even more bitter and cynical. He now thinks that his fight against crime will never end, and that the positive results that come out of it will eventually be overshadowed by new and bigger threats to society. He continues to be a vigilante not out of a sense of heroism, but because he has destroyed his life and doesn’t conceive it any other way. Deep down, he hopes to finally die so his pain and regrets end. The events of the first game still haunt his nightmares and stop him from feeling even a modicum of happiness.

Jackson Pearce, who unfairly suffered the consequences of Aiden’s recklessness, shares notable similarities and differences with his uncle. Unlike Aiden, he has learned to live with his traumas and started a promising career in engineering. However, he has the idealism, street smarts and hatred for injustice that motivated Aiden to become the crime fighter known as The Fox. It’s just that Jackson prefers to use those qualities in protests against the rising authoritarianism in London rather than in vigilantism. He’s afraid of ending just like Aiden. Some of the best character moments are when Jackson is freaked out by Aiden being so casual about getting into gunfights.

When Aiden finally reunites with Jackson, he starts to re-question the choices that lead him to his current state. Because, even though Jackson definitely still has rancor against Aiden for messing with his life, he holds some affection and wants to see his uncle do better.

Bloodline also sees the return of Wrench: one of the members of the San Francisco DedSec cell from Watch Dogs 2. Although Wrench’s journey serves as an effective parallel to Aiden’s, he’s essentially a second protagonist with agency of his own. At first, his goals oppose Aiden’s, but Wrench knows that Aiden has his heart in the right place and shouldn’t be treated like an enemy, even though Aiden is skeptical of Wrench’s weird methods. Similar to Aiden, Wrench has become alienated from his friends because he’s focused on a man that messed with his life. In this case, robotics magnate Thomas Rampart, who is using Wrench’s ideas to power an army of murderous robots.

What I liked about Wrench in Watch Dogs 2 is that he served as comic relief, but also provided the most emotionally resonant moments in the game. Wrench in Bloodline is still as quirky and humorous, but it’s always clear that’s just a persona to hide a man who’s insecure, but strong and determined to do the right thing. For all the chaos he can bring, he’s a trustworthy, intelligent and resourceful ally.

As the story progresses, Aiden, Wrench and Jackson help each other not only to defeat the bad guys, but in finding a semblance of inner peace.

A good part of what makes Bloodline so fun is the return of voice and mocap actors Noam Jenkins as Aiden Pearce and Shawn Baichoo as Wrench. Their performances were a fundamental part in shaping the personality of their characters in the past,  and hearing them bounce off each other was amusing because they’re so drastically different. Jenkins sounds intimidating and weary, while Baichoo lends a sense of mischief to make the brooding atmosphere feel more lighthearted when it’s needed.

As for Thomas Rampart, he doesn’t reach the heights of the best Watch Dogs villains, but he works well enough as a loathsome and pathetic megalomaniac who’s not as smart as he likes to think.

What’s delightful about Bloodline is that it understands that Aiden Pearce, as flawed, reckless and questionable as he is, used to be a loving and caring man who lost his way in his quest to do the right thing. Is it possible for him to get his life back together, find redemption and start from scratch? Jackson certainly thinks so. In fact, one of the highlights in the DLC is a mission that, without giving too much away, takes a look inside Aiden’s mind and the intrusive thoughts that punish him every day, which highlights the fact that he’s a messy and complicated antihero whose aggressive methods led to the downfall of many notable crime lords, but scarred innocent lives in the process.

Even though I liked the dynamic of playing as random citizens in the main campaign of Watch Dogs: Legion, going back to characters with clearly defined personalities and inner lives was a satisfying experience, and it reminded me why I became a fan of the franchise in the first place. Sure, hacking cities and punching criminals is a lot of fun, but Watch Dogs is, at the end of the day, a series about individuals defined by living in a surveillance state and giving it a taste of its own medicine, even if their personal lives take a hit as a result.

“Some fights are worth losing.”