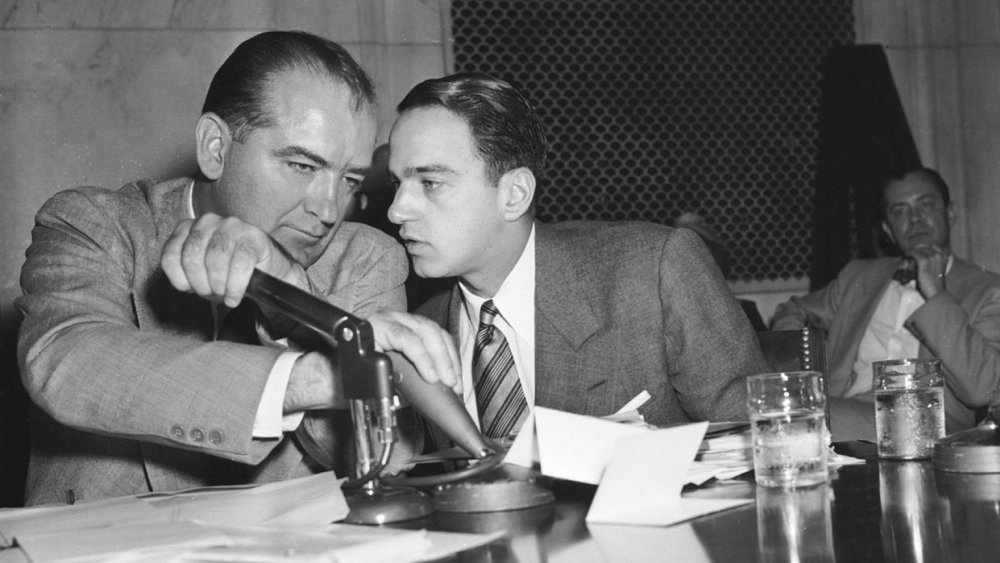 Evil is compelling. We’re drawn to villains, both real and created. Roy Cohn was the ultimate heel, a lawyer with no care for ethics—winning was the only objective. He helped put people to death, ruined the lives of hundreds of “communists” in the McCarthy hearings and eventually influenced our Big Wet President himself as his personal attorney. Where’s My Roy Cohn documents all of this, painstakingly detailing the facts but providing little in the form of insight into one of the most notoriously malevolent men of the 20th century.

A big issue with Where’s My Roy Cohn is that, due to his death thirty-plus years ago, there aren’t any contemporary interviews with Cohn. One of the most interesting parts of these style of documentaries is digging into the mind of the subjects. Get Me Roger Stone, a film that Roy Cohn is clearly influenced by, did this perfectly by making Stone (one of Cohn’s proteges and an interviewee here) essentially sell his own narrative. Letting the devil set himself up for the documentary to tear him down will always be more entertaining and artistically pleasing than just relaying facts. Something like The Act of Killing opens with a man cha-cha dancing after demonstrating how he would murder innocent people efficiently with minimal clean-up and ends with him questioning everything about his life. Roy Cohn isn’t able to do this via interview with its subject, and it doesn’t figure out a way to challenge his persona without this.

The film brings up Cohn’s many questionable-to-downright-evil acts, from the executions of the Rosenbergs to him being the biggest influence on President Pudding Brain. It amounts to very little, though, as it’s basically just a dry rundown of these events. The lack of commentary is striking, as Cohn seems like a person rife for probing, particularly today.

For instance, it’s odd is that the film doesn’t really interrogate the idea that Cohn, a man who spent his entire career working for and hobnobbing among the conservative elites, was flamboyantly and openly homosexual. He would deny it in public or in interviews, but he was never afraid to show up to social events with the haughtiest members of society with blonde, fit young men on his shoulder. The film notes that he died of AIDS, but barely has any commentary on the fact that he spent his final years helping the same people responsible for letting the AIDS epidemic get out of hand while hoarding experimental medications to treat his condition.

Cohn was an absolute monster, responsible for destroying a multitude of lives because of hypocrisy, shame, and a compulsive desire to “win” at all costs. Where’s My Roy Cohn certainly chronicles his misdeeds, sins, and crimes, but it doesn’t have anything to say about them. The film is stuffed with facts and interviews, but there isn’t much to glean or hang on to when the credits start to roll. There is an educational value to the breadth of information held within Where’s My Roy Cohn, but as a work of art or entertainment it struggles to find a purpose.