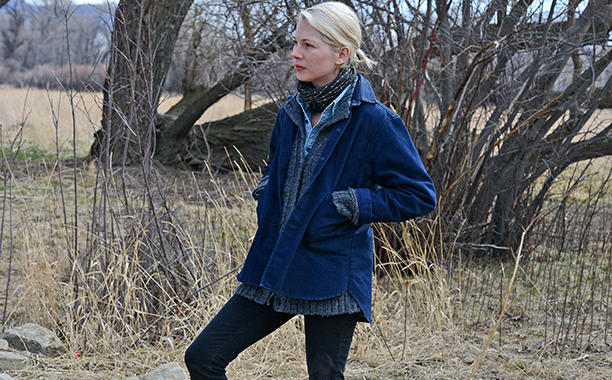 Kelly Reichardt has quickly become one of the hottest directors in the independent cinema scene of the past decade.  2013’s Night Moves and her previous collaborations with actress Michelle Williams (Wendy and Lucy and Meek’s Cutoff) have placed her and her films at the forefront of the film festival circuit.  Having premiered in January at the Sundance Film Festival to rave reviews, Reichardt’s latest, Certain Women, lives up to these lofty expectations and provides an incredible canvas for some of the best performances of the year.

Set in rural Montana, Certain Women follows the stories of four women as they attempt to navigate the seas of sexism, heartbreak, intimacy, disappointment, and monotony.  The first story follows lawyer Laura Wells as she tries to satisfy her client’s attempt to sue his former employer for negligence.  The second plot follows Gina Lewis as she and her husband attempt to build a home from scratch in the Montana wilderness.  Finally, the third plot follows Jamie as she struggles with the loneliness of tending to a ranch in an isolated part of the state, and her burgeoning friendship with school law instructor Beth Travis.

More a series of short films than a complete narrative, Certain Women somehow creates a cohesive film out of these tangential vignettes.  It’s a film that, on paper, seems unlikely to work as a compelling narrative, but comes together beautifully in the hands of director Kelly Reichardt.  Reichardt, who also wrote the script, fills her characters with deeply personal touches, but never sullies in the maudlin or melodramatic. Instead, she focuses on what makes these characters human.  The film is funny, lively, and full of personality that lets the relative slow pace of the narratives feel welcome, as we enjoy spending time with our characters.

Laura Dern fits a lifetime’s worth of simmering ire and bitter resentment into attorney Laura Wells.  Constantly dealing with a world that treats her with indifference or disdain, Dern’s Wells always feels both near a breaking point yet totally in control.  Dern is simply fascinating in the role, filling her character to the brim with moments of longing and desire, as well as moments of resilience and strength.

Opposite Dern is Jared Harris as Fuller, Wells’s needy and unstable client.  Harris is charming, funny, and simply delightful in what is an easy role to make overly depressing.  Fuller’s story is one of great darkness, and the Harris lands each of these moments with an underlying sadness, but rarely allows it to become his characters defining characteristic.  Harris’s even-handed portrayal of Fuller allows his emotional and mental breakdown as the story wears on to be ever the more powerful.

Gina Wells is played with a fire by Michelle Williams, stealing the show with an intensity and gravitas that is unmatched by any performance so far this year.  Williams plays Wells with a stone cold demeanor and focus, stopping at nothing to get the sandstone she desires for her dream home.  Williams is often introspective, acting through her eyes and subtle expressions, which is perfect for the calculating Wells.  Her performance is simply stunning in its fullness and depth, and Williams deserves an immense amount of credit for bringing this character to life.

Kristen Stewart has become a darling of independent cinema since her star-making performance in Twilight, and she’s magnificent here.  She supplies her Beth Travis with a frazzled demeanor and a charming sense of humor that perfectly counterbalances her interactions with Lily Gladstone’s Jamie.  Stewart has often been negatively described as an actress who struggles with conveying emotions, but her turn here is full of subtle emotional moments that lean into her strengths as an actress.

Opposite Stewart is relative newcomer Lily Gladstone in one of her first feature films.  Gladstone is fantastic as Jamie, an introverted and lonely ranch hand, solely tending to the horses during the Montana winter.  Gladstone does an incredible job of simmering her emotions under the surface, often masking a deep pain and forlorn nature.  She has a great chemistry and emotional intimacy with Stewart’s Travis, and their scenes together, particularly their late night horseback ride to a roadside diner, are as powerful as any romance put to screen.

What is truly amazing about this film is the agency that each of these characters has on their own stories.  Given the current lack of female writers and directors currently in Hollywood, It’s a jolt to the system when a film is full of strong willed and realistic female characters.  None of these women are merely wives or side-kicks; they are all the focal point and primary instrument of their sections of the film.  Wells’, despite being held hostage by a disgruntled Fuller, remains fully in control of her own narrative. Lewis, even when dealing with her undermining husband and sexist sandstone owner Albert, is always the driving force behind her scenes.  Even Jamie and Beth, whose section is full of awkward silence and glances, dictate their own terms of their relationship.

Enough praise cannot be heaped upon Kelly Reichardt for her ability to make this film truly special.  It would be a disservice to simply look at this film as an actors’ (or in this case, an actresses’) showcase, as Reichardt does a sensational job of displaying the beauty, as well as the desolation of life in Montana.  Certain Women is a superbly well-made film that transcends its seemingly episodic structure and sheds a light on everyday life with a tremendous amount of care and compassion.