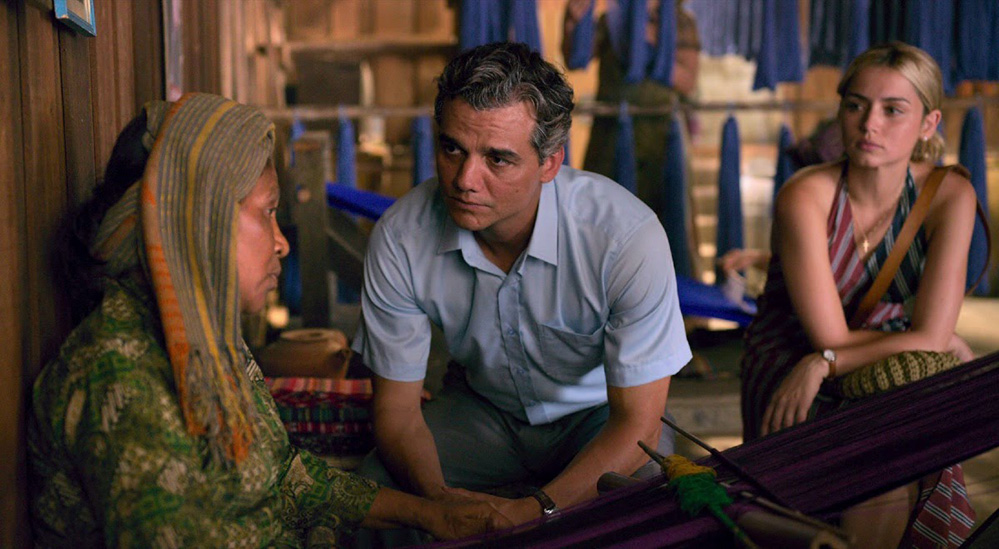 The war in Iraq has been abundantly covered by Hollywood, usually narrating the experiences of the Armed Forces. So for me, as a Latino, the big hook for Netflix’s Sergio was witnessing the conflict from the perspective of Brazilian United Nations diplomat Sérgio Vieira de Mello. It seemed like a fresh angle with a fair share of potential.

Initially, Sergio does focus on de Mello’s efforts in Iraq, where his pacifism is at odds with the U.S. government’s imperialist agenda. At a time when American authorities are basically telling Latinos to go screw ourselves, it’s quite energizing to see a Latino figure with the courage to challenge America, as well as a global system that was perfectly okay with centralizing powers in the country. Not to mention the added layer of Latin America being often treated as a playground for the U.S. to inflict human rights abuses and interfere with local governments. De Mello’s story is about an idealist trying to work within the limits of an organization that’s supposedly about establishing order and oversight, but is essentially unable to do so when it comes to America, since the country is its main source of funding and bureaucratic buildup.

Unfortunately, Sergio’s potential is hampered by a clumsy non-linear structure that ends up being about three different plotlines, which constantly drain each other of momentum. The presence of flashbacks is so excessive to the point of being distracting. The whole film also unnecessarily revolves around one sequence: de Mello’s death in a terrorist attack at the U.N. quarters in Baghdad. This is particularly problematic because the moment in question is dragged for way too long, and all for it to lead to a foregone conclusion. For all its screen time, there’s not as much drama as in the rest of the film, and it all becomes repetitive very quickly.

Sergio also tackles de Mello’s work to achieve the independence of East Timor from Indonesia, which eventually led him to that fateful job in Iraq. This part is also interesting, but not as much as the Iraq one. Especially because it’s solved with relative ease, and de Mello’s struggle against America’s abuses has more thematic weight. The other major angle in question is de Mello’s romantic relationship with economist and U.N. colleague Carolina Larriera. While not boring by any means, this section lacks the sense of urgency found in the negotiations with revolutionary leaders and politicians. The script tries to inject a clash between the couple, but it ends up underdeveloped, just like a brief subplot about de Mello having virtually no time for his estranged sons in Brazil.

In charge of playing de Mello is Wagner Moura, who carries himself with charisma and dignity. His friendly screen presence and alluring voice help the audience to understand de Mello’s appeal as a diplomat and a man of the people; firm and determined with individuals in positions of power, and empathetic and warm with the most unfortunate. Ana de Armas, on the other hand, gets a considerably less meaty role as Carolina Larriera, especially since she doesn’t have a lot agency outside of her relationship with de Mello. However, her chemistry with Moura, as well as her natural confidence in front of the camera, make their scenes together click.

On the one hand, Sergio is a flawed and frustrating film, because it had the premise and talent to be great, and it’s squandered on a messy script that needed a few more drafts. On the other hand, I can’t help but appreciate its existence for having a Latino character at its center and not indulging in the same tired cliches we see in Hollywood films about Latino issues. Especially because it’s about a Latino who was a positive influence for everyone around him, didn’t let cynicism get in the way of his work, and realized the importance of challenging the status quo in the path towards peace.

The Bus Stops Here: The State of Cinema Previous
Isolation Nation: Volume 4 Next