The collaboration between Peanuts and Apple TV+ is off to a great start. 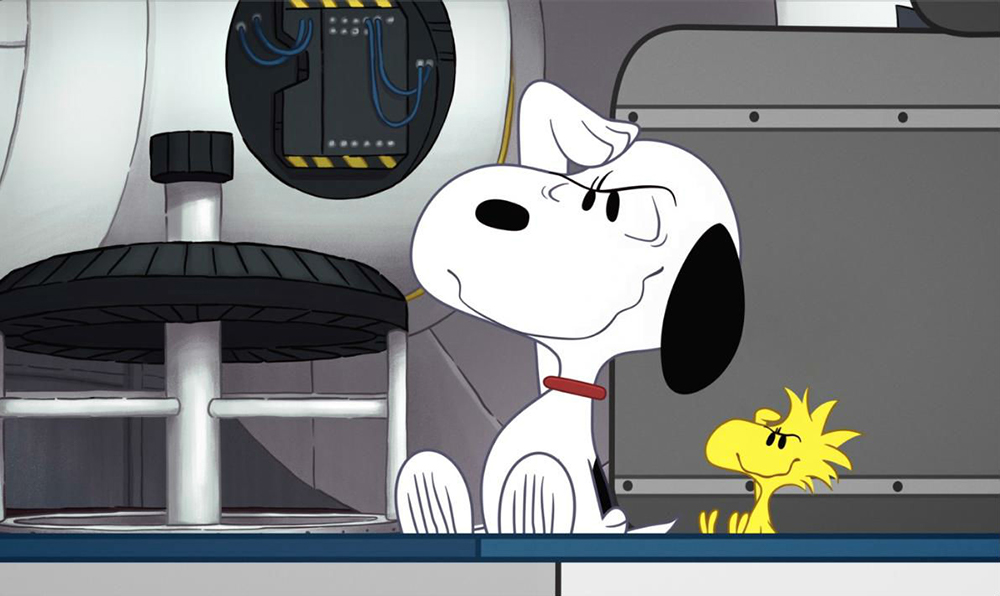 In recent years, Peanuts has been doing an excellent job adopting animation styles that jive with modern sensibilities while respecting the essence of the comic strips written by Charles Schulz, as well as the older cartoons. The Peanuts Movie took full advantage of the possibilities given by a theatrical screen projection, and the official YouTube channel provides joyful shorts in spades. Making its streaming debut along with Apple TV, Snoopy in Space continues this streak of success.

Even though the title suggests something with a large scope, this new series stays very much within the intimacy that characterizes Peanuts. Charlie Brown and the gang find themselves at NASA to support Snoopy’s dream of becoming a celebrated astronaut. At first, NASA’s quarters and spaceships seem imposing, but once the characters settle in, they become a spiritual replacement for classic Peanuts scenarios like the school, the baseball field or even the brick wall where Charlie Brown and Linus vent their frustrations. The show has a lot of fun coming up with inventive ways NASA’s equipment can support the comedy on display.

You could say that, in broad terms, there are three types of Peanuts stories: Charlie Brown fighting to overcome his crippling insecurity, the gang coming together to win a challenge, and Snoopy adopting a quirky persona to immerse himself in larger than life adventures. As the title suggests, this is a Snoopy-centric romp, but it can be described as a combination of all three types of Peanuts stories, adding an event feeling to the proceedings in a similar fashion as The Peanuts Movie.

An important objective of Snoopy in Space is to present interesting facts about NASA (which provided footage for the show) and space exploration, especially for kids. These bits are later implemented into the story to make sure they’re assimilated in a cinematic fashion and don’t just stay as didactic exposition. Said parts are often carried by a kid (especially Franklin and Marcie), but also, by the charismatic artificial intelligence C.A.R.A. Brought to life by a heartwarming Nicole Byer performance, C.A.R.A. is a welcome presence as a mentor figure who guides Snoopy, as well as the rest of the gang, through the complex rituals of NASA, making sure everyone is comfortable while also maintaining order when the characters get out of control.

As entertaining and lighthearted as everything is, Snoopy in Space makes room for compelling conflict in the way Snoopy and Woodstock clash over how to handle their work (only to realize they perform better when they leave their egos aside), Charlie Brown’s fear of having his dog so far away and in such a dangerous situation, leading him to ponder on his deepest anxieties; and even in how Snoopy assimilates to life back on Earth after going through an astonishing experience that only a handful of people know.

Streaming proves to be the perfect platform for Peanuts, since each episode stands on its own, but at the same time, the series is so easy to binge-watch and revisit that it can be experienced quickly as a satisfying 96 minutes whole. Even though the hook is amping up the gang’s adventures to a more extravagant and visually ambitious degree, Snoopy in Space remains loyal to the idea that Peanuts is, first and foremost, about taking complicated and poignant subjects to make them easily digestible for children, and sure enough, even adults.