A Brief, but Meditative, Glimpse at the World of an 85-year-old Sushi Master 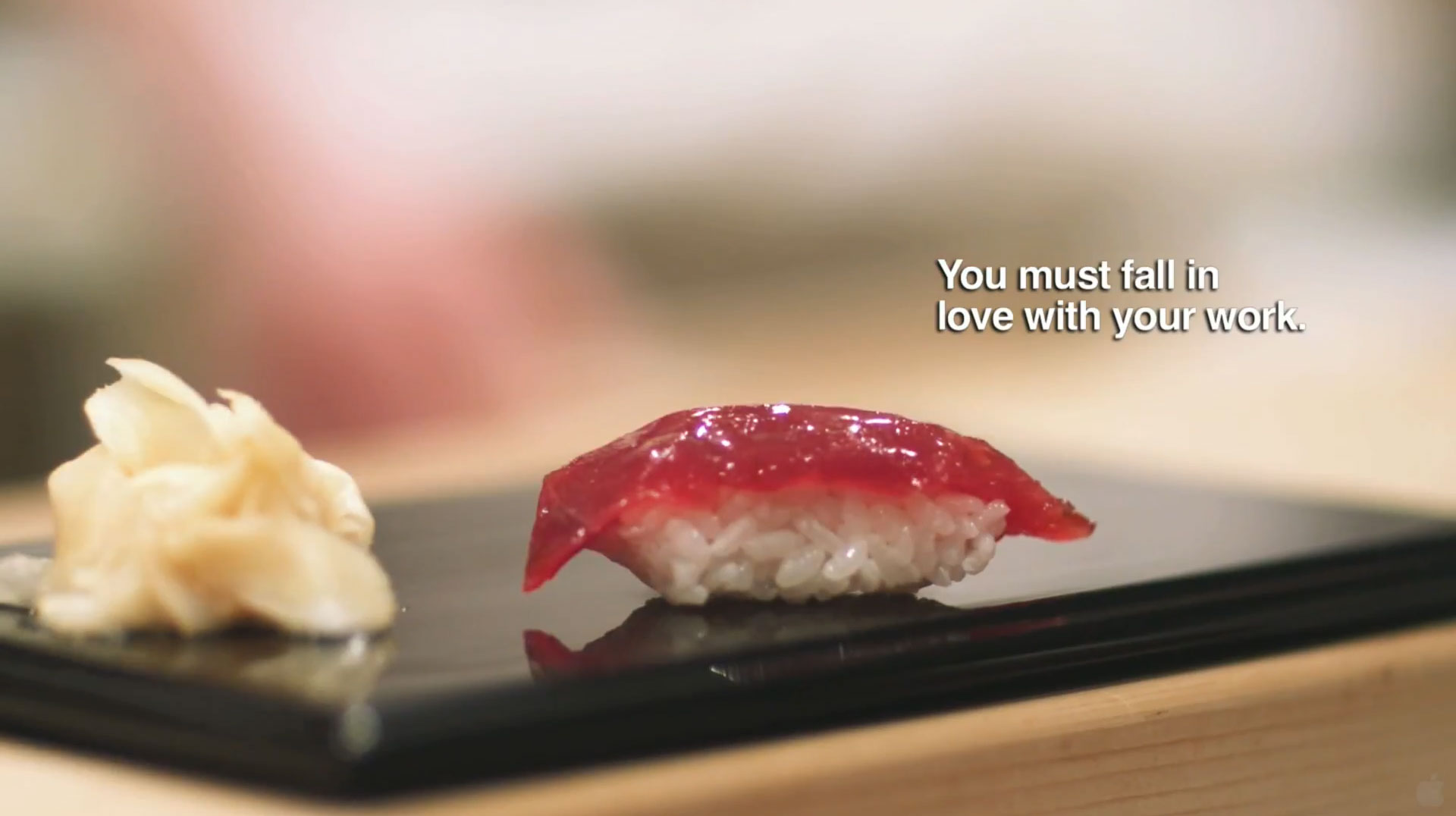 When most people think of a documentary, they think of a journalistic look at an important issue or a historical look at the past.  Some documentaries, however, provide a glimpse into the extraordinary in the day-to-day lives of ordinary people.  These slice-of-life films can show us something truly special among the monotony of everyday living, and Jiro Dreams of Sushi is one of the finest examples of this style of filmmaking.

Jiro Dreams of Sushi takes us into the world of Jiro Ono, an 85-year old sushi chef and owner of one of the finest restaurants in the world.  The oldest chef to receive a three-star Michelin rating, Jiro has dedicated his life to constantly improving his abilities as a sushi master.  The film takes a deep dive into the world of Jiro and his sons and provides a look at the dedication and determination these men possess as well as the sacrifices they make in order to become the best at their craft.

The first thing that popped in this movie is how lovingly the food is displayed on screen.  Each dish is shot in a way the borders on culinary eroticism, with the camera tenderly and provocatively capturing the sushi on display.  David Gelb’s cameras are in love with the platters of food, always ensuring that each one looks more succulent than the last one, matching Jiro’s constant desire for improvement.  It is near impossible to watch Jiro Dreams of Sushi and not spend half the runtime trying to stop your mouth from watering too much.

At 81 minutes, Jiro Dreams of Sushi is a wonderfully paced film.  It lingers just long enough to let scenes breathe and let these individuals shine, but Gelb never lets a scene wear out its welcome.  The editing team does a phenomenal job of providing just the right amount of information, not too much and not too little.  The scene introducing us to the fish market fill us with information as to the purchasing process for Jiro’s restaurant, but it doesn’t linger too long on the process, instead using the time to develop our understanding of the Jiro and his Sons, as well as the perfectionism inherent in running the world’s best sushi restaurant.  This lean, fast-paced style perfectly matches Jiro’s simplistic style of preparing sushi.

Jiro is simply one of the most interesting individuals I’ve ever seen on film.  Between his abandonment as a young boy to his perfectionism as the ultimate chef, every aspect of Jiro’s story is unique and compelling.  It’s fascinating just to watch Jiro as he studies his patrons, memorizing how they eat, what hand their eating with, how they’re sitting, and every other aspect of their dining experience.  You can feel Jiro’s deep-seeded desire for every dish to be his finest he’s made.

Listening to Jiro and his fellow sushi chef sons, Yoshikazu and Takashi, discuss their lives, upbringings, and work ethics was such a unique contrast to American values and traditions.  Hearing tales of Jiro being essentially abandoned at nine years old and his never-ending dedication to his craft, to the point of never being around for his children, at first seems horrible to the American viewer.  Jiro’s smile and joyous demeanor, as well as the sons’ acceptance of their father’s work and dedication, provide a stark contrast to the unhappy tales being discussed.

Equally compelling are the men’s attitudes towards religion and companionship.  In a brief aside from the more usual daily tasks the film shows us, Jiro and his oldest son Yoshikazu go on a trip to see Jiro’s hometown and his childhood friends.  Jiro, who rarely takes a day off, appears genuinely excited to see his friends, and never once seems to judge the food at any of the restaurants the group attends.  He and his son also visit his parent’s gravestone, cracking jokes about their abandonment and blaspheming in the Buddhist temple.  These scenes are a mere five minutes of the film’s runtime, but they provide a fascinating look at the personality of these two men.

Much like the man himself, Jiro Dreams of Sushi is an unassuming film that will take you by surprise with its fascinating tale.  Jiro’s is a remarkable story, one as inspiring as it is unusual.  It’s impeccably made and impressively brief, packing a feature film-length narrative in a short amount of time.  Jiro Dreams of Sushi is a simple and mesmerizing look into the soul of a man that forces the audience to glance at their own reflection and wonder “can I accomplish more?”

Jiro Dreams of Sushi is available to stream on Netflix and Amazon Prime.  Next we’ll be continuing Doc-Tober with the 1988 life-saving film The Thin Blue Line.

The Wars On Film: Twelve O'Clock High and The Importance... Previous
Scottsdale International Film Festival: NEITHER HEAVEN... Next

Review: PICK OF THE LITTER