The nicest character in this movie is a ferocious mountain lion. 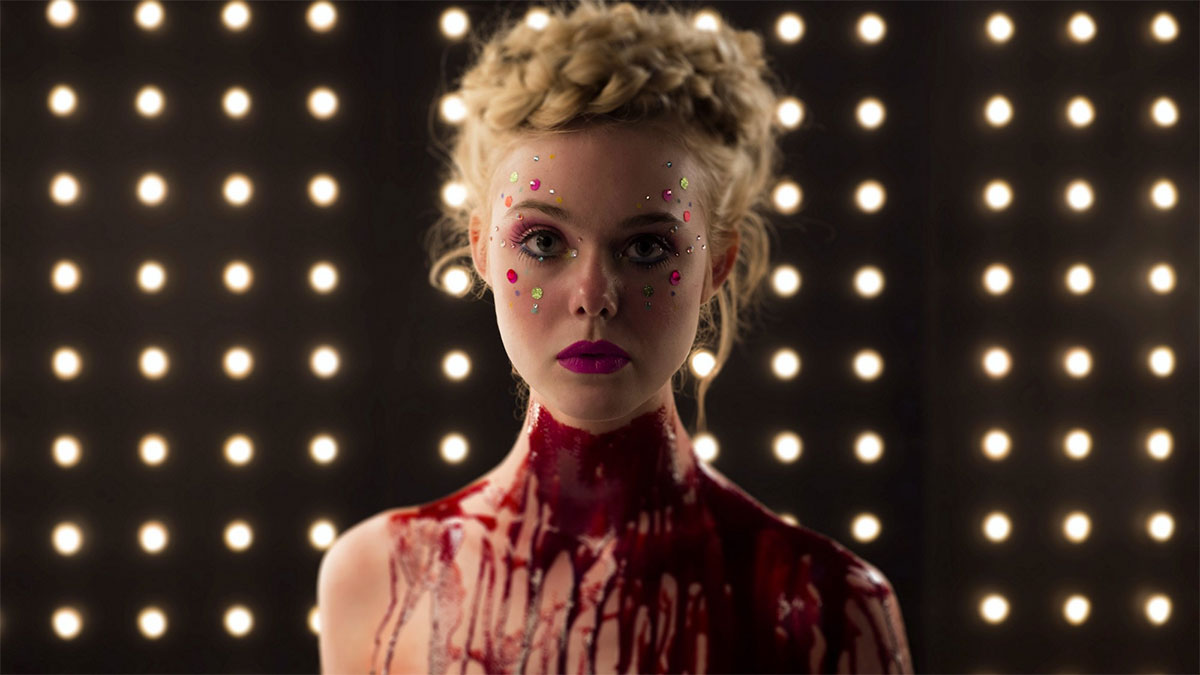 A girl moves to the big city searching for stardom. How many movies start that way? Jesse is a small town babe in the black-lit woods of Los Angeles. An instant success in the fashion world thanks to her natural beauty and seeming innocence, she stands out from her cynical, older and highly engineered colleagues. Success leads to jealousy. Jealousy leads to betrayal.

While the basic premise of Nicolas Winding Refn’s The Neon Demon is perhaps overly familiar, the execution is bizarre and expressionistic. Refn has crafted a neon-tinged fever dream of a film that feels like a mélange of Dario Argento, David Lynch and exploitation cinema. It’s gorgeous, horrifying and at times deeply uncomfortable.

A lot of that discomfort comes from the casting of Elle Fanning. She’s sixteen playing sixteen here and everyone in the film wants her in some way or another. Some want her sexually and the camera reflects this, making the audience complicit in the characters’ lechery.  Others want her for mercenary reasons. Still others want to take what she has: youth, beauty, innocence. As presented here, Los Angeles is populated entirely by predators, and Jesse is a beautiful rube, oblivious to the circling dorsal fins. The only person who comes close to being a decent human being is nevertheless a grown man who wants to bang an underage girl.

As far as Jesse herself, it’s never clear how much of a rube she really is. Yes, she often seems like a lamb among wolves, but she also displays a knack for manipulation, and she drops hints that her past wasn’t exactly apple pie and butterflies. She knows what she looks like, she enjoys it and she recognizes that that makes her “dangerous.”

With a few exceptions (such as a brutally cold and clinical audition scene), the visual landscape of The Neon Demon is high contrast, high saturation and highly stylized. Combine this with some unconventional editing choices, production design, a languid pace and a stellar synth score by Cliff Martinez, and you get the vibe that we’re not really seeing the L.A. fashion scene but some sort of hellish demimonde, utterly separate from reality. I can see the jokes coming: the fashion industry is already a hellish demimonde, utterly separate from reality, but at times The Neon Demon feels like it’s set in an alternate dimension. We never actually see Jesse (or anyone) walk the catwalk. When she is picked to close out a high-profile show she emerges into an abstract space of neon and darkness, accompanied only by reflections of herself.

That mirror imagery comes up again and again throughout the film. The motif reflects the narcissism of the characters, but it’s also disorienting. Characters will exchange dialogue while facing away from each other and scenes will play out at least partially shot through mirrors, leaving the audience unsure of the geography of the space. It’s a cliché that filmmakers love to screw around with mirrors, but I can’t judge Refn for it when he does it so well.

The climax all this is building to is disturbing and transgressive in ways you don’t normally see in wide-releases, but the blow is softened by how off-kilter the rest of the movie is. “Old fashioned fairy tale carnage shot through a lens of pulpy exploitation” seems the right way to wrap it all up.

Consciously or no, The Neon Demon matches its fashion world setting. It’s flashy, gorgeous, decadent and sort of shallow. It doesn’t break any ground thematically and it discards subtext for just plain text.  But do you know what? It’s so well done that it works. It works really well. It’s not his best film, but Nicolas Winding Refn has managed to take a pedestrian concept and work it into something so audacious and beautiful that you can’t take your eyes off it.

It’s what every fashion designer aims for. Usually without all the blood.