A tone-deaf combo of white saviorism and lukewarm craftsmanship 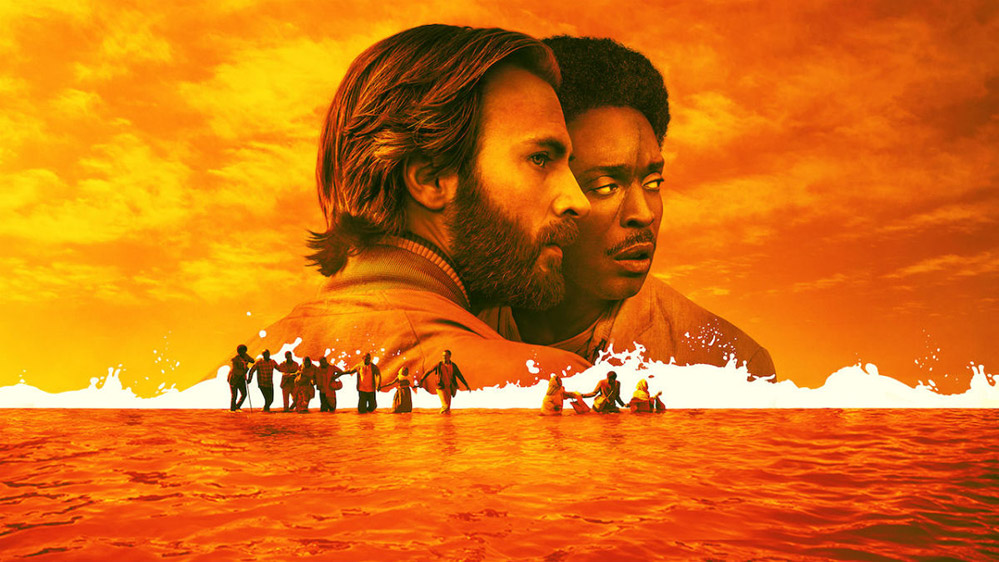 For the last eight years, Chris Evans has stood out for playing leaders thanks to his natural charm and earnestness. His latest effort, Netflix’s The Red Sea Diving Resort continues that tradition and places Evans in another role where his ability to make the audience root for him drives the proceedings. Although in this case, the results are not the most successful.

The Red Sea Diving Resort is the story of a Mossad team in charge of exfiltrating Jewish Ethiopian refugees to Israel. In order to do so, they take possession of a hotel in Sudan, which serves as their base and cover for their operations. It’s definitely an interesting premise to tackle. Unfortunately, this one commits many of the same mistakes as other Hollywood movies set in African countries.

For starters, the focus deserved to be placed on the refugees themselves, since it’s first and foremost their journey. This is yet another film where African residents are given little to no characterization and agency because it’s all about the white foreigners sent to save them. This problem would have been fixed if the protagonist was refugee activist Kabede Bimro, played by Michael Kenneth Williams. Bimro has almost no resources, and yet he manages to gather the courage and initiative to risk his life so his people can live in a land free of persecution. His hope relies on a group of reckless operatives who aren’t even given full trust by their own government. The stakes are considerably higher for Bimro than they are for any of the agents, which not only makes his side of the story more relevant, but more compelling. Williams does his best to inject heart into this endeavor, although he’s working against a script that gives him nearly nothing to work with.

At the end of the day, everything comes down to the leader of the Mossad team Ari Levinson (Evans). And even so, his characterization is a parade of life-weary action man cliches, like a broken family life, liking alcohol, and being described as a pain in the arse by everyone who knows him. He’s more of a plot vessel than an actual character, which applies to everyone else in the movie. Evans is one of the most charismatic leading actors today, and like Michael Kenneth Williams, he carries himself estimably despite the thin writing. With that said, he’s directed in such a way that his star power feels like a distraction for a story that required more gravitas and less blockbuster polish. It’s really jarring to see poor refugees running for their lives followed by a shirtless Evans looking like he’s ready to act in a cologne commercial.

The aforementioned problem not only applies to how the film uses Evans, but to its tone as a whole. The Red Sea Diving Resort can be described as an awkward mix between Blood Diamond’s melodramatic white gaze and the panache of the Ocean’s franchise, while again not focusing on the refugees. For a significant amount of time, the rescue operations are essentially portrayed as a side job for a bunch of pretty people having a rockin’ good time in the beach, which kills the momentum a movie of this nature should have. It doesn’t help that the craftsmanship is, for the most part, rather pedestrian, and the film coasts on Evans and Williams’ performances to keep the audience’s curiosity.

The rest of the supporting players don’t fare a lot better, since they’re stereotypes with one defining character trait: the marksman, the driver (who is also the token woman in the team), the doctor, the sadistic warlord, and the exasperated boss. Most of them enter the picture with a hackneyed refusal of the call routine, which makes their participation into the mission all the more predictable. At an excessively long runtime of 130 minutes, many of these tension-free exchanges feel like unnecessary filler and a feeble attempt to generate conflict. These characters have almost no inner life to speak of, making your investment in them considerably difficult.

The script doesn’t even bother to be an illuminating portrayal of the conflict it’s dealing with, since it doesn’t take its time to examine how the situations in Ethiopia and Sudan got to that point. To add insult to the injury, most of the Ethiopian and Sudanese characters fall into the same tired roles people from Africa are usually given in this type of movie: silent frightened background extras or cartoonish mad men. All seen from the xenophobic perspective of white outsiders worried about staying in a foreign country where violence and corruption are the order of the day.

The Red Sea Diving Resort fails to entertain as an espionage thriller and to have something worthy to say as an historical drama. It’s the type of film that was already played out ten years ago, and its rests all its weight on the backs of talented actors without bothering to shine where it counts the most.