The Wars on Film: PATTON

Diving in to George C Scott's most iconic performance. 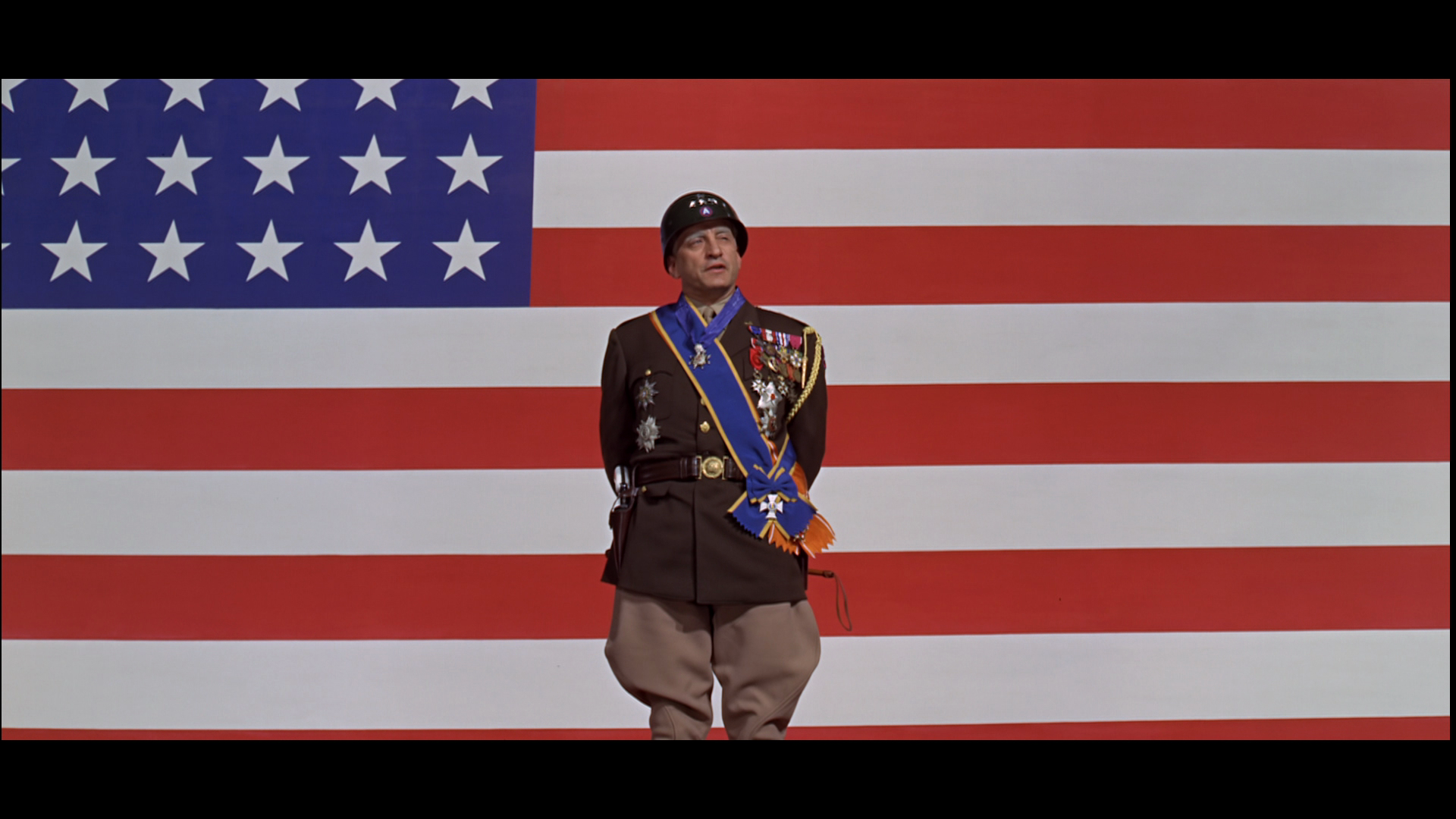 Every now and then when I’m trying to select the next title to review in this series, I like to look to the classics. There are a bunch of reasons for this: they offer unique insight into film making methods and tropes of the era, they allow you to approach a film from different angles (instead of “does this work?” I get to ask “why does this work?”), it introduces readers to a film that they may have heard of but have never taken the time to actually watch, and lastly it just serves to break up the stream of late 90s to early 2010s films that tend to dominate this series. This, and the fact that it was  on Netflix and thus free to watch, are what lead me to select Franklin Schaffner and Francis Ford Coppola’s  Patton for the latest installment in The Wars on Film.

The film chronicles the story of General George S. Patton and his involvement in the Second World War. We see him spar with his fellow officers, order men into battle, craft brilliant strategies, all the while abusing and belittling any and all that dare to incur his wrath. It is a portrait of a man that was perfectly suited for the combat of war but could not have been less equipped for the politics associated with waging war in the age of international coalitions.

Patton is an interesting film in that it all really revolves around one central performance. While the script is fine and the film is decently plotted, it would fall completely to pieces if the titular role was miscast or underperformed. The film is quite fortunate in this regard, that when casting the film, Schaffner went with cinema legend George C. Scott as the eponymous general. Scott attacks the role with a glee the likes of which is rarely seen. He brings a coiled quality to the role that charges each moment with energy. His Patton is a man that could explode at any instant, and whether he is smiling, laughing, frowning, or just sitting still, you are constantly aware of this potential. This brilliant tension has a tendency to build throughout the film so that in the moments that General Patton does let loose, not only does one see it coming from a mile, but when it does come it comes with such glorious and terrifying thunder that one cannot help but wince, even as looking away never once feels like an option.

Perhaps the most defining and iconic example of this comes a little over half way into the film. In the aftermath of a battle, General Patton is moving through a medical tent, offering sympathy and what appears to be intended as encouragement to those wounded and maimed carrying out his battle plans. Just as he is nearing the end of the tent he comes across a soldier sitting doubled over, but with no apparent injuries. He leans in and asks the soldier, no older than 20, what is wrong. When the boy reveals that he is having what amounts to a nervous breakdown due to the constant shelling, Patton pauses, and in that pause everything seems to stand still. Earlier in the film he had expressed outrage over men who were not physically injured going to the medical tents and infirmaries, calling them “yellow”. In the pause you wonder if he has grown since then and that maybe he has seen the error in that judgement, but alas as the world begins to move again it becomes rapidly clear that is not the case. Patton begins to tear into the boy, berating and beating him in front of multiple doctors, wounded soldiers, and other officers. He repeatedly calls the boy “yellow” and a “coward” and strikes him repeatedly, informing the boy that for his cowardice that not only would he be going back into combat, but that he would be doing so from the very front lines. The rage and viciousness on display are startling yet expected, and serve as a confirmation of who Patton truly was as a man. There was no emotional character arc for this 57 year old general during the three years that the world was at war. No, he exited it quite the same as he entered, consequences be damned, and Scott sells this like his life depended on it.

It would be wrong not to mention the cinematography and combat sequences of Patton as they combine in a glorious manner to heighten the film. The film while comprised mostly of conversations between men of various levels of power within the military hierarchy, is stock to the gills full of gorgeous wide shots of fields scarred by combat. We do not witness war in the trenches in Patton, no, we witness it from the point of view of the general himself as he takes in massive offences from distant hills and calls in his orders. At times there are dozens of tanks and hundreds of men on screen, in massive pitched battles, each playing a part in deciding the fate of the world. Each of these sequences is brilliantly shot but is presented with an intentional detachment that ties it to the mind of its central character.

Of all of the classic war films that I’ve viewed for this series, Patton is by far my favorite. There’s a brilliant madness to the film brought on by Scott’s performance that makes it singular and magnificent in a way that few films are. It’s on Netflix right now, so if you have not seen it, now is the time to change that.

Spec-Ops The Line and Western Heroism Previous
The Daly Planet: AUDITION Auditions For the Kryptonian... Next