Review – YU-GI-OH: THE DARK SIDE OF DIMENSIONS

A ghost from the past 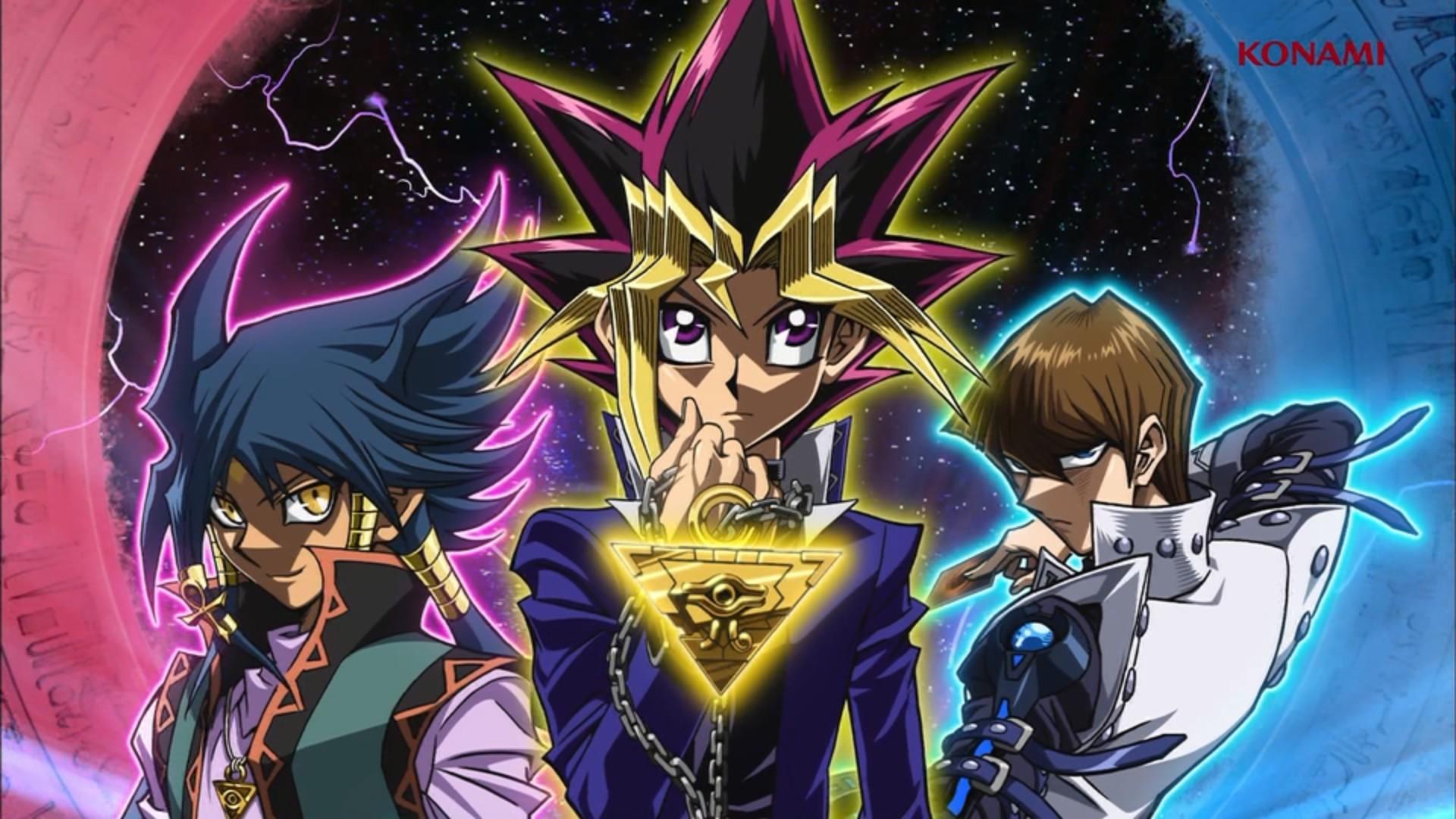 Shortly before the lights dimmed in the cinema I looked around at the modest crowd gathered to watch Yu-Gi-Oh: The Dark Side of Dimentions (as my cinema had misspelled it). There were approximately eighteen people seated, and beside a bald man in his late thirties or early forties all were twenty-something students like myself. During the trailers a few more filtered in for a final count of twenty-nine, but of them only two children accompanied by their mother were in the film’s obvious target audience.

The trailers continued this theme. They were invariably for awards movies like Fences and Hidden Figures, and the adverts sold either financial security or family holidays to Butlins. So who is this movie aimed at? It had two showings near me, one on Thursday around 5pm and the other Saturday at 3pm, and I doubt the former had any more children than the one I attended. And with Yu-Gi-Oh’s heyday in the dubbed Saturday morning anime boom of the mid-2000s being over a decade ago, could the UK release of this sequel to the long-concluded TV show be aimed at nostalgic adults?

Somewhere in the fourth hour of the 120 minute runtime I was reminded of the recent 20th anniversary re-release of Space Jam, another extended advert that maintained a cult following over the years despite lacking anything resembling quality. In Brad Jones’ post-movie vlog he described the (packed) audience being composed entirely of thirty-something men, and given the eagerness of modern adults to retreat into their childhoods I’m left wondering if this is a viable market for film distributors. Nostalgia is the latest trend in Hollywood, with The Force Awakens and Jurassic World composed of nothing but the concept. But how far can this be taken, especially with an audience that may have outgrown the property’s appeal?

The plot is worth recounting for its own sake. A year after Yugi Moto’s ancient Egyptian Pharoah alter-ego Atem (who steadfastly refuses to remove his gay pride outfit under any circumstances) said goodbye and moved out of his necklace, Yugi and friends are preparing to graduate from school. However, Yugi’s longtime rival Seto Kaiba is desperately searching for Atem (or Farroh, as he calls him) and his “perfectly coiffed hair”, going so far as to waste all his time and wealth inventing new, city-spanning holographic systems to let him fantasise about beating Atem at a children’s card game. Meanwhile Some Guy wants revenge on Someone for Some Reason, wielding the power of an ancient thing that sends people to other dimensions so he can defeat his many enemies at a children’s card game.

Kaiba wants to rebuild Yugi’s necklace in the hope it will bring back his boyfriend, but Some Guy’s all-consuming quest for revenge puts them on a collision course as his return will take away Some Guy’s powers. This all culminates in a grand tournament where the climax of the film is taken up by four consecutive matches of a children’s card game1 before the eyes of the world. Some Guy is defeated and disappears from reality (no-one seems to notice this), before returning ten minutes later to destroy the world as a Cronenbergian Picasso abomination with a cubic penis, while the audience’s heads are replaced with purple liquid spraying from their neck stumps. Some Thing then defeats Yugi and Kaiba at a children’s card game, despite Kaiba’s use of his Blue Eyes White Dragon, his Neo Blue Eyes White Dragon, his Blue Eyes Alternative Dragon (presumably the Nazi variant), his Deep Eyes White Dragon and the White Dragon Judean People’s Front, before the Pharoah reappears to defeat Some Thing and then fucks off. Everyone lives happily ever after and Kaiba tracks down Atem and they stare longingly at each other before it cuts to black.

For the first ten minutes of the film I felt like I was losing my mind, but after I had time to adjust to the film’s wavelength I found myself enjoying the nonsensical drama and bizarre plot turns. Some of it was nostalgia and some the whispered riffing with my friend, but despite the punishing runtime it was a pleasant experience. Even the games themselves, extended sequences of Calvinball in which holographic dragons knock players fifty feet backwards with explosions and throwing knives, played with the gravity of Oscar bait, acquired a certain suspense from the uncertainty of what deus ex machina would come next. I guess with a spoonful of nostalgia, even razor blades go down.

1If you say this three times, LittleKuriboh will appear and sue you for plagiarism

Things We're Digging This Week - Week of 1/30/17 Previous
The Bus Stops Here, Episode 2: Heroes and Villains of... Next