"I'd like to thank Oprah, because she's sitting there and it seems inappropriate not to." 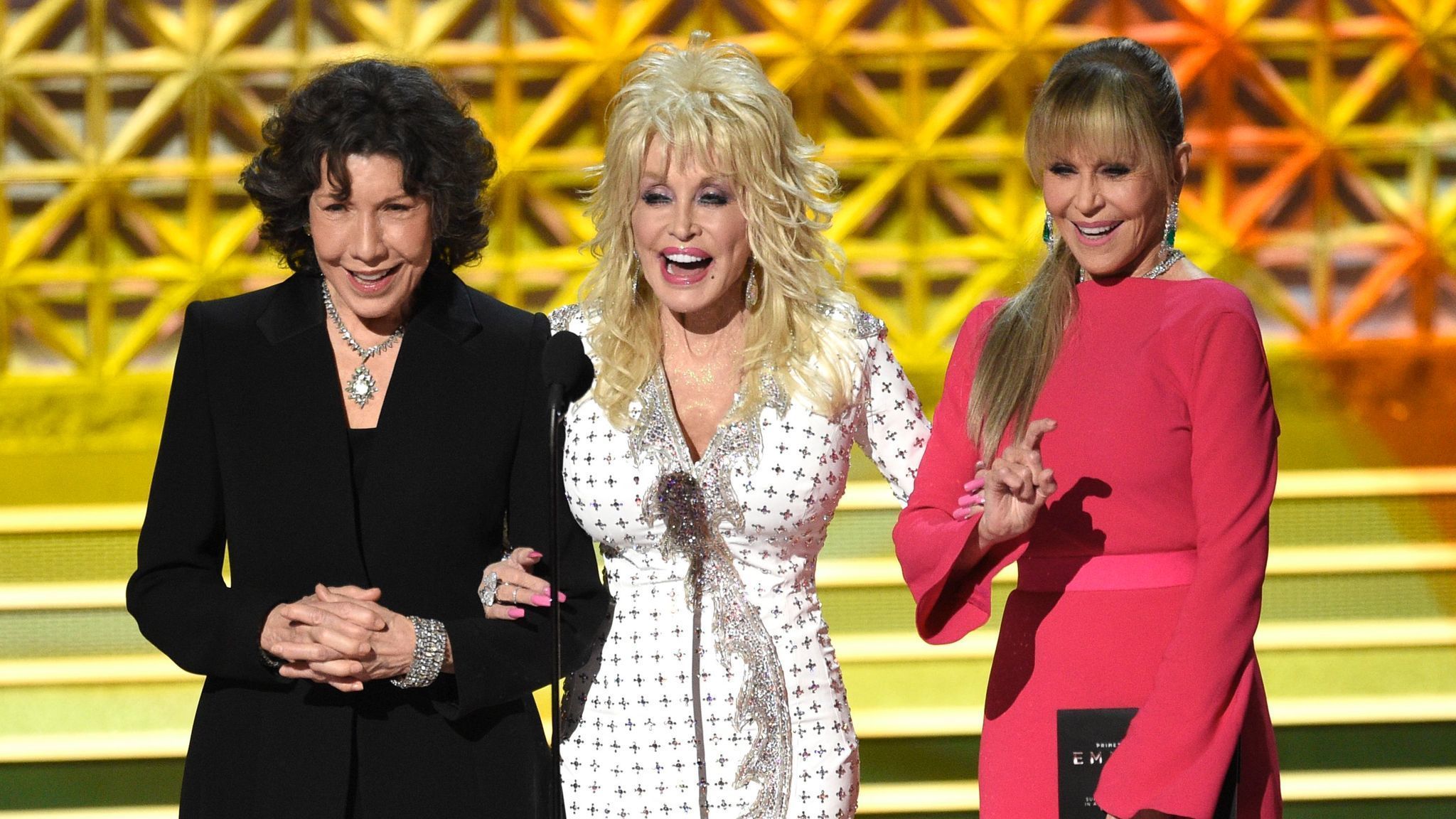 A politically charged Emmy Awards featured some surprises (hello The Handmaid Tale’s sweep!) as well as the Emmy’s venerable tradition of always giving the same award to the same people (Hi SNL and Julia Louis-Dreyfuss). While the broadcast itself felt staid and as back-pattingly masturbatory as any award show feels, there is always cause for celebration when so many members of diverse communities end up winning awards and therefore recognition that can lead to more opportunities for members of those communities in the future of popular culture.

Stephen Colbert hosted last night’s awards, and opened the show with a mixed bag of a song and monologue that oscillated between great moments, like having Chance the Rapper rap a verse about how TV is great, but it’s important to not let that get in the way of protesting and taking action, and then concluding in possibly the most wrong-headed fashion possible with former White House Press Secretary Sean Spicer joining Colbert on stage to make a joke.

That dichotomy set the tone for the rest of the evening. Despite the many exciting wins for creators of color and women (Donald Glover is quickly becoming a force to be reckoned with, even beyond how he was already measured), and the many self-effacing jokes about how the TV industry and award shows in general are all about self-congratulations, it was frustrating to see those who had previously encouraged his behavior for their own ends now rallying against Donald Trump (from Home Alone 2: Lost in New York, and others). This was never more present in my mind than when Lorne Michaels’ accepted the Emmy Award for Best Variety Show for SNL (over the likes of Billy on the Street, one of the funniest programs I have ever seen) and made a crack about how chaotic the year had been.

Colbert was sort of a non-presence for much of the remaining broadcast, emerging for a handful of bits like a prerecorded Westworld gag with Jeffrey Wright (man doesn’t that show feel like it came out ages ago?).

Far more present was the announcer (and DJ) this year, Jermaine Fowler. Fowler ended up introducing many of the guests of the night, and for each winner he would describe how many Emmy nominations and wins they had, while also providing a fun-fact about their career (“Ann Dowd is a first-time Emmy winner. She has made appearances in all four of the Law and Order franchises!”). He was a welcome addition to the proceedings.

Other standout moments include Rachel Bloom (from the exceptional Crazy Ex-Girlfriend) doing a great little song and dance number to introduce the accountants for that year. There’s always two ways to go about this segment, underplay it with a joke from the host, or make a big, silly deal about it. I prefer the big, silly deal, and Ms. Bloom delivers:

Christopher Jackson (who you’ll be familiar with from the Hamilton cast recording where he plays George Washington) sang a version of Stevie Wonder’s I’ll Be Loving You Always during a lengthy In Memoriam section. Mr. Jackson sang as beautifully as he always does, and it was frankly nice to have a song that is celebratory in its appreciation for life and love rather than a downer of a power ballad about sadness. The montage was an unhappy reminder of how many giants were lost in the industry this past year.

Some wins and speech highlights include:

Aziz Ansari and Lena Waithe winning Best Writing for a Comedy for Master of None, Riz Ahmed winning Outstanding Actor in a Television Miniseries or Movie, and the creator of Black Mirror encouraging everyone to have sex with one another.

The rest of the evening was mostly taken up with either The Handmaid’s Tale or Big Little Lies winning awards. And VEEP, obviously (and deservedly). It ended up being sort of an exhausting Emmy Awards, despite the great amount of well-deserved wins.

Without further ado, here is the list of Winners and Nominees from last night:

Outstanding Drama Series:
Better Call Saul
House of Cards
The Handmaid’s Tale
The Crown
This Is Us
Stranger Things
Westworld

Outstanding Guest Actor in a Drama Series:
Gerald McRaney, This Is Us
Ben Mendelsohn, Bloodline
BD Wong, Mr. Robot
Denis O’Hare, This Is Us
Brian Tyree Henry, This Is Us
Hank Azaria, Ray Donovan

Outstanding Guest Actress in a Drama Series:
Alexis Bledel, The Handmaid’s Tale
Shannon Purser, Stranger Things
Laverne Cox, Orange Is the New Black
Ann Dowd, The Leftovers
Cicely Tyson, How to Get Away With Murder
Alison Wright, The Americans

Let us know what you thought of last night’s broadcast below in the comments! Did you favorite win? Did they get snubbed? How was Stephen Colbert? Why wasn’t Game of Thrones eligible this year? Who knows! But lets talk about it.

"I'd like to thank Oprah, because she's sitting there and it seems inappropriate not to."

Daniel Craig to Return for Bond 25

Hopefully it will be more CASINO ROYALE, and less Le Chiffre's Torture Chair