A WATCHMEN History Guide: S1E1 – “It’s Summer and We’re Running Out of Ice” 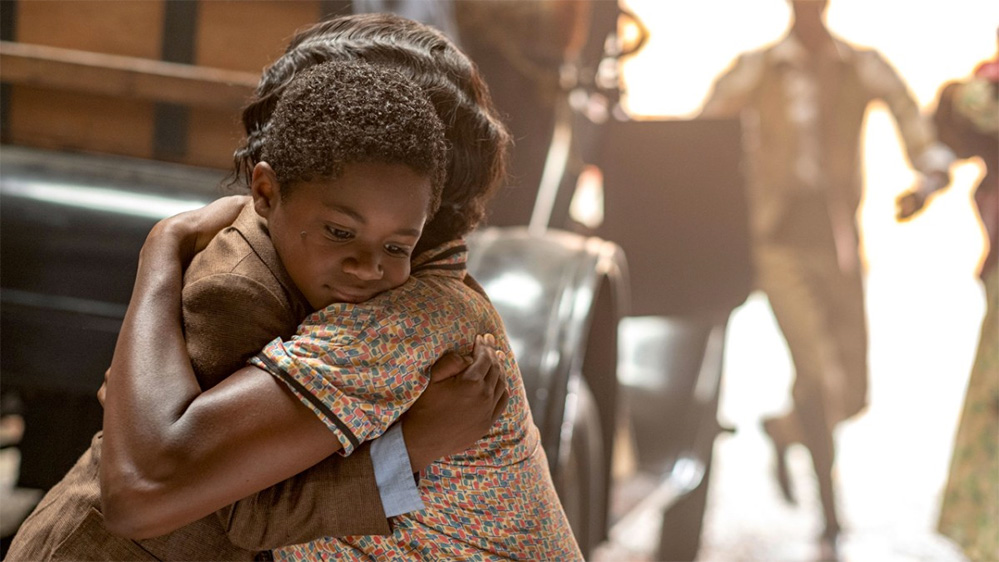 HBO’s Watchmen takes place in an alternate 2019 when America won the Vietnam War and Robert Redford has been president for the past 30 years. The officers of the Tulsa Police Department are the new masked anti-heroes of the Watchmen universe, wearing yellow masks and adopting entire secret personas to fight a white supremacist group named the Seventh Kavalry.

The first episode, “It’s Summer and We’re Running Out of Ice,” is dense with historic details like Nixon and Bass Reeves. It was clear to us at Lewton Bus that, after watching the episode a few times, there was a lot to talk about and a lot to learn.

So every week, Lewton Bus will publish a concise (and admittedly incomplete) history guide to the quintessentially American references in Watchmen. Every week, we’ll post links, brief discussions, and explanations related to each episode and we hope you’ll follow along and discuss with us.

The silent film in the beginning of the episode depicts a tall man in a dark hood hauling a corrupt and thieving sheriff to face the townspeople. The man throws back his hood to reveal a striped uniform. The next bit of dialogue, displayed on a card, is “it’s Bass Reeves! The Black Marshal of Oklahoma!”

You might know by now, but Bass Reeves was a real person in Oklahoma. Born in 1838 to parents who were enslaved, Reeves became “the first black U.S. Deputy Marshal west of the Mississippi River” (Twitter). The silent film being shown, called Trust in the Law!, is not a real film but is made to look like one, down to attributing it to Oscar Micheaux, one of the first Black filmmakers.

The silent film is interrupted by a foreboding siren and mass panic, as a little boy turns and is immediately swept up by his father. He says, “it’s time to go” and the two, along with the boy’s mother, emerge from the theater into the streets of Tulsa. Chaos has erupted, with bodies everywhere, planes attacking from the sky, and white men shooting black residents.

The Tulsa massacre, which also took place in 1921, is a piece of horrific history that many people have never heard of and was certainly never covered in my history classes. White residents, including the KKK, burned down Greenwood, a neighborhood known as “Black Wall Street.” It had been home to an affluent Black community. The white perpetrators burned down businesses and homes and killed hundreds, and many of the victims were allegedly buried in mass graves.

Perhaps most damning is how the city government was complicit in and responsible for the violence. According to a curator at the National Museum of African American History and Culture, “It was the frustration of poor whites not knowing what to do with a successful black community, and in coalition with the city government were given permission to do what they did.”

More on the Tulsa Massacre (and not really enough):

Rogers and Hammerstein’s iconic musical is “about whiteness” writes Soraya Nadia McDonald. “Oklahoma! delivers a rose-tinted view of history that centers on happy white people whose greatest concern is a town dance that will raise money to build a new school. It’s a classic example of willful erasure and ahistorical mythmaking.”

That’s why a production with a Black cast member in a lead role, like the one McDonald writes about, is so notable (well, aside from the fact that it’s also being hailed as Sexy Oklahoma!). It’s also why a production depicted in Watchmen, with a completely Black cast, is important. It’s not just a musical “about whiteness” eschewing that whiteness for Black faces, it’s the use of Oklahoma! that hammers home that this show is quintessentially American, full of hope for the West but also racism and erasing POC from the narrative.

Angela says she was born in Vietnam a few years before it became a state. In this alternate 2019, it’s inferred that because America won the Vietnam War, it then annexed Vietnam and made it a state. In our timeline, millions of people died in a conflict whose origins are largely still puzzling and complicated to most Americans.

More on the Vietnam War:

Angela, whose cover story is that she owns a bakery, is speaking at her son’s school to teach the kids about banh bia, or mooncakes (they’re delicious, by the way). Afterward, a smarmy kid asks, “did Redfordations pay for it?”

“Redfordations” is a play on “Robert Redford,” who is president, and “reparations” which is a word with a lot of meaning. In fact, it’s not clear that Americans even agree on what reparations are, only that they imply that the United States government acknowledges the accurate and full history of the United States, which includes its systematic oppression of Black people.

In the context of this boy’s question, there is clearly a monetary element to it – that is, money was eventually given to those who had been wronged (i.e., people who descended from enslaved families or who faced discrimination as a result of Jim Crow and other racist laws and policies). It’s also clear from his tone and from Topher’s reaction, to punch his classmate, that he doesn’t hold reparations in high regard.

I was surprised that this came up when the Lewton Bus crew discussed the episode. Just because you’re in a Marvel movie doesn’t mean you’ve got name recognition! In our timeline, Robert Redford retired in 2018 after a prolific and legendary acting career, including perhaps his most famous movie role, Bob Woodward, in All the President’s Men. Bob Woodward, if you don’t know, was one of the very real journalists (alongside Carl Bernstein) who broke open the Watergate story and ushered in the end of the Nixon presidency. In Watchmen, Redford has already been president for 30 years, and his liberal policies have angered the white supremacist movement. Note that it doesn’t appear that Redford himself will make a cameo.

When Angela gets home from her son’s school event, she finds out that the Tulsa Police Chief has issued an alert. Going to her bakery and donning her Sister Night uniform (which is sure to be iconic now), she kicks down a door or two at Nixonville, a destitute trailer park, and kidnaps a white supremacist goon.

As Adam Bumas astutely pointed out, “I don’t know how much sense ‘Nixonville’ makes if you don’t know about Hoovervilles.” Of course, you can understand that a “Nixonville” is just the name for the trailer park. But when placed next to the context of Hoovervilles, it changes your perception.

What’s a Hooverville? During the Great Depression, a massive collapse in the United States economy which occurred from 1929 to 1939, poor residents established shantytowns in several states and cities, including New York City. These ad hoc neighborhoods were nicknamed “Hoovervilles” – a sneering tribute to Herbert Hoover, the president who many residents blamed for their plight.

Another historical element of Nixonville is the big, cartoony statue of Nixon that’s at the center of the trailer park. We only get to see it from behind, but it’s clear that it’s a reference to several similar poses he struck, including in this campaign photo taken in Chicago in 1968. In the photo, his arms are outstretched and his index and middle finger are shaped into Vs. His blue suit, his smile, and the confetti behind him paint a portrait of victory as he would become president just a month later.

That wraps up this week’s guide. Did you see any historical references? Discuss in the comments. Check back next week for more history and culture as we work our way through this exciting new show.