Time to get weird. 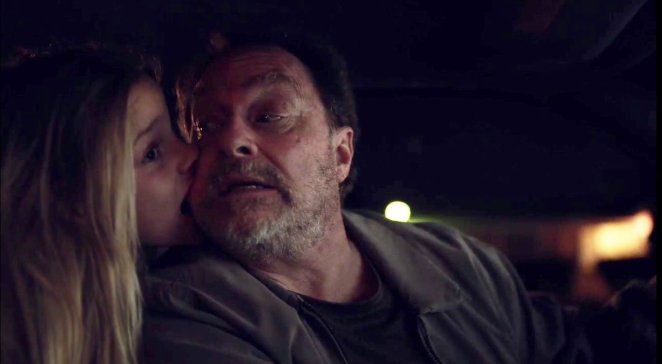 Barry’s fifth episode of its second season, scripted by series creators Bill Hader and Alec Berg, and directed by Hader himself, feels as if it needs a credit nod to the Coen brothers. And maybe a sideways wink at David Lynch. An episode that doesn’t so much advance the plot as much as it advances Barry himself, “ronny/lily” sets a new standard of pacing and surreality for a show that dabbles with those concepts on the edges. It also feels like an all-timer, an instant classic, the type of episode that will be talked about both as a “best of” for the series and on its own terms.

We open with Barry in the house of Ronny Proxin, the new lover of Detective Loach’s ex-wife, and therefore worthy of death to the venal cop. Barry bears witness to all the normal domestic qualities one would expect—mostly in the form of late 80s/early 90s décor that’s banal to the nth degree (think the Lundegaard’s house in Fargo)—until he hits Ronny’s study which is chockablock with martial arts trophies, sports magazine photos, and medals. Barry knows something is up.

When Ronny gets back home, Barry holds him at gunpoint and makes his pitch: He’ll let Ronny go if he’ll leave Los Angeles so that Loach will think he’s dead. Ronny agrees and Barry starts to relax as the man begins to get his things together. And here’s where the Coen Brothers quality begins to spark deeper in the form of immediate, visceral violence. As soon as Barry drops his guard, Ronny kicks him, over and over. The fight devolves into two guys clubbing and kicking each other while embracing. It’s a sloppy, violent fight that’s at odds with the slick hitman Barry supposedly is. A gun only matters if it’s fired, and Barry isn’t able to keep up with a trained Tae Kwan Do expert. Eventually he punches Ronny in the throat and fractures the man’s larynx. Ronny keeps fighting, but finally collapses.

Barry, now wearing a beard of blood (which he keeps for the rest of the episode) gathers himself up and goes to leave the house when a little girl in a karate gi comes in the door. She discovers what has happened to her father and then proceeds to lay into Barry all over again, leaping around the walls and stabbing him with kitchen knives like a little demon before running out the door and hopping the neighbor’s back fences. Barry staggers out to Fuches who is driving the getaway car, who responds to Barry that they need to find the girl. No witnesses.

Barry refuses even as Fuches prowls the neighborhood. Barry begs for medical assistance for the stab wound. Fuches eventually relents and gets some things from a pharmacy, doing an inexpert job of stitching Barry up after he’s passed out. The Lynchian quality comes in the form of how weird this whole misadventure is, along with the jokes constantly made about the girl’s seemingly supernatural prowess and qualities, especially when they come across her again. Suffice to say the episode continues with Fuches super gluing his hands to the wheel of his car and Barry, while shopping for more supplies, discovering that Ronny is still alive by recognizing the man’s broken-throated wheeze behind him. Ronny proceeds to go after him all over again until the cops arrive, including Detective Loach, who shoots Ronny right before Ronny kicks him in the head and kills him. The arrival of the cops along with the double homicide allow Barry just enough time to escape.

In “ronny/lily” Hader and Berg show us how insane Barry’s life really is. How as funny as his exchanges with NoHo Hank can be, or how violent the show can turn, it’s really on a razor thin edge of uneasy insanity that can at any second turn in any direction. It also shows how deep Barry is in the game and how much he lies to himself. As many times as he claims to want to give the life up and that he’s not a killer, even when facing an expert fighter, Barry somehow manages to rupture the man’s windpipe. Barry’s instinct for horrific violence—inflicting it and depicting it—is stronger than anything else.

Things We're Digging This Week - Week of 5/27/19 Previous
Review: ALWAYS BE MY MAYBE Next