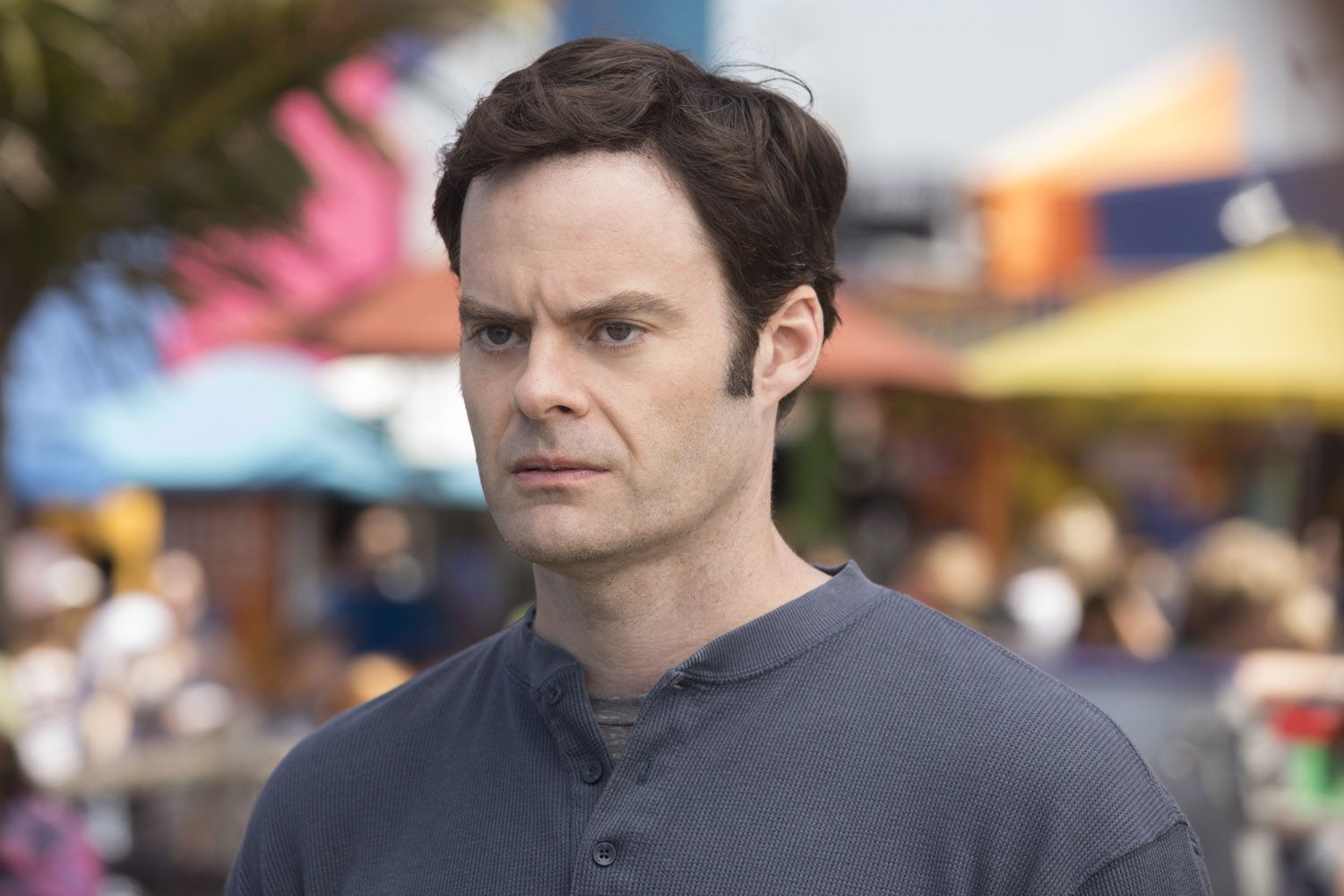 After the momentum building in episodes 3 and 4, what we get in episode 5, “Do Your Job.” is some breathing room – except for those last 5 minutes. Whew. Detective Moss visits the acting class again while Barry gets the cold shoulder from Sally.  Meanwhile Barry has to figure out what to do with Taylor, the “wacko” Marine who found his Bolivian stash house information last episode and totally wants in on the job.

Lots of great things happen in this episode, but I want to hone in on two things. First, Sally. It’s clear by now that she’s on a dark road where her self-destructive tendencies are hurting her classmates. Gene’s chosen Natalie to play Lady Macbeth, and even though Sally claims she no longer wants to do it, it still stings when she isn’t chosen. Her resentment leads her to critique Natalie’s performance, and when the class is hanging out at the bar later, she’s called out for her criticism and for taking Pinocchio from Natalie. Pinocchio, if you recall, is the bland, blonde actor that Natalie invited to her party. We find out that she’s been trying to hook up with him for weeks, but that Sally got there first.

I love these two scenes because they’re almost independent of the rest of the show. D’Arcy Carden and Sarah Goldberg have a good banter here, with each woman defending her position like they’re petty high school students. Sally’s narcissism means she wants to be the favorite student, but her deep insecurity means she absolutely knows Natalie could do better at Macbeth. What’s especially great here is the high school cafeteria dynamic, with everyone in the class fully aware that Natalie invited Zack – er, Pinocchio, to her party for one reason only, and that she and Pinocchio were the endgame (Natocchio? Pinochalie?). Sally is being cast as the selfish one, and while it is about the hookup, it’s also not – this is about women not supporting other women when they’re supposed to be more aware of the challenges they face in an industry that doesn’t always value them.

The second thing I want to focus on is Barry. When Sally gives him the cold shoulder and tells him he needs to work through some of his toxic masculinity, Barry takes it to heart even though he’s not entirely sure what she means. A lesser and less aware show would have used this as a punchline or would have hand-waved it, and Barry does neither. In the last episode, Barry did display toxic masculinity, confronting Pinocchio like Sally was a prize they were competing over. He did want to win Sally’s heart with the laptop. It’s not good behavior, and being goaded into it by a meathead Marine isn’t a good excuse. How many men have acted in a way that hurt us, and their excuse was “that’s not really who I am”?

This is especially apparent when Barry, who is reading as Macbeth, starts to draw upon his feelings about being cornered and forced to raid the Bolivian stash house. You can practically see the wheels spinning in Bill Hader’s mind as he shows Barry waking up and taking charge of his own feelings, all while only talking to his class about his military service. Macbeth turns out to be the perfect allegory for Barry and the audience, as Barry uses the play to work out his feelings about being a hired gun to Fuches’ Lady Macbeth. His anger and incredulousness comes at watching his classmates, none of whom has had any experiences like his, pass judgment on people who have killed or committed violence. Bill Hader sinks a lot of his dramatic chops into this scene, as he has previously when he’s needed to be louder and more overt with his anger.

What separates “Barry the Marine” from “Barry the hitman” and “Barry the aspiring actor”? That he doesn’t have to kill people? The class insists that there’s a choice, just as Macbeth didn’t need to do what Lady Macbeth set into motion, but Barry is right that the class just doesn’t understand what he’s been through.

The moral quandary I see here is that there may not be a choice. Not always. Whether he’s in Afghanistan or Los Angeles, Barry faces very difficult decisions. Barry can either kill the Bolivians or let the Chechens kill him. He can either kill Taylor, as Fuches says he should, or risk being caught by the police because Taylor is a loose cannon. The question is whether Barry believes sparing Taylor might be worth the risk because for once, he’s not interested in just following orders.

As with the other episodes, eventually we circle back to the theme that comes from the title. This time, it’s Do Your Job. The job in question is the raid on the Bolivian stash house. Bill Hader and Alec Berg have been very successful about removing the glamour from violence and using it sparingly so it’s more effective thematically. Hiro Murai, who directed this episode (and the next two), allows the action to continue in this same tone. Leaving the violence for the last 5 minutes of the show has become a perfect capper, and a sobering way to end. The raid on the stash house is both tense and funny, as it contrasts the rumbling of many Bolivians’ footsteps as they run out to kill Barry and Taylor with a “Leroy Jenkins” joke. These moments, where we watch Barry go shark-eyed and kill someone without hesitation, are a useful reminder that the Barry we love is also the Barry who kills.

Barry daydreams that he has a son named Denzel, which is the perfect name.

Gene, looking at Detective Moss’s fuzzy photo of Barry before he shoots up the Chechens’ car:  “Be on the lookout for a man with no discernable features. He killed your friend.”

The VENOM Trailer is Gloriously (and Unintentionally)... Previous
There Was an Idea... THOR: RAGNAROK Is a Thunderous Achievement Next