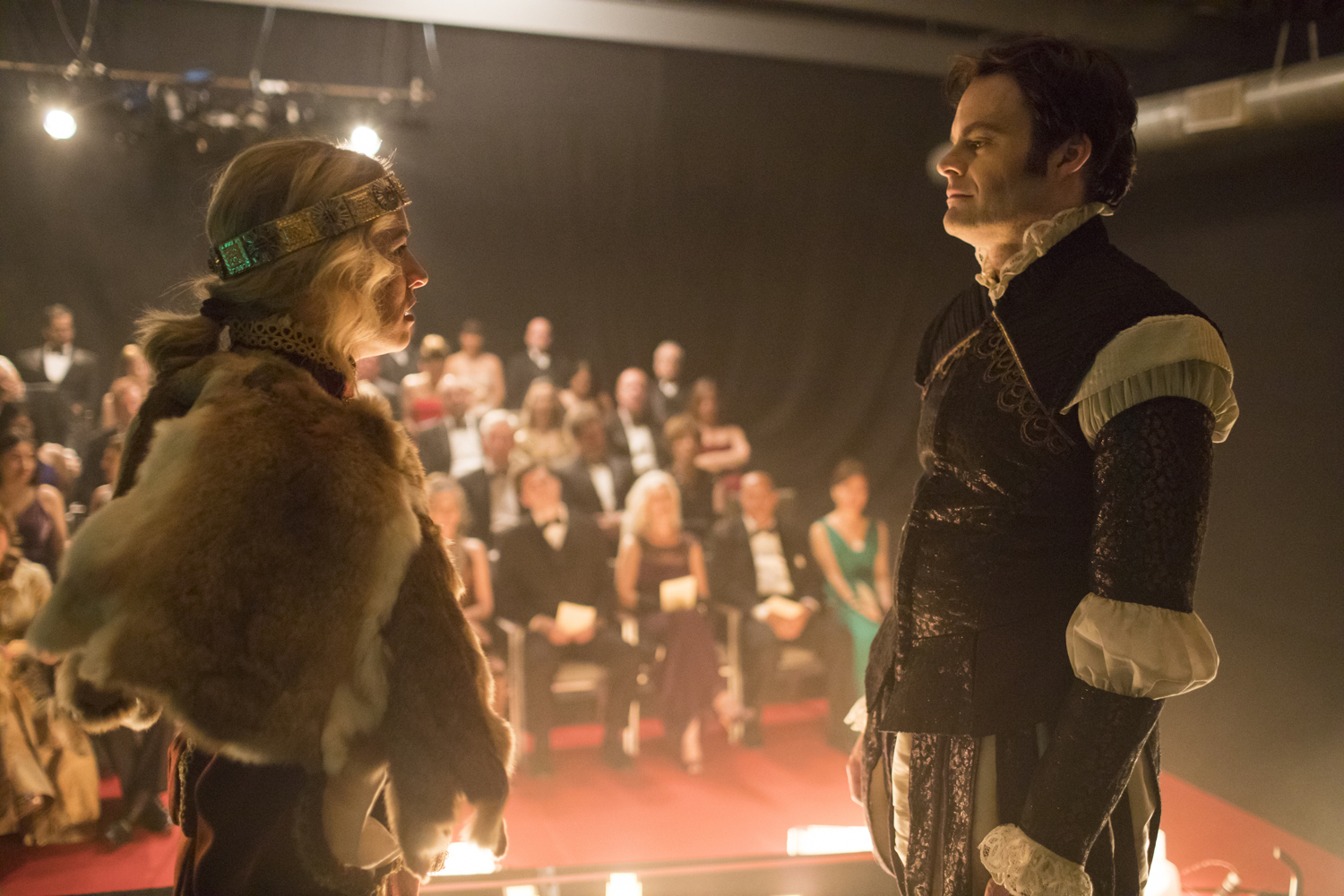 This episode of Barry, “Loud, Fast, and Keep Going,” is easily the most desperate, upsetting, and angry the show has ever been. Taylor and Vaughn are dead, Barry and Chris have escaped the car and are hiding in a nearby junkyard. Other stuff happened too, but honestly, you can revisit later.  What we’re really here to talk about is Barry’s soul.

In this episode, Barry does something that is, possibly, unforgivable. Something that is so heinous that I didn’t think the show would go that far, and yet it did. When Barry and Chris escape the car, the Bolivians pursue and place Barry and Chris in the worst position, as Chris – who we later find out never saw combat – has to kill a man to protect his friend.

It’s the guilt eating at Chris that ultimately dooms him. Barry, if you’ll recall, faced similar guilt in Episode 2, “Use It.”  The difference is that Barry doesn’t have the moral barometer that Chris has, and Chris’s guilt over killing one of the Bolivians is overwhelming and threatens not only himself and his family, but also Barry.

This is where Barry commits to making the safe choice, a stain on Barry’s soul that wiped out any good karma he garnered when he spared Taylor’s life in Episode 5, “Do Your Job.”

I wondered whether Barry would be able to do what Fuches once told him he had to do. I wondered if the show would go there and make Barry close to irredeemable. This entire time, in these seven episodes, Barry has been justifying his actions by saying he kills bad people. Chris is definitely not a bad person. Chris and his family is what Barry wanted to have with Sally. It’s all a fiction because Chris is now a guilty man and Barry can’t survive, let alone thrive, if there are loose ends that will get him killed. So as he and Chris sit in a car, and the latter is guilt-ridden and fearful, Barry does the unthinkable.

This scene is played with such intensity that you forget it takes place in the middle of the day. The bright Los Angeles sun can’t remove how incredibly tense and dark this scene is. It’s a simple set up, two men in a car, one hyperventilating and the other calmly running through the scenarios in his mind, knowing that all roads lead either to incarceration or death. Bill Hader and Chris Marquette play this scene with such mania, and feed off each other in such interesting ways. Marquette plays Chris as a man on the ropes, bouncing back and forth between hysteria and fear, knowing his wife is aware something is wrong. When he realizes what Barry already knows, that he’s become a liability, his voice gets calm. He’s almost trying to reach out, trying to calm Barry. Hader, for his part, ratchets up the tension by not giving the audience hints as to when he pulls his gun. There’s no warning, just screaming.

In the aftermath, Barry stumbles into the acting studio in a daze. He hasn’t slept in days, he has blood on him, he’s witnessed death and doled out some of his own, and he’s suddenly playing Seyton in Sally’s showcase where she’s playing a gender-swapped Macbeth.

When Bill Hader submits himself for the Emmys, I’d say that his scene of delivering Seyton’s one line, “The queen, my lord, is dead,” makes the cut. What he does here is heart-wrenching. Barry is dealing with the pent-up, manic energy he gets after killing, but the adrenaline is finally wearing off, his exhaustion is setting in, and now there is the pressure to perform. This scene is intercut with several daydreams, though they now appear to be nightmares. He keeps imagining Chris’ wife getting the phone call, and being told her husband committed suicide. He imagines their children running into the kitchen, the entire family crying. He remembers them all happily spending time on the boardwalk, and how in a matter of seconds he rained hell on their lives so that he could live.

The anger, sadness, disgust, and anguish in Hader’s voice is palatable. Much of it is assisted by Hader’s makeup, which gives his face a deathly pallor and a slick of sweat and his eyes a hollow deadness. Barry has chosen to put his life over that of a good man. So what comes out when it’s time for his line is a wretched, gasping, wet sob as he gives himself over to the exhaustion and guilt. The scene is played completely silently, save for Hader’s anguished, horrific crying. It is one of the most affecting moments of television I have seen in recent memory. It is unforgettable.

In Act 5 of Macbeth, after Macbeth has visited destruction and death upon the kingdom, Macduff confronts him, ready to kill him.

Macbeth tells him, “my soul is too much charged with blood of thine already,” meaning he has killed too much already and does not wish to kill Macduff – but the man won’t have it, and forces Macbeth to fight.

In the end, Macduff kills Macbeth. Peace is restored. But what of Macbeth and the destruction he’s left behind? Barry has lost pieces of his soul along the way. Is it too late for him to redeem himself or will his demons continue to follow him? How soon before they catch up to him?