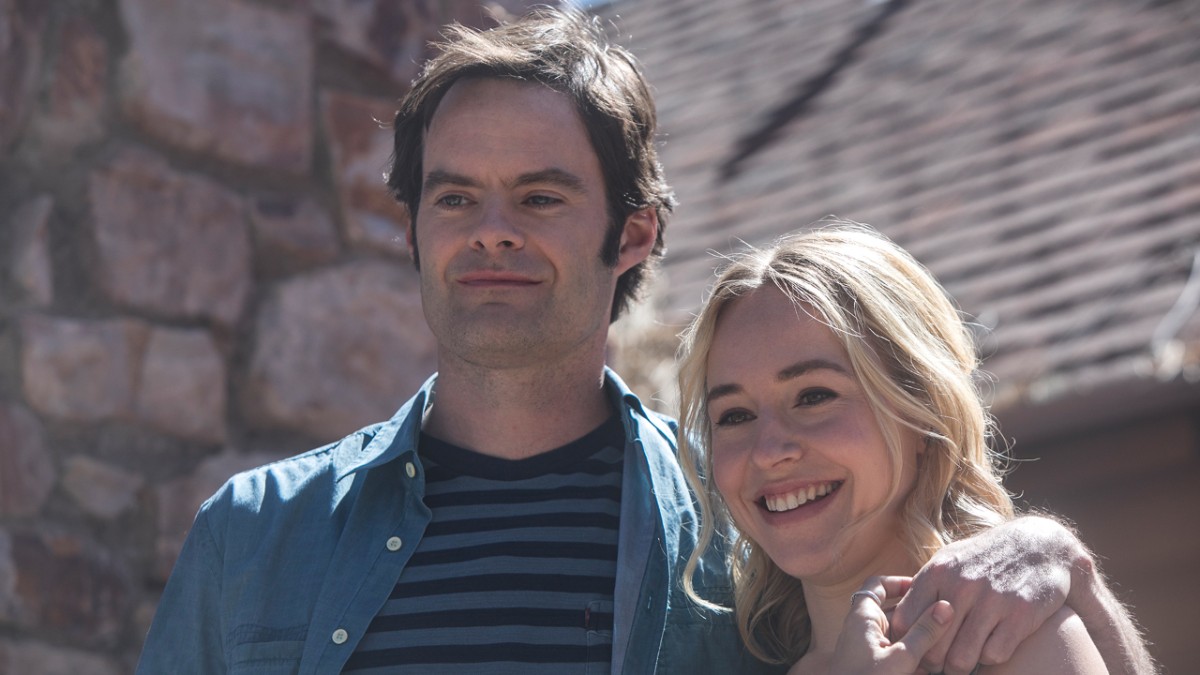 In the last episode of season 1, “Know Your Truth,” Barry is at an uneasy standoff with his two lives. Barry’s truth is that he’s a hitman. He has to stop running from that reality. Buoyed from the praise he got from Sally and Gene after turning in an amazing performance as Seyton, he can practically smell success. Even though that smell is tinged with gunpowder and blood, Barry embarks on one last ride to achieve his dreams and remove himself from the murder business.

Of course it doesn’t turn out the way he hopes. Barry has defied expectations, subverted genre tropes, and delivered stunning work episode after episode. What a triumph of a season. I can’t recall a show that is so aware and fully-formed right out of the gate. Bill Hader and Alec Berg have created something truly special here, and I want to re-watch the entire season immediately. There’s so much to think about.

Initially, the premise of Barry was that of a hitman who is very good at the thing he hates; a thing that’s hurting him. Acting appears to be the balm to his ailing psyche, something he’s not good at but gives him a sense of purpose and is less destructive than murder. Over the course of eight episodes, the show’s ethos has evolved to that of achieving personhood — foregoing nostalgia and choosing a riskier road — to experience new things in an effort to discover new sides of yourself.

In Barry, neither Barry nor the audience can return to his former self. I’m glad Hader and Berg decided not to use flashbacks to show Barry’s service in Afghanistan. Throughout this season, Barry has showed immense restraint. When we see Barry commit violence, we are already seeing the results of Barry’s service in the military and the subsequent broken-down psyche of a man manipulated to commit violence. We don’t need those flashbacks, and the show is embracing its own principle of providing forward momentum. We are living with Barry in the here and now.

Unfortunately, forward momentum is easier said than done. Barry has tried for seven episodes to figure himself out. He wanted to be a successful actor, and only came to develop a “process” for bringing out great work within himself by using his mania and self-loathing. He literally tried on a mannequin’s clothes in an attempt to look like someone else. It didn’t work at all, and pretending to be someone else has gotten him nowhere. So in episode 8, when Barry has to face his demons once again, Barry resorts to what he knows best: violence.

At first, this appears to be a step backward, but upon reflection I think it’s actually a clever step forward. Even though this episode was made before the cast and crew knew the show was getting a second season, it was clearly written with a second season in mind. So Barry gets some plot armor and to deny this reality would have been silly. What the show can do is show how Barry falling back to violence also acts as an evolutionary step forward.

Zach Luna, esteemed friend of Lewton Bus and fellow Barry superfan, remarked that “when all you have is a hammer, every problem begins to look like a nail.” He’s right. Barry can’t move forward until he stops his destructive behavior, but what if he thinks that destructive behavior is his only tool to help himself move forward? He doesn’t want to own up to his bad actions, and everything he’s done – especially killing Chris – has been to avoid a reckoning.

Detective Moss proves to be that reckoning. Sometime after the Chechens have died and the case is wrapped up, Barry and Sally are in a happy relationship and rehearsing their new play. Gene and Detective Moss – Janice – are back together. These scenes are shot so cheerfully that at first, it looks like one of Barry’s daydreams. The bright colors, Barry’s new clothes, the fact that he seems to be improving as an actor — it all seems fake. It’s actually completely real and as Gene recalls at the dinner table Barry’s monologue about being a hitman who wants to get out of his life of crime (from episode 1), the scene shifts to a horror movie of Barry’s own making. Suddenly, Barry is sitting with three people who know his secret, whether or not they are aware of it, and one of them is a cop.

When Janice makes the connection between Barry, Chris, and Taylor, Barry confronts her on the pier. This scene acts as a final mirror held up to Barry’s delusions. Barry thinks he and Janice are alike, that he has goodness too, but that’s not how it works at all. Most people don’t murder in the first place. Our society is one where killing is sometimes seen as necessary, but Janice killed Vacha and hated it. She didn’t want to do it at all. Unfortunately, it looks like Barry has come to see killing as useful. He’s turned from someone who kills to survive to someone who kills in order to thrive. Whether it’s to inform his process so he can be a better actor or to get rid of people who know about his life of crime, it looks like Barry has evolved into something even worse than a hitman. He’s turned into a person who kills out of convenience and selfishness.

Janice sees this, too. As she trains her gun on him, and they begin the march back to the house, we see that Barry’s stashed a gun in the woods. The violence that follows is off-camera, and the show implies that Barry has killed Janice. But what if he didn’t? What if he saw in himself the pitfalls of becoming someone who kills just because he can and chose another way?

We won’t know until next season, but I look forward to it.

Noho Hank lives! I’m glad he wasn’t one of Barry’s casualties. Goran grabbing him by the lapels and asking him if he loves Barry is a wonderful bit of character development. By the way he smirks and takes over Goran’s criminal enterprise after Barry kills Goran, I think he’s far happier to call Barry his friend than Goran his boss.

Rescuing Fuches conveniently allows the show to keep him as a potential player in the future, and to allow Barry to wrap up some of the Chechen plotline. Obviously, Noho Hank and the Bolivians are going to part of season 2 and I look forward to he and Cristobol being the most polite criminals in Los Angeles.

The best jokes of the episode are definitely the Yojimbo reference at the LAPD’s press conference,  Moss’s partner confusing “Ride of the Valkyries” and “Flight of the Bumblebee”, and Noho Hank telling Barry, “I suggest you take your money and fly like Bugs Bunny in Space Jam.”

My hope for next season is that Sally continues to develop as a character, rather than a gateway for Barry’s self-actualization. I liked her a lot, and found depth to her being an awful person, but I think some of the resolution between her and Barry got left on the cutting room floor. It’s not clear that Barry actually understood his own toxic masculinity, but he seems to have internalized it since he and Sally appear to be in a healthy relationship.