HBO's Crime Thrilledy BARRY is back! 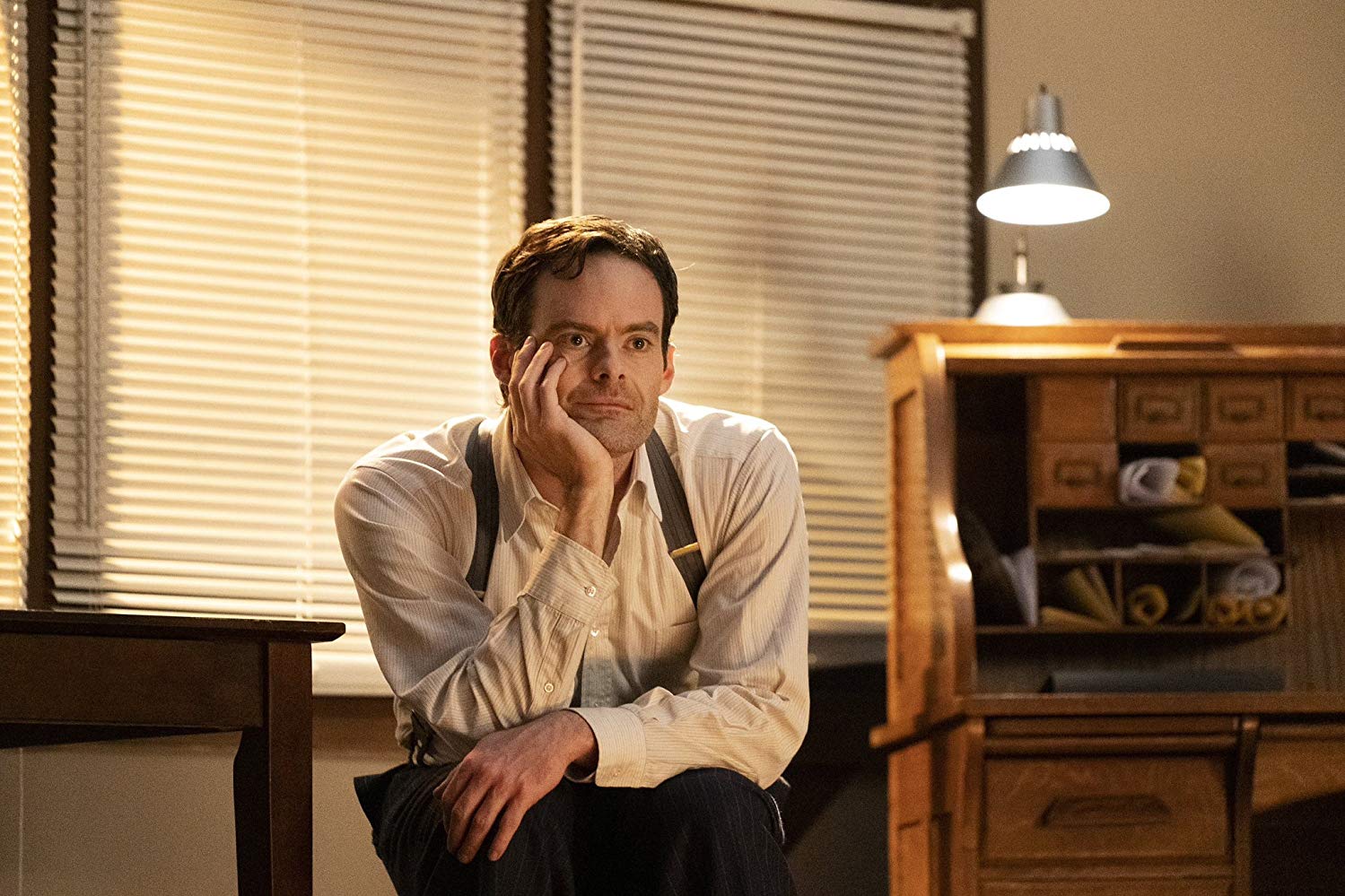 Last year, Barry shot onto the scene like a bullet.

The hilarious and violent story of a hitman in the dumps who decides to become an actor, Barry showcased not only incredible acting and writing from Bill Hader, as well as fantastic performances from Henry Winkler and Anthony Carrigan, it also showed a phenomenal balance of tone and direction, all thanks to a cadre of fantastic directors, including Hader himself, Hiro Murai, and Maggie Carey.

Now Barry is back for its second season after ending on a cliffhanger. What happened to Janice? Did Barry murder her out in those woods? Is she trapped somewhere while he figures out his next move?

Barry doesn’t tell us, at least not yet. It certainly implies that she’s dead, and the LAPD thinks that the Chechens got her because she was investigating them. “The Show Must Go On, Probably?” gives us Barry’s perspective of the whole ordeal. As the only person who actually knows what happened to Janice, he’s focused totally on moving on with his life. It comes off not as newfound confidence and happiness, but a futile and terrible attempt at convincing himself that when he returned from the woods and told himself that he was leaving his old life behind, it was going to happen immediately.

Of course, that was never going to happen. I bet he still doesn’t have a favorite soup. This is who Barry is, beginning to end. With his monster’s face having been revealed last season, we know that as much as we enjoy watching Barry try to be an actor and try to leave behind his old life, we also know by now that he is a creature of false starts, depression, anger, and delusion. Wanting his fellow classmates to forget about Janice to be in his sad production of The Front Page won’t cut it.

The episode also focuses, hilariously, on Noho Hank, played by Anthony Carrigan. A breakout of the first season and a fan favorite, Noho Hank is still as considerate and happy-go-lucky as ever. Except, since Barry killed Goran last season he’s now the boss of the Chechen mob in Los Angeles, and heavy is the head that wears the crown. His relationship with Cristobol, the head of the Bolivian mob, appears to be one more fitting a hippie commune, and is dashed when Esther arrives. Esther traffics heroin through a Burmese monastery and while that seems like a killer idea to Cristobol, Hank is beside himself at the prospect of being replaced by his BFF. Things get so much worse for him when he receives a package from Chechnya with a single bullet in it. His family isn’t happy that he let the Bolivians edge in on their business, especially because they believe the Bolivians killed Goran. The bullet means they’re coming after him next. Except it’s Barry who killed Goran, and Hank blamed the Bolivians to save his friend. He’s suddenly a guy who is in over his head. GULP.

This episode wisely focused mostly on two of our main characters. There’s bits with Fuches (Stephen Root) that further his storyline (he’s back in Cleveland, scraping by) and help the LAPD make inroads on Janice’s case, but for the most part it gives us two sides of the story from the only two people who know everything about our plotlines this episode: Barry and Noho Hank.

Alec Berg and Bill Hader wrote this episode, and like the first episode of season one, it gives you the laughs and the comedy and then suddenly pulls the rug out from under you. By the time we get to the last scene, with Barry trying to convince Gene to keep the class open despite his grief by telling him about the first man he killed in Afghanistan, the show flashes back to that desert and reminds us what we’re here for in the first place. It’s not just the jokes, though there are plenty, and it’s not Hiro Murai’s direction though it is phenomenal. It’s the darkness of how Barry the hitman was born, a younger man who looked terrified and shocked at what he had done there but became wrapped in the warm and adoring embrace of his men, cheering him on for doing a good job.

It’s also a reminder that even as Barry continues his descent into being irredeemable, you begin to understand his own victimhood, perpetuated by a sadness, sense of inferiority, and desire to fit in. Lesser shows might use that to ask us to feel sorry for Barry in order to excuse his actions. This show definitely doesn’t; it never shies away from telling us Barry has become a monster. It merely wants to explain how the monster came to be.

The Influence of BATMAN BEGINS Previous
The First Trailer for Jim Jarmusch’s THE DEAD DON’T... Next