America is a Sundown Country 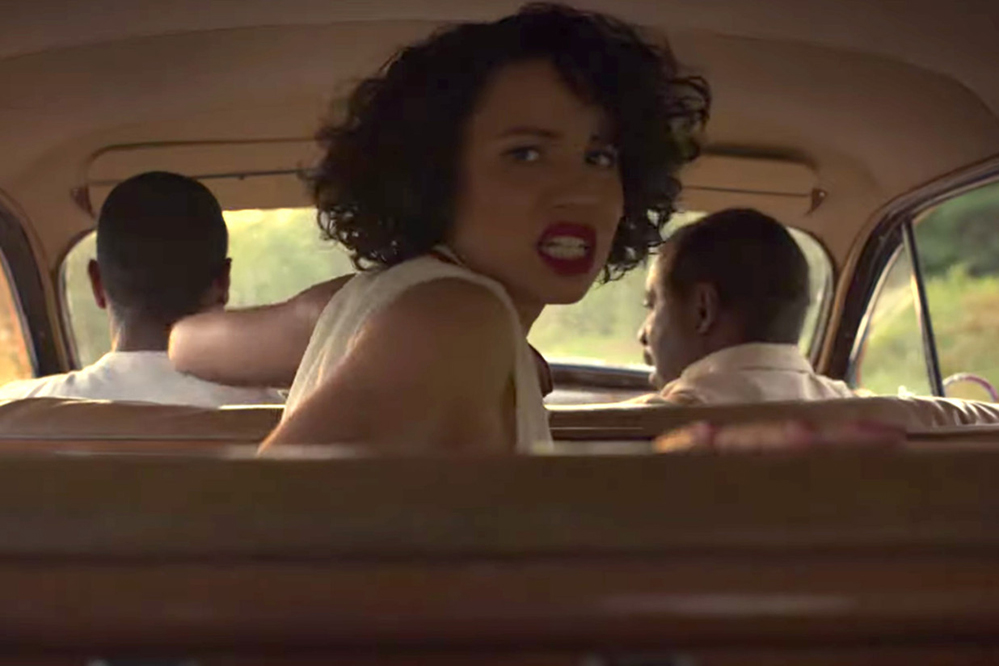 Interesting times we live in, which is putting it mildly. Protests over the death of George Floyd, part of the waxing and waning Black Lives Matter movement, haven’t abated since May of this year, and during an ongoing pandemic that’s approaching 200,000 dead Americans, the “president” has proceeded to goad racists (I know, what else is new), scuttle the USPS to slow down mail in ballots to cheat the next election, and continue his ongoing dismantling of the US government in total. If all of this sounds like something out of a Stephen King novel—particularly The Stand or The Dead Zone—you’re not alone in thinking that way. Even King himself agrees.

While all of this has been going on there have also been several attempts to reappraise the work of H.P. Lovecraft, a man whose virulent racism is not only extant in the thousands of letters he wrote over years of correspondence with pretty much everybody, but also forms the backbone of his work. In Lovecraft’s milieu, lily-white scholars are constantly warped by exposure to cults worshipped by native or black populations, or race-mixing is a metaphor tied up in having sex with fish monsters to worship an undersea god. All of this is when he’s not just liberally peppering his stories with blatant racial slurs.

In The Sinking City, an original video game set in the Lovecraft mythos by Frogwares (the people behind the fun, janky Sherlock Holmes series), there’s a opening title card that explains that the makers attempted to depict the attitudes of the stories and the time as accurately as possible. Hence your encountering (and slaughtering) the Klan in the game, people demanding racial purity not as a way of fighting monsters, but in spite of it, simply for eugenics’ sake. Alan Moore, comicdom’s grumpy grandpa-Rasputin recently wrote Providence (illustrated by Jason Burrows and released through Avatar) in which the lead character, a gay, Jewish man (another couple of checkmarks on the list of things Lovecraft hated) bumbles his way through the outermost fringes of Lovecraft’s world, having hallucinogenic dreams in which he catches glimpses of the rise of the coming Third Reich. Moore weaves a tapestry of why Lovecraft endures: his xenophobic bigotry mirrors the same exact mindset that took someone like Trump all the way to the big chair in Washington DC itself—in other words, America hasn’t changed or gotten better—it’s always been a county of white men terrified by everything they’re not. A, well, Lovecraft country.

In the area of literary fiction itself we’ve seen a couple of biggies: The Ballad of Black Tom by Victor LaValle in which the author re-looks at one of Lovecraft’s most virulently racist stories, The Horror at Red Hook, from the POV of a Black man, Charles Tester. The author doesn’t peel away the racism, but re-centers it in a modern context, his Black hero taking Lovecraft’s racism head on. Lovecraft Country, a novel in stories, is the other biggie and the inspiration for the HBO series of the same name. The book, by Matt Ruff, is an excellent trip through Lovecraft’s ideas filtered through the experiences of a Black family from Chicago in the 1950s and nodding and winking at all the scanty pulp stories involving Black people at the time (including a mention of Bradbury’s Martian stories involving African Americans, stories on which the best essay I’ve read can be found here) and dealing with it all in the broader context of America’s debilitating racism.

The series takes what Ruff started and runs runs runs with it as I noted in a tweet after having seen the first episode. Beginning with the black and white dream of Atticus “Tic” Freeman (Jonathan Majors) running through what look like WWI trenches evoking the Harlem Hellfighters before killing an Asian soldier (a reference to both WWII and Korea) and then climbing out as the world explodes in brilliant technicolor. The landscape crawls with Martian Tripods, the sky hums with flying saucers, and a red Martian woman beams down and says something to him in a language he doesn’t understand. Jackie Robinson cleaves Cthulhu in two with a swing from his bat before Tic wakes up in the far more mundane back of a bus that soon breaks down. As he trundles down the road carrying his duffle bag and the luggage of the only other Black person on the bus, an elderly lady (the white passengers got a ride into town from a white-driven truck) she asks him about the types of stories he reads and why he’d read Edgar Rice Burroughs if the lead is a Confederate: “Stories are like people,” Tic answers, “Loving them doesn’t make them perfect. You just try to cherish them, overlook their flaws.”

It’s the ethos of the characters at the outset: they live in a world not built for them so they try to fit in it as best they can. It’s reflected in Tics uncle, George Freeman’s (Courtney B. Vance) job, writing the Negro Motorist Green Book detailing safe places for the travelling Black person to stay and to eat at and which to avoid at all costs. It’s a book for people just trying to live in a country that is far from perfect and has an overwhelming amount of flaws, but that they try to overlook anyway.

Tic eventually returns home to Chicago at the same time his old friend Letitia “Leti” Lewis (Jurnee Smollett) does, seeing all the life being lived without him. People cook out, gossip in the streets, kids play in the spray from an open hydrant before a scowling white cop shuts it off—in other words it’s folks just living—except in a movie with white people the cops are friendlies, not acting as an occupying force. Leti runs into her sister Ruby Baptiste (Wunmi Mosaku) at a nighttime concert in the street and the duo sing “Whole Lotta Shakin’ Goin’ On,” before Leti asks Ruby for a place to stay and Ruby says she can stay with her for two days before reminding her that she never showed up to their mother’s funeral.

In the meanwhile, Tic, looking for his dad due to a mysterious letter he received where his father mentions his family in what Tic mistakes as Arkham—as in Lovecraft’s notorious setting for his stories—and George corrects as Ardham. They piece together that it’s in Massachusetts and set off on another journey to fill out the Green Book, a journey in which Leti tags along. The scariest sequence of the episode—in a show filled with literal Lovecraftian monsters, by the by—comes when they stop at what’s supposed to be a safe, Black-owned diner that somehow has only white people inside. They sit down to eat and Leti excuses herself to the ladies room where she overhears the cook calling up his deplorables. Tic asks George to relate why the White House was white. George mentions that it was painted that way to hide the scorch marks from being burnt in the War of 1812 as Tic slides back a piece of linoleum from the scorched floor underneath. The family flees to their woody and end up chased by a truck loaded with rednecks firing rifles at them as they speed out of town. Only the intervention of a mysterious silver car pulling between the two saves them as the truck hits an invisible barrier that the car seems to exude and flips end over end.

They search for the bridge to Ardham before being stopped by sheriff Eustace Hunt (James Harris) for being in a sundown county—that is a place that sees fit to lynch Black people who remain in their borders after dark (and if you think it’s the type of thing that only happened back then, in 2017 the NAACP listed Missouri as a sundown state)—only a few minutes before official sundown. After a tense escape driving the speed limit and trying to beat the clock even as Hunt bumps their car with his, they barely make it over the county line before running into a whole cadre of deputies from the next county, all of them working with Hunt as if it’s all a sick joke. It’s only when the deputies start getting picked off by albino monsters covered in eyes that live in the haunted woods around Ardham that our trio can escape to a cabin where they hole up until sunrise, trying to save themselves from the things in the trees.

Disheveled and covered in gore the next morning, they make their way across the bridge they were looking for when Hunt stopped them the day before, cross it, and come upon the sprawling Braithwaite mansion. There they spy the silver car parked out front and the door swings open, a man with ice-blonde hair and ice-blue eyes not only recognizing but welcoming Tic home.

As our three flies enter the home of this albino spider we understand that this story is the opposite of something Lovecraft would write: this lily-white occultist will do his best to be the downfall of our three protagonists of color, not the other way around. All that remains is to see how far it will go.