This short episode packs a lot of punches 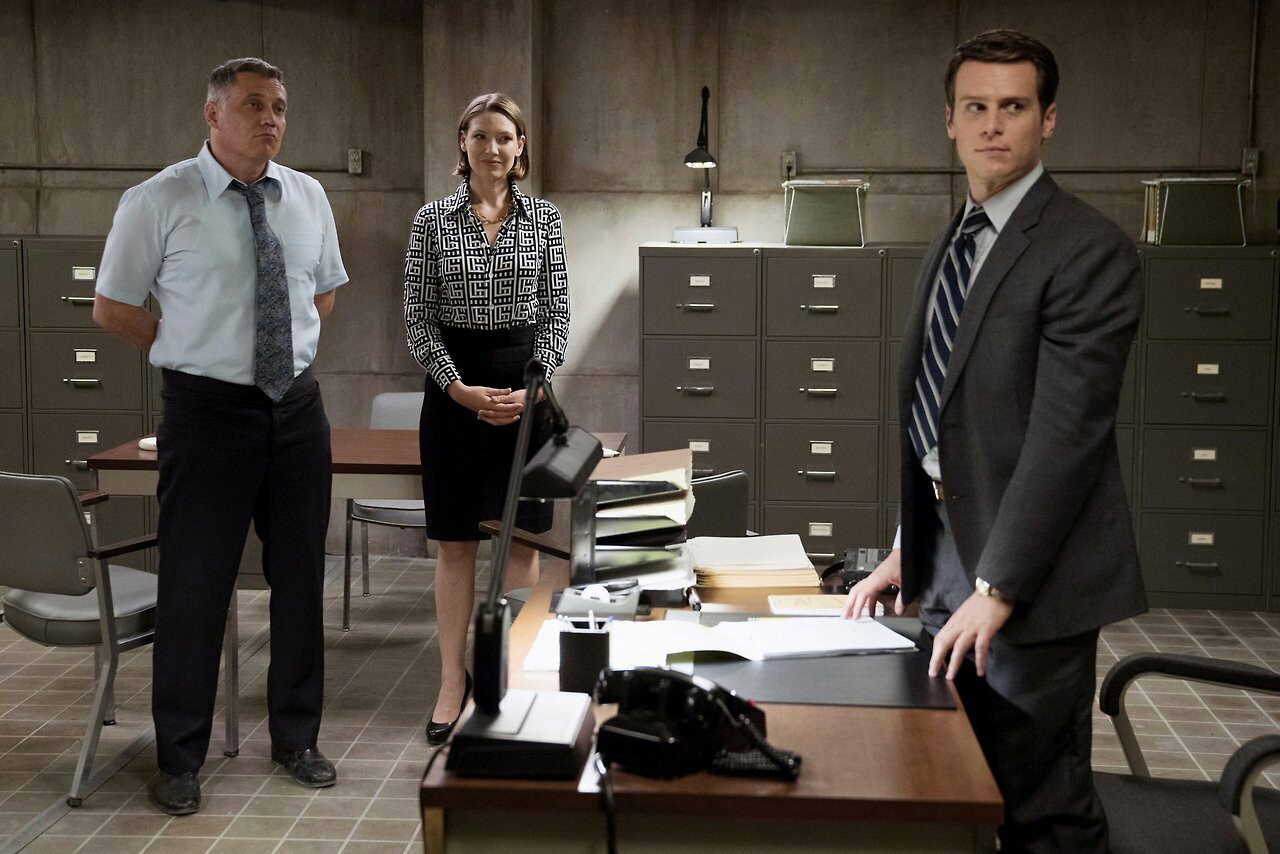 In Episode 6, the shortest of the series (34 minutes), Bill and Holden get their Altoona murderer but a hiccup in the case means Holden has to return to Altoona and Bill suggests he take Dr. Carr with him – Anna Torv finally joins the road school squad!

For the first time, Dr. Carr sees how hard it is to explain her academic insights to regular people. The district attorney isn’t an idiot, but in the 1970s, they were the experts in a nascent field and that made it hard for anyone else to fully understand, let alone accept, Holden and Dr. Carr’s insights. Thankfully, Dr. Carr is quick on her feet, never talking down to the lawyer in front of her and acknowledging that she needs his help to get justice for Beverly Jean. I think a lesser show would have done this differently, painting Dr. Carr as the cold, calculated academic who thinks of others as stupid, and can’t see past the facts to show compassion for a murdered woman. On Mindhunter, Dr. Carr wields her expertise like a weapon, cutting through her obstacles to try and reach the district attorney.

Speaking of Dr. Carr, she has some big decisions. She’s been offered a position at Quantico full time, and we get a glimpse of one thing that is making her decision tough. It turns out, Dr. Carr has a girlfriend, Annaliese, who is played by Lena Olin! This was such a delightful surprise! I admit as soon as I realized it was Lena Olin, I became suspicious because we all know she’s a spy. Her short scenes with Annaliese give her depth, and at the same time, lay out the issues she faces even as these issues are never quite overtly addressed. For example, Annaliese quietly asks, “do they know you’re a lesbian?” We know this is a big deal in the 1970s. We know that the implications of taking a full-time job elsewhere would not only end her relationship with Annaliese, it would remove her from the safe confines of academia where she and Annaliese can spend time together with colleagues without judgment.

For Dr. Carr, joining Quantico isn’t just a life-changing job. It’s recharting her life to remove all the safe spaces she’s built for herself. With two short scenes, Mindhunter has given us a look into how the show’s deepest female character has to put her life on the line for the sake of her work, a dilemma that not only doesn’t exist for our male protagonists, it highlights the challenges that LGBTQ women continue to face.

This episode has other surprises, as well. In this episode, we meet Bill’s adopted son, Brian. It’s not clear whether Bill doesn’t know how to connect with Brian because Brian Is a toddler, or because of some unknown history in the boy’s life that keeps Nancy and Bill up at night.

I appreciate the respect the show gives to Nancy. Nancy’s place as a traditional mother and homemaker (in contrast to Debbie and Dr. Carr, who don’t have children) is never disrespected here. She’s worried her son is too quiet, too much of a mystery. She’s not concerned that there’s anything wrong with Brian, but that she isn’t able to properly take care of him because she isn’t aware of his emotional needs. I hope we see more of Bill, Nancy, and Brian together as a family.

With three episodes left, I’ll be interested to see whether our trio pick up another local case and whether this season gives us any resolution. Mindhunter isn’t built like other shows. The risk is that it’ll end too abruptly without any real conclusion or that – in its quest to give us one – it’ll turn into a different, more conventional show. Either way, I’m definitely still here for the ride.