Everyone turns on Holden Ford 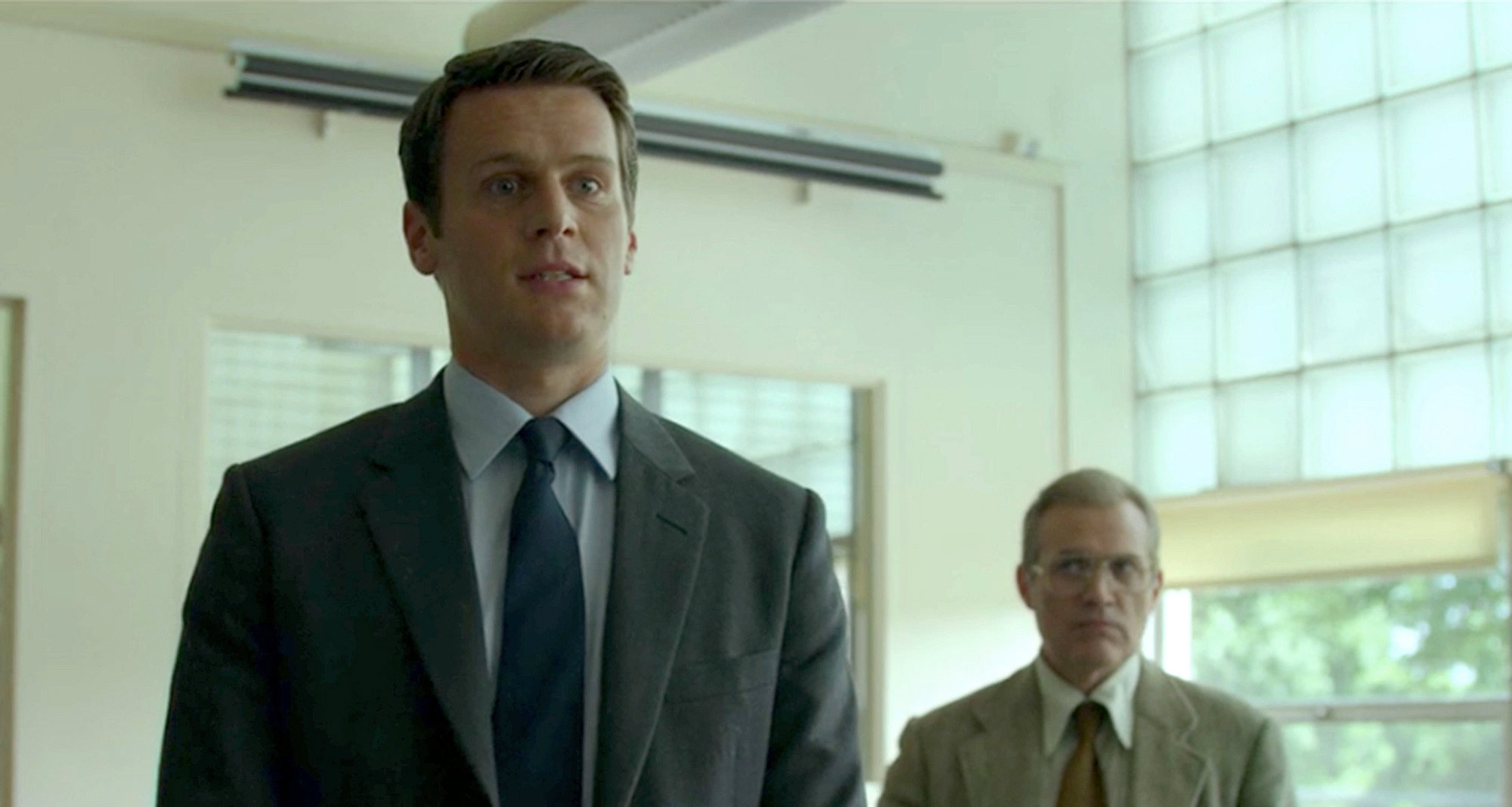 Holden Ford is like little Georgie staring down the storm drain and his Pennywise is a middle-aged school principal who likes to tickle children’s feet. This is a weird episode.

In Episode 8, Holden goes to a school to talk to kids about spotting troublesome behavior in their family members or fellow classmates. A teacher pulls him aside and tells him that the principal, Roger Wade, likes to tickle kids’ feet and gives them nickels for it. Holden is understandably alarmed, and asks Bill to investigate with him. Bill refuses, believing that though Wade is weird, he hasn’t committed a crime. Unwilling to take “no” for an answer, Holden investigates on his own, with poor results.

Meanwhile, Dr. Carr and Bill are frustrated because Holden isn’t participating in screening candidates to join the Behavioral Science team. Bill wants to hire the black candidate they interviewed, but Dr. Carr says that many of their interview subjects will be racist and wouldn’t respond well to a black man. Bill, without a second thought, agrees to move on. I have to circle back to the fact that this show is very white and very male. Presumably, if they had interviewed a woman, Dr. Carr would have probably said that their interview subjects were sexist. Comments and justifications like this are what underpin much of the discrimination we see throughout the years, and while it makes sense narratively (some serial killers are definitely racist and sexist), it also acts as a way for the show to remain white male. Next season will cover the Atlanta Child Murders. I hope Fincher is aware that 1970s Atlanta is not as white as the FBI.

Holden is playing with fire, and gets burned when the team’s new hire (white, male) snitches on him to their boss, Shepard, during casual conversation. Shepard warns him to drop the case because predicting crime is not what the FBI’s job (of course, we know that this is exactly what the FBI tries to do today). Holden is upset (though you’d never be able to tell from his emotionless, handsome face), and when he tells a member of the school board, “I believe he’s developing a compulsion that he’s justifying as a choice,” is he saying that about himself, too? Does he know what he’s doing, playing expert with only a handful of interviews and some insights to his name, and feeling the rush of solving a case? What has Holden actually observed that he can accept as the truth? Bill and Dr. Carr rightfully call him out and tell him he’s not equipped to be a consultant. I hope this comes back around next season. What Holden is doing hews very closely to John Douglas’ actions during the Atlanta Child Murders case.

I liked this episode, but it feels less integrated into the arc than other episodes. The tickling principal takes center stage, which places the Jerry Brudos interviews on the back-burner, and there is very little time spent with Brudos as a result. Overall, the episode feels a little lopsided. By far, the best development is that Holden and Debbie are on the verge of breaking up, but those scenes don’t have much impact because Holden’s not exactly a fountain of emotion.

We now have two episodes left, and this is likely to be the only Mindhunter review that will be published before Thanksgiving in the United States. I am grateful for Lewton Bus readers, and have a gift for you! Read the FBI’s 8-part series on serial killers for some very interesting insight into the FBI’s history and what Douglas and Ressler’s interviews actually accomplished (this is in part 8). You’ll know all sorts of trivia for the Thanksgiving dinner table, and it’ll be a great distracter for when your uncle is half drunk and wants to rant about black people and liberals.