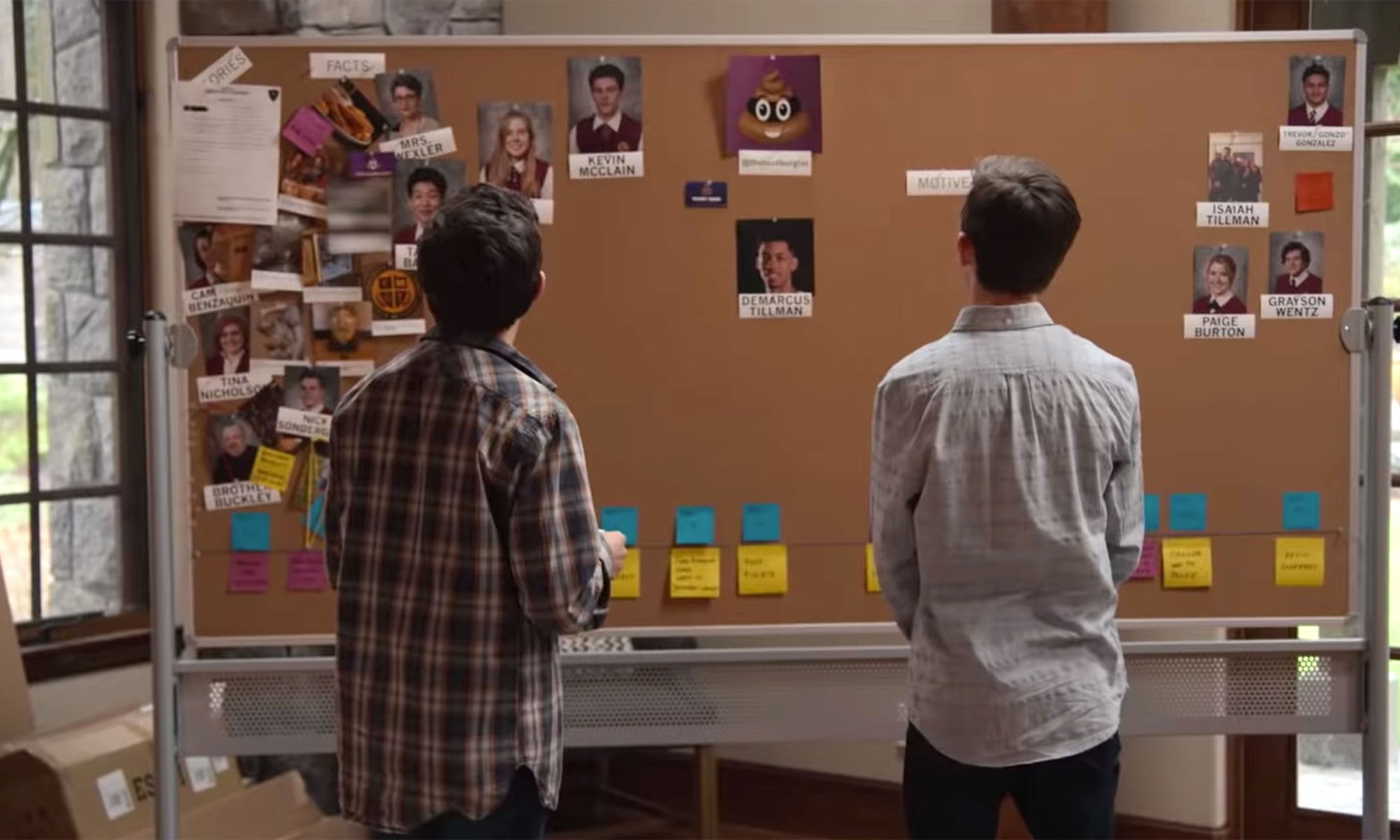 Capturing the spirit of youth is one of the most difficult tasks for any filmmaker or artist. Most creatives in their early years are too green and too inexperienced to confidently convey their themes and older, more seasoned writers and directors often are too disconnected from their early years to earnestly portray adolescence without being driven towards nostalgia. It’s a thin line to walk, and films live and die on the ability to effectively depict this period in people’s lives. One false note can cause the audience to blanch and dismiss a work as something hollow or erroneous.

It’s something that makes American Vandal such a great exercise in blending genres. It’s ostensibly a mystery mockumentary, hilariously lampooning the true crime genre with each season’s central questions: “Who drew the dicks?” and “Who is the Turd Burgler?” There’s no question that it works in this regard, with direction and writing that immaculately apes the look, pacing, and story beats of a traditional who-done-it documentary. But at heart, American Vandal is entirely about the high school experience and how the pressure of those years can make us, break us, or mold us into something different.

Oh, and there’s a lot of incredible poop and dick jokes on this show.

The first season, which centers around the attempt by Peter Maldonado (Tyler Alvarez) and Sam Ecklund (Griffin Gluck) to get to the bottom of what happened the day when the cars of their high school’s teachers were all spray painted with red penises. The crime had been pinned on Dylan Maxwell, the class clown and notorious dick-drawer and no one except Peter and some of Dylan’s friends believed that anyone else was even a suspect. Peter is able to exonerate Dylan, but the way his classmates speak of him in the documentary breaks Dylan and he winds up spray painting a dick on the teacher who framed him’s house — becoming what everyone expected him to be.

American Vandal that first go around caught everyone by surprise. We all clicked play expecting a dumb goofy mockumentary about penis drawings, but wound up sitting through eight half-hour episodes that took the interpersonal dynamics of the characters deadly serious. The documentary makes Peter and Sam campus celebrities, but at the expense of alienating their friends (and at one point, each other). Dylan’s life might have been potentially destroyed by the false accusations against him that he drew the dicks, but he’s absolutely devastated when watching the documentary for the first time. The season highlights how much pressure kids at 18 are under to become who they are going to be the rest of their lives, and how some people too young to even vote can have their whole future decided by an act of stupidity.

Which brings us to the recently released second season of the show, which follows Peter and Sam as they are allowed to travel to Bellevue, Washington to make a second documentary to exonerate Kevin McClain. His crime? Putting laxatives in the cafeteria lemonade causing a massive outbreak of diarrhea, dubbed “The Brownout,” as well as filling a pinata with poop and loading a t-shirt cannon with dusted cat turds. Each crime was labeled with a business card for one “Turd Burglar,” indicating all the crimes were committed by one person. His best friend is the one who turned him in to the cops — both of whom had decided Kevin was their guy the second they got their sights on him. But Peter and Sam, while skeptical of Kevin’s innocence, find many suspects among the student body, including star basketball player DeMarcus Tillman and drama kid Drew Pankratz.

The prior season set the bar surprisingly high both on a comedic and dramatic standpoint. Which is why it’s quite impressive that the second season manages to possibly improve on the first season’s excellence. The stakes are higher, with Kevin not just expelled from school but also on house arrest for 9 months. The personal dynamics are more complex (but no less accurate), as the politics of navigating St. Bernadine’s private school structure and high profile basketball program are much more intricate than the more straightforward public school in the first season. And most importantly, the thematic core of the season is just as poignant and bittersweet as it was back in 2017, maybe even moreso.

Where previously the show focused on the external pressures of high school and what they can turn us into, American Vandal’s latter season instead focuses on how that pressure can make us feel. Lonely, isolated, defeated, violated… the central mystery plays into how, no matter the social status, everyone struggles with the mental and emotional push and pull of their teenage years. The star basketball player can’t relax and be himself because he always has to be the cool kid. The weirdo loner EDM musician either has to embrace being strange or face being an absolute nobody. Friends struggle with fitting in with different social spheres. Everyone is navigating through a social hurricane equipped only with a broken compass and sailing on a plank of wood.

American Vandal is a plea of empathy for these kids, to accept and love them where they’re at. Life is hard and everyone struggles, but we all have the capacity to make it a little easier. No one will ever be perfect, and they’re certainly not perfect at 16. But Vandal wants everyone — parents, grandparents, teachers, and peers alike — to embrace and love each other despite our flaws.

But most importantly it features a mosaic of people taking big runny dumps all over the walls of a high school and someone whacking open a pinata with a big steamy poop in it. It contains multitudes.