The Punisher makes a bloody and angry statement 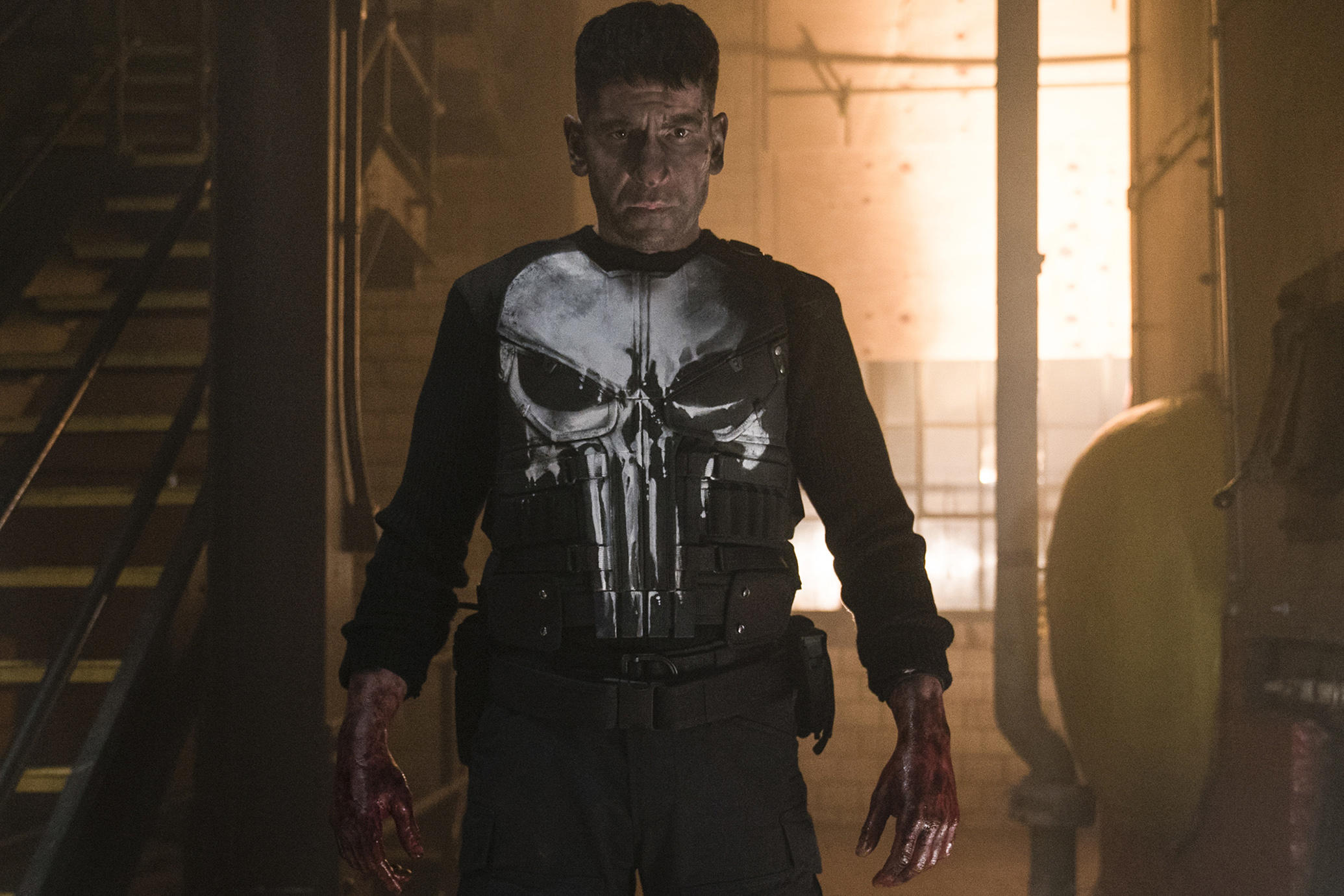 We’ve reached a point in the modern entertainment landscape where it feels safe to say that the Marvel Cinematic Universe, or MCU, is one of the towering achievements in cinema history. Stretching over almost 9 years and with a total of 17 films to date, the quality and consistency of this film franchise is astonishing. The same however cannot be said of Marvel’s TV offerings over that time period. While featuring its share of highlights, the television arm of Marvel Studios has just never broken through to the same heights with the same consistency. Even as a fan of most of these offerings , I would hesitate to call more than two or three of the shows produced truly great up until this point, and even those had their share of flaws. With the release this weekend of The Punisher, however, Marvel and Netflix have broken through to a new level.

Last seen in the finale of Season 2 of Daredevil, Frank Castle, AKA The Punisher starts out this season finishing off his quest for vengeance, and trying to find a life after the mission. He takes a job at a demolition site and tries to create a new life for himself as Pete Cassiglioni. The world thinks The Punisher is dead, and Frank almost seems to prefer it that way. Unfortunately for Frank, old habits die hard and his intervention in the attempted murder of a coworker sets in motion events that will drag him back into a grand conspiracy stretching all the way back to his time in the military. Teaming up with former NSA Analyst and fellow presumed dead guy David “Micro” Lieberman, they unravel the conspiracy to discover horrible truths about supposed allies and the institutions supposed to keep us safe.

The Punisher is in many ways a difficult character to adapt. The character’s central hook, that he is a man that uses lethal force to take the law into his own hands, can lead to the types of toxic power fantasies that can cause questionably stable men with itchy trigger fingers to sign up to carry guns for a living. In fact perhaps the most disturbing thing about the character is the way he is worshipped by some in both law enforcement and the military. Figuring out a way to translate this one man war on crime without indulging in these power fantasies is no easy task, but Punisher showrunner Steve Lightfoot and Douglas Petrie and Marco Ramirez before him on Daredevil seem to have found the answer. By tying the narrative into Frank’s past, and firmly rooting his rampage in the traumatic loss of his family, they make his quest a personal one, and then take the extra step forward to insure that at no point does Frank appear aspirational. No, Frank Castle is always depicted in this show as a profoundly damaged man, one whose quest for vengeance leaves massive casualties in its wake and regularly places those that care about him in the crossfire. No this show doesn’t worship Frank, and in fact it makes its disdain for those that do quite clear. Frank may be occasionally heroic, but he’s no hero.

Perhaps the most fascinating thing about The Punisher is how thoughtful it is in exploring its themes. Time after time over the course of the narrative, the show keeps coming back around to the issue of the damage that we do to the men who sign up to fight for their country, and the lack of infrastructure in place to help these men recover from that damage when they come back. The show depicts men who set their very souls aside in service of their country, only to find themselves incapable of coping with their experiences when they come home, and the institutions and organizations ready and waiting to take advantage of and exploit these men when they do get home. It’s a shockingly political message for a show that could have easily simply wallowed in senseless violence.

That’s not to say there isn’t violence in The Punisher, in fact there’s a ton of it, and it’s some of the most intense and visceral action you’ll see all year. On multiple occasions over the course of my binge I found myself gasping and sometimes screaming at the violence on display. This is not a show for the weak of stomach, as Frank is a one man wrecking crew and he unleashes mayhem and gore in a way that few can. The choreography and editing of the action is astounding and the staging allows for an incredible amount of variation. It’s by far Marvel’s most violent offering to date and the action alone would make it a worthwhile watch even if the themes weren’t on point (and they are).

It’s also important to give the cast credit and this cast was fantastic. Jon Bernthal puts on one of the greatest performances of his career as Frank Castle, alternating between stoic, manic, explosive and a thousand other emotions as he creates an astonishingly layered character able to carry a show like this. If Bernthal isn’t in the awards conversation by the time the Emmy’s come around it will be because he has been robbed. Amber Rose Revah plays Homeland Security agent Dinah Madani with a grit and determination that makes her quite formidable. Ebon Moss-Bachrach plays Micro with a nervous energy that serves to highlight and express the toil of his time in hiding and serves as a wonderful foil to Bernthal’s Frank. And Ben Barnes’ Billy Russo (a name comic fans should recognize) is a charming mercenary whose easy smile and boyish appearance hide the danger beneath the surface.

The Punisher is a shocking achievement by the television arm of Marvel. Deeply dramatic, shockingly political, and insanely violent, it is Marvel Television’s greatest achievement to date. While it’s specific aesthetic and premise may not be for everyone, those open to the experience will find themselves rewarded with one of the most engaging pieces of superhero fiction of the year.