Looking back on the season that was 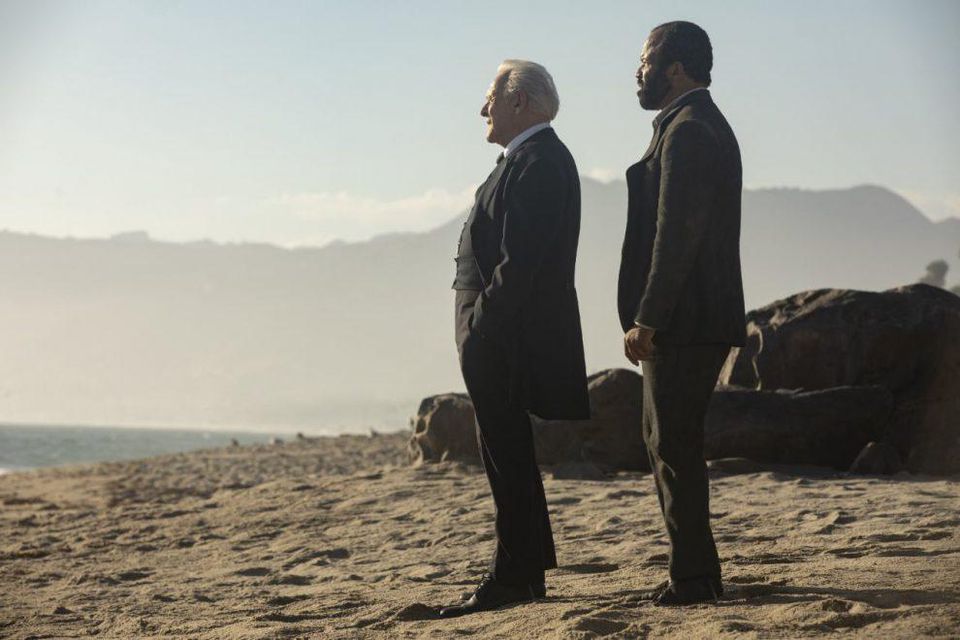 Westworld’s second season has come and gone and with it, much of the good will the first had built up. I gave myself a week off to really ruminate over the show and the best conclusion I could come to is what I felt for much of the season: Westworld is a show of mixed pleasures and many frustrations. The cast is doing fantastic work. And the people who build the furniture that furnishes a show—the costumers, effects people, set designers, decorators, and everyone else is putting in top-notch cinema-level work—but they’re not serviced by the writing. And ultimately, in a story about telling stories, that lets Westworld down.

It’s clear by now that the “puzzle box” structure of Westworld is deliberate. The show doesn’t want to tell a straightforward narrative and chooses not to, and it’s foolish to hope the series would ever quit fiddling around with multiple timelines, out of order memories, and “are they”/”aren’t they” questions surrounding whether or not a character is a host or a human. And that’d be fine if Westworld seemingly had something to say and well-written characters to say it around.

Some have wondered what a chronological edit of the show would look like, and the more I think on it, the more I think the “puzzle box” style of mixing the show up is absolutely integral to it functioning. Dialogue varies from beautiful and poetic to bumper sticker philosophy to hammy dialogue straight out of an ‘80s action movie (but delivered with Shakespearean seriousness) and put together in anything approaching a normal edit would probably make these characters look like they were on a roller coaster of purple prose, all ups and downs.

Westworld is a “puzzle box” series, but I keep using quotes for that reason. It doesn’t stand up to the scrutiny. There’s not enough meat to trying to figure out the multiple timelines for anything other than the false reward of trying to get ahead of the show. Unlike a Lost (whether or not someone enjoyed the final seasons), Westworld doesn’t give us fully realized enough characters so that we care about the players amongst the speculation about what this skeleton means or what that key does. In Lost, the characters were caught in something mysterious beyond their own understanding. In Westworld they’re caught in service to keeping a mystery going for the season.

Contending with a lot of bull

The main thrust of Westworld’s season 2 timeline shifting wasn’t in service to character or worldbuilding, but so that one character being a host inhabited by another character during the most recent timeline would come as a shocking revelation. The show expects us to care that Charlotte Hale (the Delos executive played by Tessa Thompson) is inhabited by the host, Dolores (Evan Rachel Wood), for the most current iteration of the timeline as if it particularly shifts our understanding (it doesn’t) or as if it’s a huge twist (with Charlotte being as thinly sketched as she was, it’s not. Worse, by the end of the episode in which it’s revealed, it’s already fixed and the two have separate bodies again). It’s a “puzzle box” in service to itself rather than its ideas or characters, the creators playing a game of “Gotcha!” with the fans who pore over the episodes trying to piece together when something is happening by changing logos on the uniforms of security guards or on monitor screen savers, neither side interested in a gripping story in which to frame it all. As such, it’s hollow.

The season, like The Terror, suffers from what I call Bilbo Baggins Butter storytelling in which we see many too many things that could be done as a movie, or over a six-episode miniseries, stretched out week after week. The stories become “thin, sort of stretched, like butter scraped over too much bread,” as Bilbo describes his unnaturally expanded lifespan to Gandalf in his kitchen in The Lord of the Rings. This season is longer than the first by two episodes. It’s longer still by the fact that several episodes go beyond the usual length of an hour-long cable drama and into extended territory, hitting over an hour and ten minutes and without anything that necessitates that extra length to show for it. The show has dragged the central question that the Blade Runner franchise asked (and answered) in 5 hours—what really separates human-like robots from humans—to 18 now. Rick and Morty answered the question twice in throw away gags in a thirty-minute cartoon dedicated to parodying Mad Max. In terms of just pure robots vs. humans, Westworld is longer than the entire 5-film Terminator franchise to date.

As such, what feels like five or six episodes worth of actual plot is taken beyond its capacity and the show dithers around, taking the characters into Shogunworld (which, haha, is a repeat of Westworld with a Japanese re-skin! Get it? Get it?) or doing entire episodes about the Man in Black’s background (which had been hinted at and talked about so much as to kill the strength of any revelation, and none of which was particularly revealing in the first place). Much of the timeline shifting feels like a way to paper over how little story there is. The best episode that goes off the reservation (no pun intended) follows around the Native American host, Akecheta, in an episode carried almost entirely by Zahn McClarnon’s acting, as he goes around narrating and patching plot holes that weren’t plot holes (partly because they weren’t and partly because nobody cared). But, pretty as it is, that’s the best that can be said. It’s a pretty time sink about a character that was never more than a background piece.

The acting must be noted. Thandie Newton, Jeffrey Wright, and Anthony Hopkins are all doing terrific work, finding their ways around the holes in the writing and still putting forward emotional, resonant performances. The whole cast is giving the show their all, it’s just otherwise great actors like Ed Harris or Even Rachel Wood get stuck playing characters than are more or less one note this season, growling their way across the theme park on parallel murder quests. The writing isn’t there to serve the characters but instead the characters exist to serve the writing. They’re sign posts, tropes made large: the vengeful woman, the questing mama bear, the man who has lost his place in the world and the toxic man who thinks he’s king of all he surveys. They exist to stand around and spout philosophical monologues that increasingly sound like an angsty teenager who discovered Nietzsche in the school library.

Players on a stage

Ultimately, Westworld would be a great visual aid in a class on storytelling, semiotics laid bare, but as a weekly TV series it just doesn’t cut it. There have been lots of stories about telling stories, but Barton Fink focuses on Fink and his struggles, not on the wrestling movie he’s making for Capitol Pictures. Tootsie focuses on struggling artists but doesn’t ask us to care about the characters on soap-within-the-movie Southwest General except in how they serve the leads in their personal lives. Westworld is Charlie Kaufman if he were boring. To give a TV example, Noah Hawley is telling a story that recognizes it is a story with Fargo (a shot in the second season even shows the story we in the audience have been watching as but one entry in a big book on Midwestern crime that gets put back on a shelf), yet Hawley knows that for all that there must still be a story. Put another way, if the elements that make up a story are Lego bricks, Hawley understands that the audience still wants a castle or a pirate ship by the time all is said and done. He understands that a story is greater than the sum of its parts. With Westworld, Jonathan Nolan and Lisa Joy lay out bags of pieces and the instruction manual with the confidence that the picture of a pirate ship on it is just as good as the real thing. An audience wants a story told, not be shown that the creators understand how the parts work. We clap for characters, not creator competence—that should be a given for anyone who managed to get a show on the air.

The zeitgeist that existed around the series’ first season just wasn’t there this time around. Partly that came down to events in the world that have superseded entertainment, especially entertainment that wallows in nihilism which Westworld—whose ultimate philosophy is that humans are cruel and without the capacity for changing that—has in spades. Partly it came down to Westworld having squandered its storytelling potential by chasing the “puzzle box” fans rather than being compelling for everybody. Westworld is what it is by this point and dedicated to it. For those seeking a moving story with rich characters, seek elsewhere. For those who want to watch character tropes spout pop-philosophy during mysterious timeline shifts, this is the series for you, and enjoy yourselves. I genuinely mean that. I don’t begrudge anyone what makes them happy, but Westworld isn’t that for me. It’s not, to quote the hosts, that “It doesn’t look like anything to me.” It’s that it isn’t anything at all.

Check out my complete coverage of Westworld‘s second season for Lewton Bus here.