What We See of Ourselves 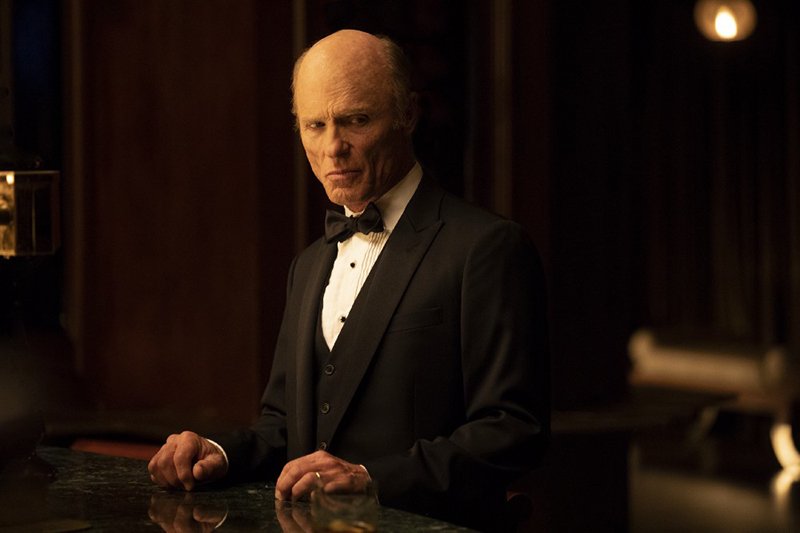 Choice, choice, choice. That’s at the heart of Westworld’s look at what makes us human. It’s been in the series’ DNA from the first episode. How people treat the hosts is a reflection of their true selves, who people really are. Characters have talked about that very thing since the premiere. But there’s more to Westworld than that. It’s more than a mirror that might reflect something unpleasant back—it’s people and their choices it reflects.

Tonight’s episode, appropriately enough for Father’s Day, is about fathers and their children. A good chunk is focused on William, his daughter, Grace (who is really named Emily), and his memories about his wife, Juliet, and the night she killed herself. A smaller part, though no less for it, focuses on Ford and his host children. And threaded through all of it is choices.

William comes to and sees his daughter patching him up from his wounds. He remembers a fancy party thrown in his honor but during which he can’t focus on anything but his memories of and desire for the park. Juliet is charming when she’s with him even if she lets her drinking get out of hand over his cold-fish distance, and his daughter is doting toward him, seeing only the drunken embarrassment she perceives her mother to be, but not the behavior of her father that exacerbates it. For anyone who has lived with an earnest parent made to look bad in the eyes of their child by one who is an expert at acting well behaved socially, it’s a familiar and nightmarish recreation of domestic horror, even done this subtly. But it’s always been in the subtlety of human interaction where Westworld, a student of it, shines.

Grace tells her father that she remembered a time she hurt her mother: Given a jewelry box with a dancing ballerina in it, she’d rejected the gift telling her mom she hadn’t danced in years. She threw it away, and upon feeling guilty went back to retrieve it only to find her mistake made permanent: the trash was empty, the box gone. That’s partly why she came looking for her father. When William presses her as to her real reason, she tells him she wants in on his human-host recreation project (apparently made by scanning the guest’s brains through implants in their hats) so she can press a recreation of her mother as to why she really killed herself.

But William knows. At the party he goes to the bar lounge away from the main hall and orders a drink. There he meets Ford in the flesh, there to pay his public respects to William for his work. And to give him a copy of his park profile, a mirror he tells him, that will be ugly indeed. (And let us be grateful Anthony Hopkins is back in this series. Not only is his acting beautiful, understated, and just light years beyond even his own work of recent years, but he’s also able to deliver elegant, beautiful speeches and hoary old fortune cookie philosophy with equal grace.)

When William and Juliet go home after the party, they have it out. She tells him she fell in love with him because of his lower-class background and his shabbiness that seemed more real to her than all the phony rich guys that hovered around her. But she tells him he was the worst of all because he hid how phony he was behind a veneer that fooled even her. When Emily comes in, she automatically takes her father’s side, and her mother’s worst horror is realized: William is such a good performer, he’s even fooled their daughter. William goes to put Juliet to bed, telling Emily to wait for him.

In a reveal shown later, but put here for continuity’s sake, William tucks Juliet in and she asks him to tell her one real thing. He tells her he isn’t a member of her world, he belongs to the park. He says that he does good in the real world to make up for it, and that that should count, but that he’s built a wall between himself and her. He places his profile in a book on a shelf and leaves her when he thinks she’s gone to sleep.

When she’s sure he’s gone, she gets up, retrieves the profile, and plays it on her pad. The revelation is worse than she imagined. Not only is she married to a man who is an emotional fraud and abuser in the real world, but to one who is a psychotic in Westworld, slaughtering and raping innocents, killing men, women, and children alike. Horrified, she hides the profile in a box in her bureau—the rescued ballerina music box—and then kills herself.

And Grace/Emily knows. What’s worse, she knows her father let her think her mother killed herself over her actions, not his own. And when a Delos team comes to the rescue beacon Grace used to get them both out of the park, William knows Ford has pulled another one over on him even as they test him to see if he’s human (signs point to yes): There’s no way his daughter could’ve known about the profile unless she was a host. Grabbing a Delos gun, he slaughters first the rescue squad and then his own daughter, who dies, hand relaxing around the profile card spattered with her own life’s blood. William is horrified.

He almost commits suicide by pistol but stops himself. Instead, he falls to his knees and takes his knife out, cutting his arm open to see if he’s real or a host. If he is a host, one assumes, it would assuage his feelings over shooting his daughter, as she wouldn’t really be his daughter. But if he isn’t a host…

Bernard wanders Command until he comes across the room with the flayed Maeve in it, still being poked and prodded by Delos techs. He leaves a ghost of Ford behind who proceeds to tell Maeve how bad mankind is, and how she was his favorite child, even holding back tears. Thandie Newton, with aplomb, responds as much as someone who can only blink does, even crying herself. It’s a touching scene anchored by two great actors. Ford then says he doesn’t want her to die there on the table, kisses her forehead, and tells her to get herself out of her predicament. She begins rewriting code.

As for Ford’s other child, Bernard, he finally makes his way into the park with Elsie, who Ford keeps suggesting Bernard kill as he claims Elsie will betray him. Elsie, wanting the truth, gets only half-truth from Bernard. He keeps Ford a secret, but tells her they’re all headed to The Forge, spoken in ominous capital letters, where the recreated guests’ consciousnesses are stored. (This is also where I offer a “My bad” as I thought The Cradle was the end goal a few weeks back. It wasn’t. Only mid-season shenanigans). Bernard eventually deletes Ford from his code—he literally can’t be his own man with his father’s digital ghost riding around with him—and then sends Elsie away, telling her he wants her to be safe and leaving a beacon with her.

A small subplot exists in which Charlotte and the Delos tech who strip-mined Maeve’s ability to overwrite code transfer it to the Clementine host and use her to kill a roomful of other hosts, but it’s a minor aspect and dealt with as easily.

Similarly, a plot in which Dolores and Teddy meet members of the Ghost Nation who tell them the Valley Beyond isn’t for them is wrapped up fairly quickly in a gun battle that dispatches most of the natives except for one Teddy lets flee even after Dolores commands him to kill the straggler. Teddy, knowing he’s got some control over himself, and recognizing what Dolores did to his programming as a form of abuse on her end, questions what they have to gain as hosts if they become as cruel as the guests. Dolores, seeing him cock his gun, tells him he can’t kill her and after a beautiful soliloquy in which Teddy relates the first time he ever saw her, he agrees. But he can blow his own brains out, and does, leaving Dolores physically locked up, whether from programming or grief, until she collapses before his corpse. Like Bernard, he made a choice about his travelling companion.

The episode grinds the season to a halt right before the finale. Last week’s “Kiksuya” didn’t move it ahead either, but nevertheless told a beautiful story about a character—Akecheta—we saw little and knew less about and how he found his own meaning in the park. But deciding to wait until now to reveal the dark secret of Old William, the Man in Black, feels too little too late, no matter how well-constructed or acted. And it is well-constructed and acted. The performances are, as said above, on another level this week. Heart-rending stuff. Except for that feeling of treading water. Of having waited too long. We knew William was a bad guy and this didn’t tell us much more. It just solidified that what he did physically to the hosts he did emotionally to his family.

But that theme of choices is haunting, especially now at this point in history. The idea of making people own what they do, be it William cutting himself up over killing his daughter, or Teddy letting Dolores know just how far she could really push him with a bullet to his brainpan. Choices are what make us what we are, and in that case there’s little difference between guest and host. All that matters is what we will see when we look in the mirror.