SPOILER ALERT: Jeff Bridges is not a priest. 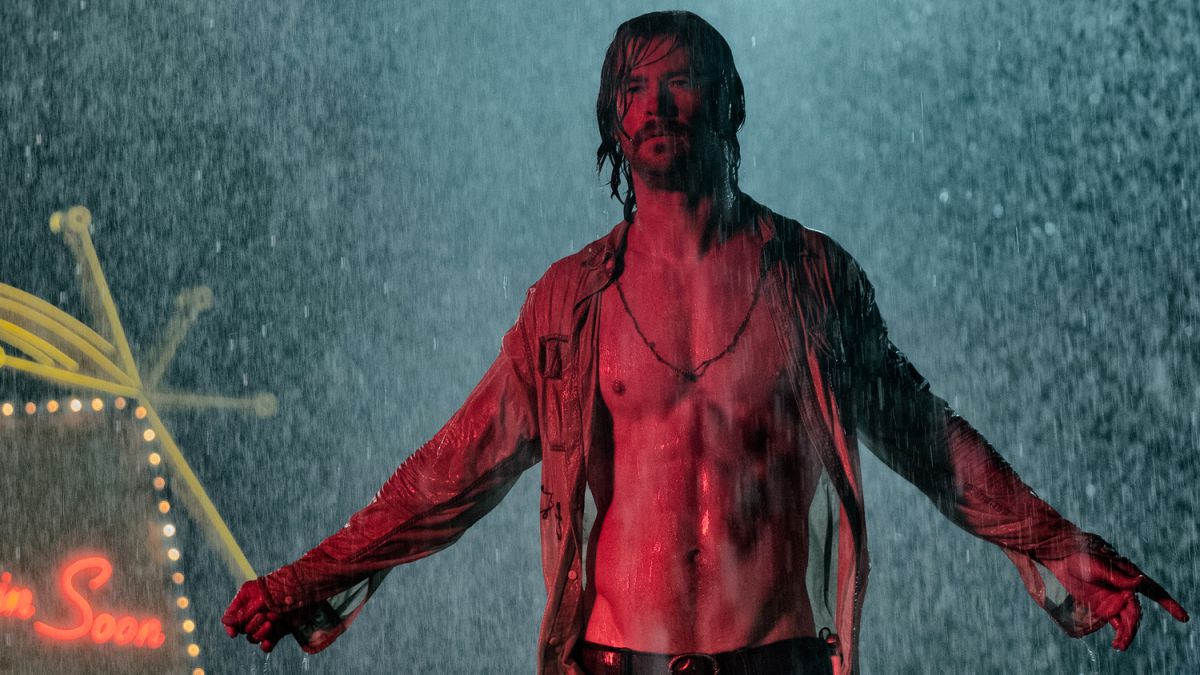 One of my favorite hobbies is showing movies I love to people who know nothing about them, just so I can watch their reactions. Just recently I watched The World’s End with my roommate, and she went into it somehow thinking that it was “a British version of The Hangover.” Her reaction when the robot aliens revealed themselves was something to behold. But one of my go-to movies for this is Drew Goddard’s wonderful, self-reflexive horror film The Cabin in the Woods. That film doesn’t really have a big twist, unfolding and doling out information instead of yanking the rug out from under you, but that climax still manages to extract gasps from the most jaded of unprepared viewers. It’s so much fun. So now, six long years later, we have the first trailer for Goddard’s directorial followup, Bad Times at the El Royale. Let’s take a look.

Holy moly, yeah. I am definitely down for this shit. I love the look, I love the cast, I love the somewhere-out-of-time Limbo setting, I love the dreamily ominous Chris Hemsworth. There’s not much here I don’t like. The only thing that slightly worries me is that there’s the possibility of it being too Cabin in the Woods-y.

I don’t expect a unicorn to show up or anything, but this feels like it’ll have the same sort of unfolding expositional structure as that film. Plus it clearly shares the element of a voyeuristic “Management” pulling the strings. Now that I think about it, could this be a crime-themed prequel to The Cabin in the Woods? Wouldn’t that be a kick in the pants? Either way, my pants will be in the theater on October 8th.