If anything it looks like a STREET FIGHTER bonus stage 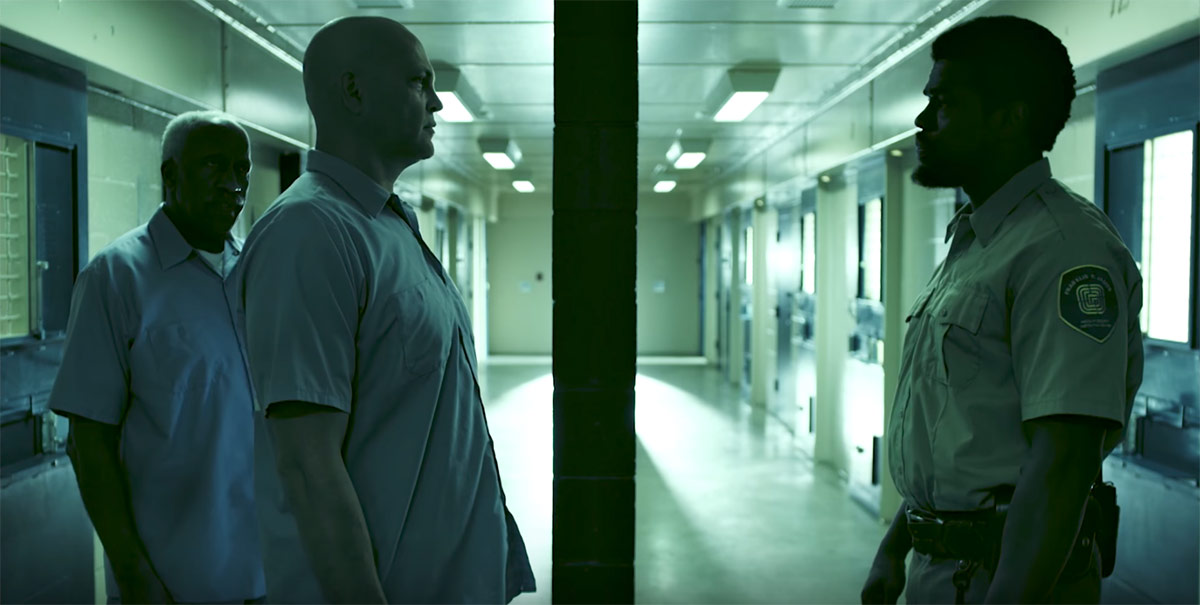 I was a bit of an outlier in my reaction to S. Craig Zahler’s debut feature, Bone Tomahawk. I wouldn’t say I disliked it, but I found it visually flat. Perhaps shackled by a lack of time and resources,  Zahler didn’t display much of a grasp of visual storytelling. All of that said, a first feature is a first feature, and this one sported some truly stellar writing and performances.1 Because of that, I’ve been eagerly awaiting his follow up film, Brawl in Cell Block 99. Say what you will about Zahler, he’s good at titles. Here’s the first teaser.

Yep. I’m sold. The first thing you’ll notice is that, despite its two-fisted b-movie title,2 this teaser features more car abuse than prison brawling and feels more like a character-centric neo-noir than an action flick in the traditional sense. However, according to Zahler, there will be plenty of fighting:

So, exactly how much brawling is in the film?

“There is a quite a bit,” says the filmmaker. “But there is, as with Bone Tomahawk, a similar emphasis on character. I’m not in any hurry to get to the brawling, but when you land there, you will know it, and it happens for a fairly sustained period of time. Vince Vaughn was so committed to this movie and he happens to have some boxing experience which really really helped. He was skilled enough that [we could film] a shot where it was going to be five hits exchanged, 10 hits exchanged, 15 hits exchanged, 20 hits exchanged, with no cuts.”

Sounds like he’s retained what was really great about Bone Tomahawk while at the same time stretching his wings visually. This trailer on its own probably wouldn’t have me particularly pumped, but knowing that Zahler is behind it means a lot. You gotta love the synopsis, too.

Brawl in Cell Block 99 (out in theaters Oct. 6 and on demand and digital HD, Oct. 13) stars Vince Vaughn as a former boxer named Bradley Thomas, who loses his job as an auto mechanic as his troubled marriage is about to expire. At a crossroads in his life, he feels that he has no better option than to work for an old buddy as a drug courier. This vocation improves his situation until the day that he finds himself in a gunfight between a group of police officers and his own ruthless allies. When the smoke clears, Vaughn is badly hurt and thrown in prison, where his enemies force him to commit acts of violence that turn the place into a savage battleground.

The Essence of Camp, Episode 56: END OF DAYS Previous
KILLING GUNTHER Looks Like Another Great Schwarzenegger... Next