The JUSTICE LEAGUE Comes Together in New SDCC Trailer 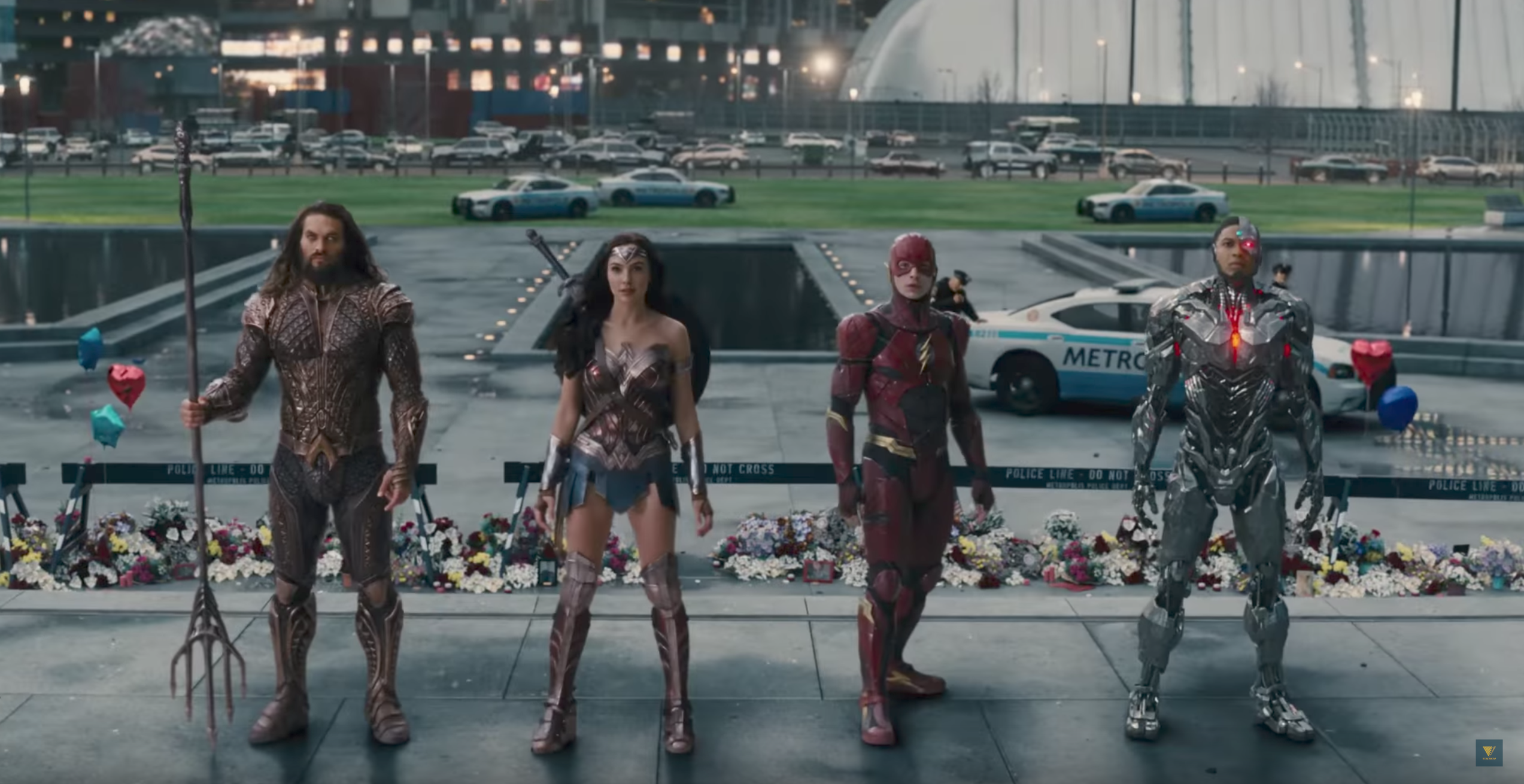 Signalling what is sure to be the start of the Justice League marketing blitz, Warner Bros. released their big SDCC 2017 trailer for the film online today, and friends I’m here to tell you that I like what I’m seeing.  It’s no secret that the majority of DC’s films so far have been divisive, with a small but vocal minority of fans making their voices heard over the large but still underwhelming box office performance of the first three films, with everything only really coming together last month with the release of the stellar Wonder Woman.  That film seemed to signal a better direction for DC’s shared universe, and certainly sparked new hope in beleaguered fans.

It’s pretty safe to say that WB hopes to keep that momentum and good critical and box office performance going later this year when they release their first big team-up movie.  Let’s take a look:

I think it’s clear that Snyder1 has let go of some the brooding meditations on superheroics he was exploring in Batman v. Superman and is more interested in giving audiences a big, fun adventure movie, while not totally abandoning the aesthetic and tone he used in last year’s film.  The addition of bro-Aquaman – surfing on a dude through a building at one point – and the Flash seemingly has added some levity to the film2, as well as spicing up the character dynamics.

We also get further glimpses of JK Simmons’ Commissioner Gordon, the suggestion of the Green Lantern Corps existing and being at least somewhat known in the DC Universe, and what I can only assume is a big tease about the return of the big blue boyscout.3  All in all I would say that Justice League looks to be a big improvement over BvS, and a continuation of the tone and quality we saw in Wonder Woman.  So yeah, I’m looking forward to this.