GO AHEAD! KILL ME! 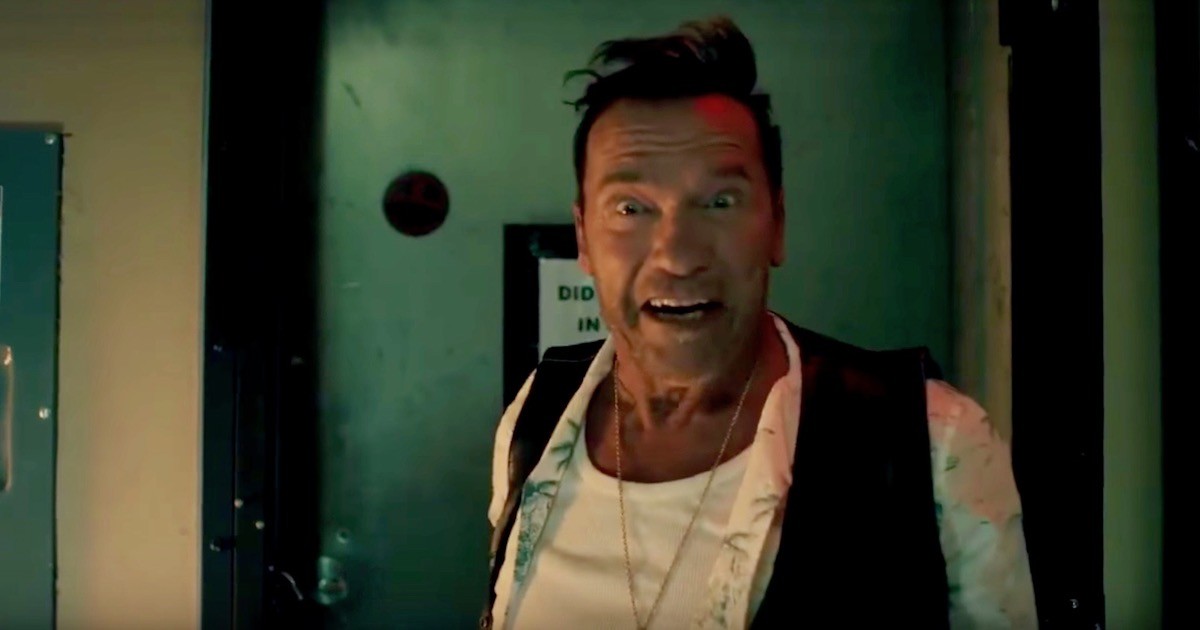 Arnold Schwarzenegger might be my favorite actor1.  From his trash-talking, ego-maniacal turn as himself in Pumping Iron to more recent, somber affairs like Maggie, I’ve always been on the Arnold hype train.  No actor has the same blend of physicality, charisma, humor, and magnetism that Schwarzenegger possesses, and even in his later career he often carries films that are mostly garbage outside of his performances.  Kinda like this trailer for his latest film, Killing Gunther:

First off, Arnold looks like he’s having a blast playing a villain again, and every second he’s on the screen here is making me beam with joy.  Sadly, everything else looks like it’s going to be a mediocre Saturday Night Live digital short stretched out for 100 minutes without the committed absurdity of The Lonely Island crew to salvage it.  Not to sound like I’m fanboying too hard, but none of the jokes outside of Schwarzenegger’s land.  I laughed harder at a brief glimpse of the titular Gunther wearing lederhosen than I did at anything Taram Killam and his merry band of ethnic stereotypes and boringly “goofy” white people said or did.  Plus the mockumentary format just isn’t working for me in this trailer.  It feels played out and, honestly, makes the film look and feel really cheap (like the aforementioned SNL digital short).

That said, Arnold stretching his action-comedy chops and shouting one-liners?  I’m the mark for this movie.  Plus it’s got an incredible poster:

What are your thoughts?  Great movie? Or greatest movie?

The BRAWL IN CELL BLOCK 99 Teaser is Light on Cell Block... Previous
Things We're Digging This Week - Week of 8/28/17 Next