The New STAR WARS: THE LAST JEDI Trailer Invites You To Embrace Your Destiny (Of Seeing This Movie) 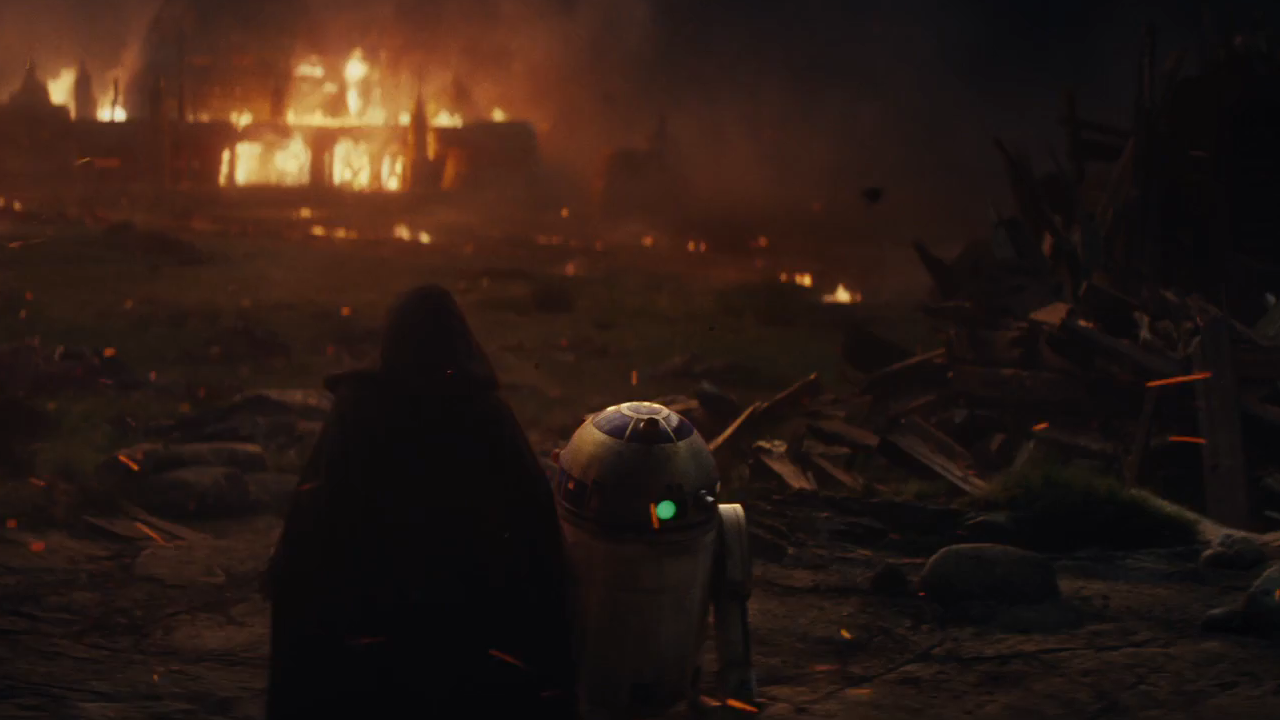 As some of you may have heard, the newest trailer for Star Wars: The Last Jedi debuted tonight on Monday Night Football. Upon having seen the trailer I can now report back that

There’s a whole lot to unpack here and undoubtedly quite a bit of carefully edited deception included but let’s dive into what we’ve got here. Beyond the cinematography and imagery which are DROP DEAD GORGEOUS, the main narrative thread here seems structured around Rey, her training, and her place in the galaxy. Luke who will surely have a much larger role in this film than in The Force Awakens seems frightened by the power that our young heroine possesses, and broken from his failure in training Kylo Ren (previously known as Ben Solo). We’ve got voice over from the villainous Supreme Leader Snoke, seemingly instructing his protege Kylo Ren to embrace his destiny and rid himself of any ties that might still bind him to the light. We’ve got imagery that seems to suggest an attempt on the life of General Leia (played by the late great Carrie Fisher). And most significantly two scenes at the end featuring Rey that hint towards the direction of the story. One shows her captured and seemingly being tortured by the villainous Snoke, and the other shows her talking about her need to be shown where she belongs, followed immediately by a shot of Kylo Ren reaching out his hand. What could these shots mean? Is Rey going to turn to the Dark Side? On this note I have my doubts. It seems unlikely that the film would reveal that kind of story beat in the trailer, so one of two things is likely: 1. those shots are from two separate scenes and not actually connected or 2. the scene doesn’t end the way we think it does. Either way I can’t wait to watch this. I’ve already bought my tickets and recommend you do as well.

Oh, and I almost forgot the most important part: PORG!

Stream of Conscious: 5 Horror Films on Netflix You Need... Previous
Review: THE FOREIGNER Next