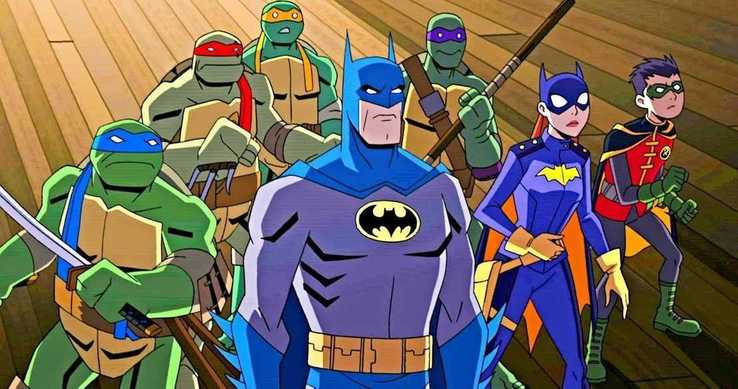 If you grew up in the late 80’s or nineties, you probably filled the back of your math notebook with fanfiction of Batman crossing paths with the Ninja Turtles. Well, what a time to be alive is the year of our Lord 2019, because we’re now getting that fanfiction turned into an animated movie. And for such a far fetched and tricky proposition, Batman Vs Teenage Mutant Ninja Turtles looks like a blast.

What impresses me the most is how the movie doesn’t seem to be pulling its punches. Classic Batman villains like Ra’s Al Ghul, Penguin and The Joker (of course) are in this — this would be pretty stacked in a standalone Batman movie, let alone a crossover one that also features the Ninja Turtles and Shredder. Speaking of which, Ra’s Al Ghul and Shredder joining forces for apocalyptic purposes is kind of perfect, you know, being leaders of secret evil ninja clans and whatnot.

And of course, the Dark Knight’s no nonsense personality should be a fun contrast to everyone’s favorite pizza eating reptiles. There’s also a lot of potential in them finding common ground because the cities where they live and their crime-fighting approaches are ultimately not all that different.

It’s a crazy premise, but one that overall makes sense in the grand scheme of things, which gives it a unique type of charm.