Our first look at THE CHILLING ADVENTURES OF SABRINA 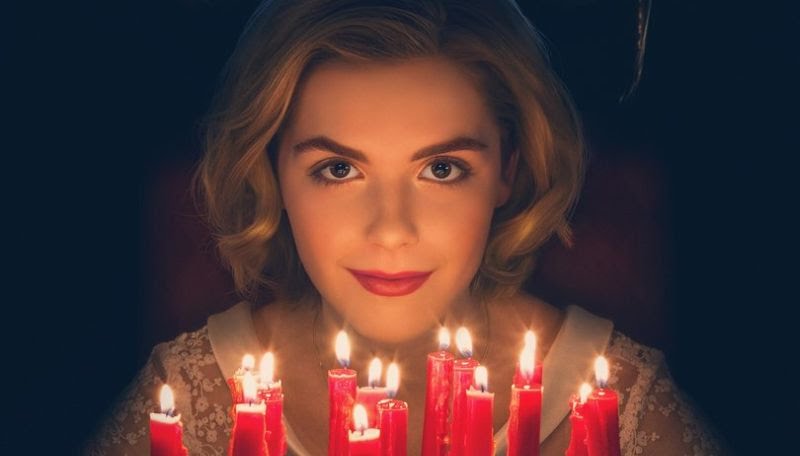 Netflix has given us our first look at the Chilling Adventures of Sabrina, an original series from Riverdale creator Roberto Aguirre-Sacasa. Kiernan Shipka plays the titular Sabrina, half-witch and half-mortal, as she fights evils, has relationships, deals with other witches — the kind of teen stuff that’s been normal since Buffy. Check it out below:

This trailer looks appropriately atmospheric and delightful. Those horns! Witches! Cake! Creepy woods with orange fog! I don’t know about you, but I can’t wait for this show. Rounding out the cast will be Miranda Otto and Lucy Davis as Sabrina’s aunts, Zelda and Hilda, and Jeffrey Dahmer himself (Ross Lynch) as Harvey, Sabrina’s boyfriend.

You may recognize Aguirre-Sacasa’s name from his other show, Riverdale. There’s no definitive word whether Riverdale and Sabrina share a universe, though the showrunners have said that they’re separate for now. Who knows though? Maybe in the future, Jughead and Sabrina can investigate Salem’s haunted woods together.

Sabrina will be streaming on October 26, just in time for Halloween. Netflix and get chills, amirite?