Also, I indulge in some nerd-ass speculation 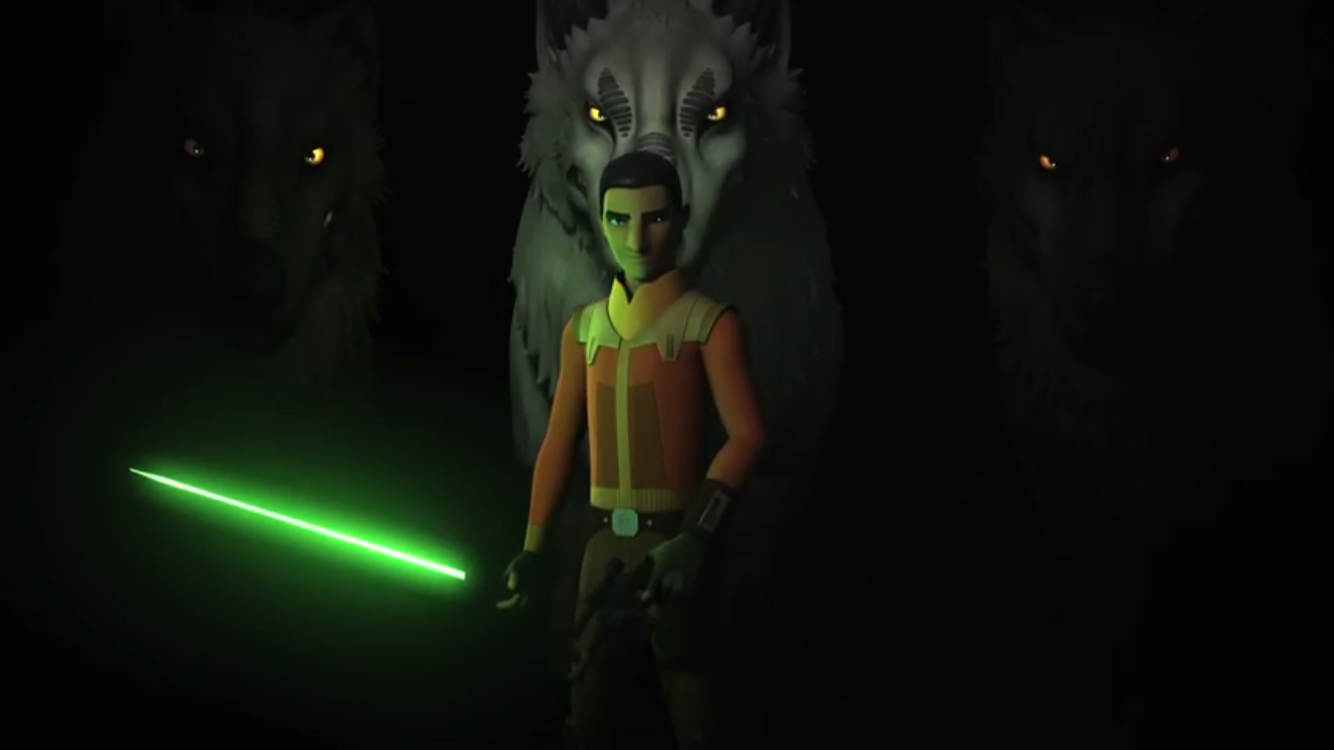 For all the attention Lucasfilm has gotten for revitalizing the Star Wars brand with the latest episodes in the long-running film saga, the real groundwork for Star Wars’ return to the limelight was laid not by the movies, but by the work of Dave Filoni and Co. on a Disney XD cartoon. For the better part of four seasons now, Star Wars Rebels has quietly played host to some of the best storytelling this massive franchise has ever seen (pound for pound, it’s better than The Force Awakens), and now that it’s nearing its conclusion I’m really excited to see how all of it comes to a head. The trailer, released today, for the final run of episodes gives us a peek at how this might all go down (spoilers for the series up until this point, obviously).

When last we left our heroes, Hera had been captured by Imperial forces during a failed Rebel assault on Lothal’s TIE Defender production facilities. A good chunk of this trailer is dedicated to her rescue, and it looks as though things work out pretty well for the ace pilot – which shouldn’t come as a shock since she’s the only (non-droid) character we know for sure survives past the events of this show. What’s more interesting is the trailer’s main focus: Ezra Bridger.

As much as the show is an ensemble, Ezra is pretty definitively its primary point of view character, and he’s the one whose fate is the least certain. As mentioned, we already know for a fact that Hera survives, and it seems pretty inevitable that Kanan will eat it sometime before credits role on the finale, but what of Ezra? I can’t imagine this show killing off both of its Jedi heroes, but how then do they square Ezra’s existence with Yoda’s famous declaration – one that’s echoed in the title of the most recent film? Well, I’m not sure how exactly, but I can say with some level of confidence that shit’s gonna get weird, y’all.

You see, amid flashes of other compelling images like Ezra confronting the Emperor’s hologram and the capitol of Lothal lifting off of the ground, there are a couple things of particular note. The first is Ezra chatting with the convor owl in what looks to be Lothal’s Jedi temple. The other is this:

That mural depicts a trio of characters previously seen in what’s maybe the most out-there, gonzo story in the whole Star Wars canon. During the midpoint of The Clone Wars’ third season, Anakin, Obi-Wan, and Anakin’s apprentice, Ahsoka, found themselves on a world called Mortis, which may or may not even exist on the same plane of existence as the rest of the Star Wars galaxy. Mortis, you see, is a conduit through which the cosmic Force flows into the galaxy, and it’s ruled over by three beings: Daughter, the anthropomorphic embodiment of the Light Side of the Force; Son, the Dark Side; and Father, who preserves the balance between them. Through the events of this story arc (which is more bananas than I really have time to unpack here), all three of these beings ultimately die, but not before Ahsoka is both killed by the Son and then brought back to life with the Daughter’s life essence. Strap in, because I’m about to get really in the weeds with this nonsense.

Following Ahsoka’s maybe, maybe not “death” at the hands of Vader in Rebels’ second season, Dave Filoni hinted in interviews that the reality of the situation may not be as binary as that. He also called attention to the appearances of a convor owl prior to and following Ahsoka’s showdown with her old master, implying that the convor serves as a kind of avatar for a character previously depicted in animation. The mural in this trailer seems to confirm what I’ve long suspected: that the convor is an avatar for the Daughter. What if, by taking on the Daughter’s life essence, Ahsoka also took on the Daughter’s role as the literal embodiment of the Light Side of the Force? What if, through his connections to other living things, Ezra is also able to ascend to some higher level of being, no longer a Jedi, but something else entirely?

A lot of the storytelling in Rebels has revolved around an understanding of the Force outside the Jedi/Sith dichotomy, exploring how other races, cultures, and being perceive and tap into this mystical energy without subscribing to the dogma of either religious faction. Ezra achieving some kind of post-Jedi nirvana would feel like the ultimate culmination of that idea.

Or maybe (more likely) I’m full of it. Who can really say. Either way, I’m jazzed for this last stretch of Rebels, and can’t wait to tune in starting February 19.

Review: DEN OF THIEVES Previous
ARRIVAL: Ending to Begin Next

When not haunting repertory theaters and insisting that 35mm is somehow 'better,' David spends his time arguing that the FAST & FURIOUS films are the greatest artistic achievement of the modern era.