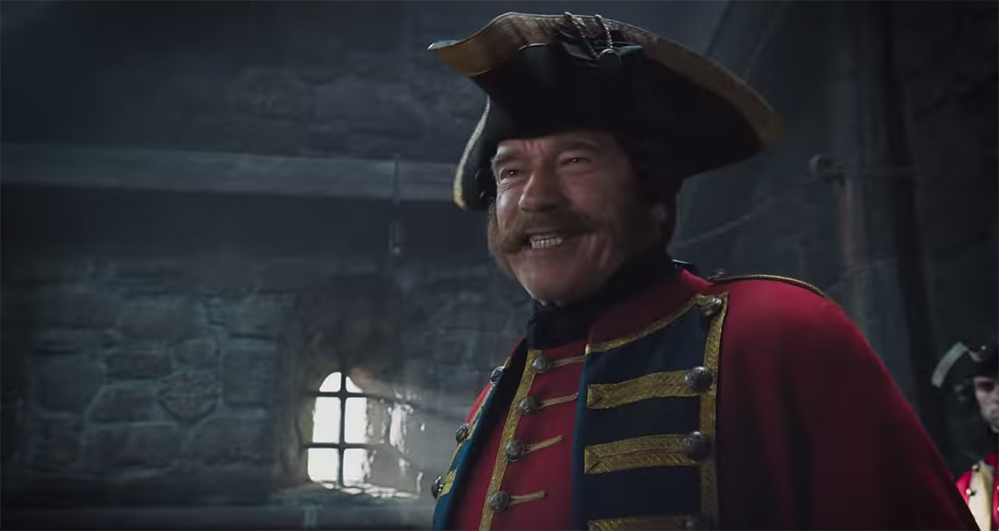 The Iron Mask is a Russo-Chinese coproduction released last year under the title Viy 2: Journey to China. It is the sequel to the Russian fantasy film called, as you might expect Viy. That film was in turn a loose adaptation of the 1835 Nikolai Gogol novella of the same name. That’s about all I can tell you. This thing is news to me. I saw there was a new trailer featuring Arnold Schwarzenegger and Jackie Chan, so of course I pushed the living hell out of that play button. Let’s take a look.

Okay… so we start off with Arnie and Jackie squaring off in the Tower of London. The former, despite being Austrian as all get out, is apparently a Tower guard. Perhaps the accent issue isn’t as apparent to non-English speaking audiences. Anyway, watching these two Geritol-dependent codgers beating the crap out of each other is enough to put my butt in the seat.

That said, all we see of them here appears to be from one sequence, which suggests to me that their screen time will be minimal, most likely as a frame story. A frame story around some completely bonkers stuff involving the Silk Road and Russia and steampunky airships and flying knives and dragons and an evil sorceress of some kind and… and… and…

Yeah, this looks fun but I have no earthly idea what this movie is beyond the broad genre description of “fantasy adventure.” Apparently Charles Dance and the late Rutger Hauer make appearances, so if nothing else we’ll get some hot, hot “Awesome That Guy” action out of the whole affair.

Off the Beaten Path: EQUILIBRIUM Previous
Review: SONIC THE HEDGEHOG Next