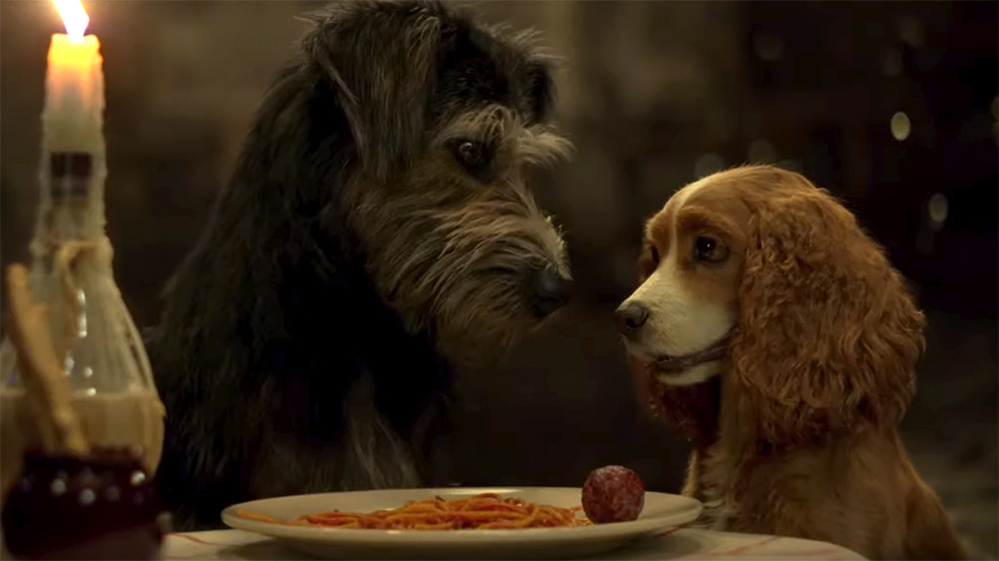 Not going to lie, one of my favorite surprises of 2019 as a cinematic year is how most of the Disney remakes have turned out to be pretty solid. Which is why I find myself fairly enthusiastic about The Lady and the Tramp, which had a trailer reveal at this year’s D23 exposition.

Even though it’s clearly aiming for that sweet nostalgia for the original movie, I like how it’s also channeling the Homeward Bound-type dog romps of the nineties, where animals behaved and looked essentially like they do in real life, but with a look at their psyche that portrays them as fundamentally human. All this while keeping humans themselves at arm’s length to make our habits seem more strange and mysterious.

With that said, I’m still not entirely convinced by this photorealistic talking animal effect (in my opinion, only the recent Planet of the Apes trilogy has used it well). Don’t get me wrong, the dogs’ expressions and movements work well enough, but as soon as their mouths start to move, it looks, well, a little distracting. But hey! At least Tessa Thompson and Justin Theroux sound just about right for their parts. They certainly have the kind of charm and wonder that you associate to Disney’s protagonists. After all, ideal casting is one of the company’s biggest strengths.

The Lady and the Tramp will be one of the earliest releases for the Disney+ streaming platform on November 12, 2019.

Review: THE PEANUT BUTTER FALCON Previous
The Final JOKER Trailer Has Dropped Next