THE SISTERS BROTHERS Trailer Gives Off that Old West Goodness 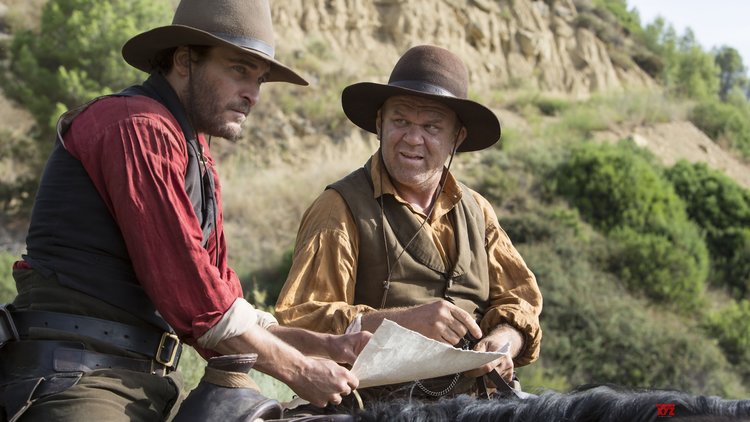 The Sisters Brothers, based on the novel of the same name by Patrick Dewitt, has landed from stalwart quality picture house Annapurna Pictures. Featuring John C. Reilly (who bought the rights and produces) and Joaquin Phoenix as the titular Sisters, uh, brothers, it lands with a comedic vibe that seems broad here, but which reads as an attempt at a Coen Brothers take on the Old West. Whether or not Jacques Audiard will succeed at that peculiar balance of drama and humor in his English-language debut will remain to be seen, but right now the trailer sells me:

The film, as the trailer tells us, is about the titular brothers, a pair of paid assassins, being hired to find a man named Warm (Jake Gyllenhaal) who has invented a new way of harvesting gold by pouring chemicals in a river. Right there is the stakes: Bad men doing bad things for bad money. Having read the book, it’s close enough. The book itself was more of a treatment than a full fledged novel, so the movie can only improve on what’s there. Add in Reilly and Phoenix, both masters at comedy, drama, and that weird line down the middle, and there you go.

And the film looks good: Lots of big shots, gun shots, and shots of grimy people speaking twangy patois. Add in a murderer’s row of a cast—besides Reilly, Phoenix, and Gyllenhaal, there’s Riz Ahmed, Carol Kane, and Rutger Hauer, and it definitely moves into the must-see camp. Westerns are rare enough, Westerns with this solid a cast and humor to boot, rarer. Will it be as good as gold? They’ve certainly mixed a solid concoction. Now all that’s left is to see what rises to the top.