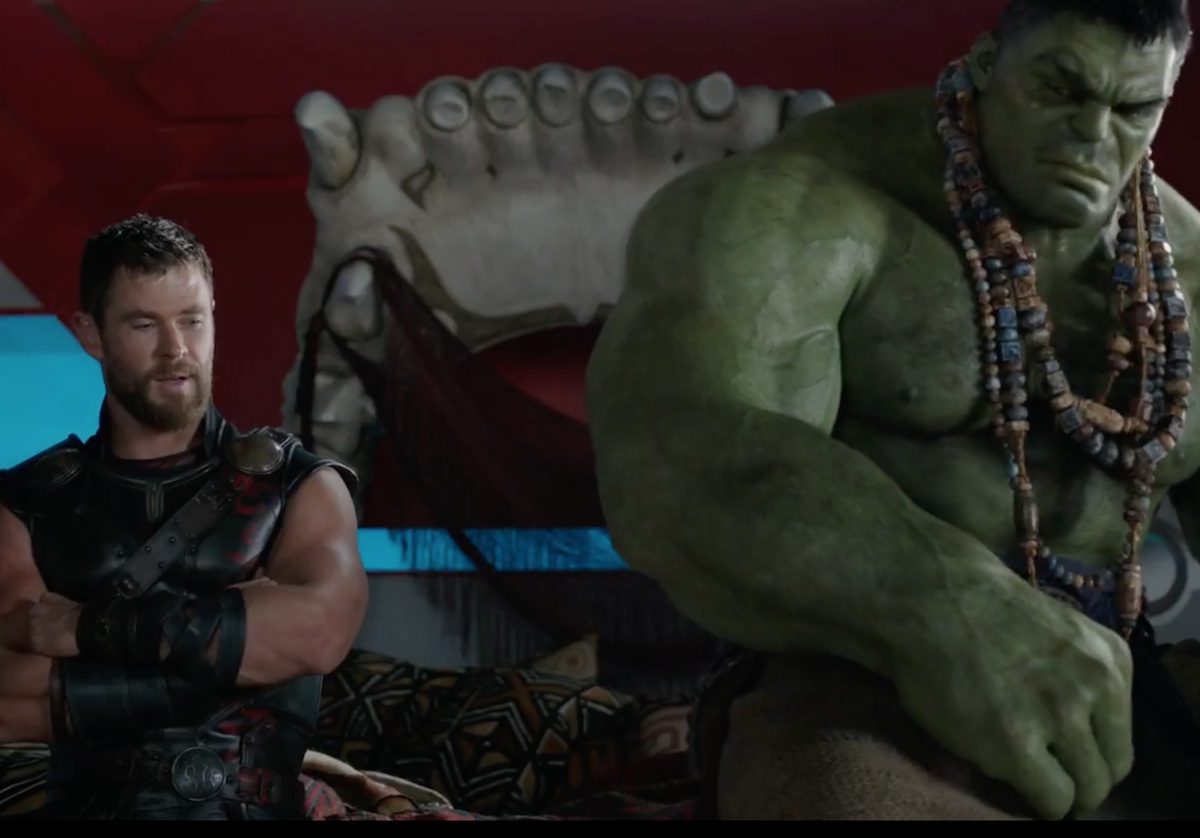 In the midst of this weekend’s trailer wave, Marvel Studios couldn’t stay behind and shows off with its last release of 2017, Taika Waititi’s Thor: Ragnarok. Take a look!

As someone who considers Thor to be one of the finest MCU entries, but was left lukewarm by The Dark World, I try to keep my expectations on check with this one. But this trailer has a lot to appreciate. For starters, going completely cosmic and leaving Earth behind seems like a wise decision that can make this corner of the Marvel universe reach its full gonzo potential. I mean, those visuals! They look like a metal album cover from the 80s coming to life. Thor losing Mjolnir and getting thrown into some sort of gladiator fight circle provides a clear sense of high stakes and makes me feel worried for the guy.

But the clear highlight is, of course, Hulk engaging in casual conversation with the Prince of Asgard. The Avengers movies have always known how to contrast Thor’s thirst for adventure with Bruce Banner’s fear of destroying everything around him, and I’m very curious to see how this film will build on that aspect.

Thor: Ragnarok is out in theaters November 3, 2017 in the U.S. but several countries will be able to see it a week earlier.