VENOM Gets a Turd… I Mean Third Trailer 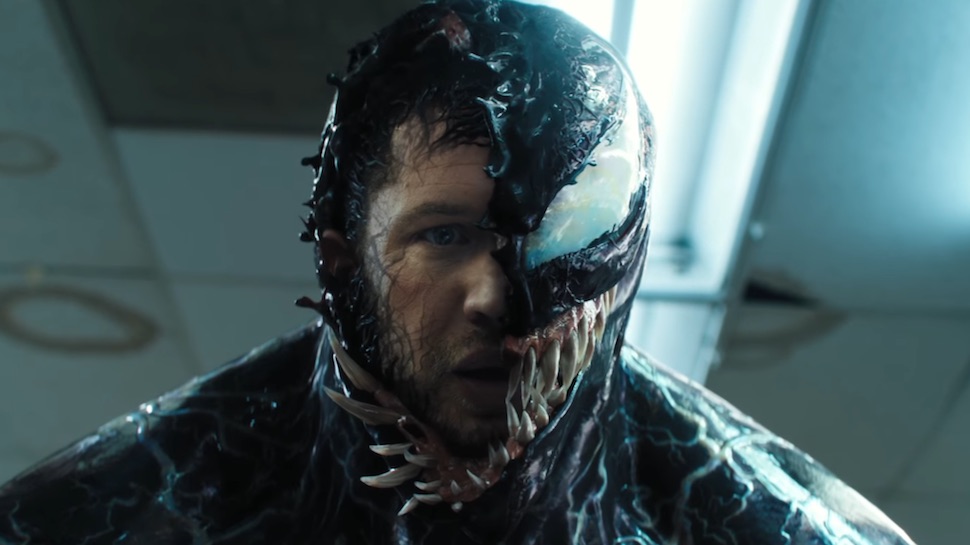 Sony really, really wants people to remember that they have a Venom movie coming out. A character who makes zero sense outside of the context of being the super serious cool 90s villain for Spider-Man, everyone has been chomping at the bit for this Venom film completely devoid of any MCU or Spider-Man influence. So much so that everyone has been waiting with baited breath for each glimpse we can get of the black parasitic monster straight out of an angsty 12 year old’s journal. So here we go, enjoy the third trailer for this film:

The amazing thing about this trailer is how it very clearly is aiming to be funnier than the prior looks we’ve gotten and completely and utterly fails at doing so. This is a trailer that unironically thinks “like a turd in the wind” is some sort of witticism worthy of not just being included in the film, but some poor CGI effects employee almost certainly had to spend a month without seeing his family, missing out on baseball games, birthdays, etc. in order to properly map Venom’s face to say “turd in the wind.” His wife probably left him because of the insanity caused by having to dedicate a not insignificant amount of his life to such a profoundly stupid task.

Sorry, I’m getting hung up on one line of dialogue. I should instead be focusing on the rest of the trailer, like the WTF-ery of Tom Hardy’s accent (and stupid hoodie), the Dexter levels of terrible voice-over and talking to one’s subconscious, the additional glimpses we get of Riz Ahmed’s super duper evil bad guy straight out of a bottom-tier Michael Crichton novel, the near complete absence of women as they very much still scare this trailer’s target demographic, and the absurd level of times someone says “turd in the wind”

Pictured: Turd in the Wind

But I digress. If you’re into Venom, this trailer will almost certainly appeal to you. If you aren’t, well then Welcome to Hell. I personally will be avoiding this film, as sitting through it sounds like Poison and I’m pretty sure it only exists because Sony’s executives are In League with Satan but can’t help but shoot themselves in the dick whenever an unambiguously good thing happens to them (see “MCU making Spider-Man movies that will print money”, “Jumanji making a dumptruck of money”, etc.).  So don’t Leave Me in Hell and let me know your thoughts on this turdly trailer in the comments below.

Venom is directed by the director of Gangster Squad, written by a random assortment of four people who drew short straws, and stars Tom Hardy’s lips, Michelle Williams’ continued struggle to find mainstream roles worthy of her talents, Riz Ahmed as Evil Corporate CEO #412, Jenny Slate as a fake scientist who struggles with how to say fake science words, Woody Harrelson’s search for more money, and a couple more generic looking white dudes. It will be released nationwide on October 5th if you’re into that kind of thing—no kink shaming here.