WAR FOR THE PLANET OF THE APES Continues to look Incredible 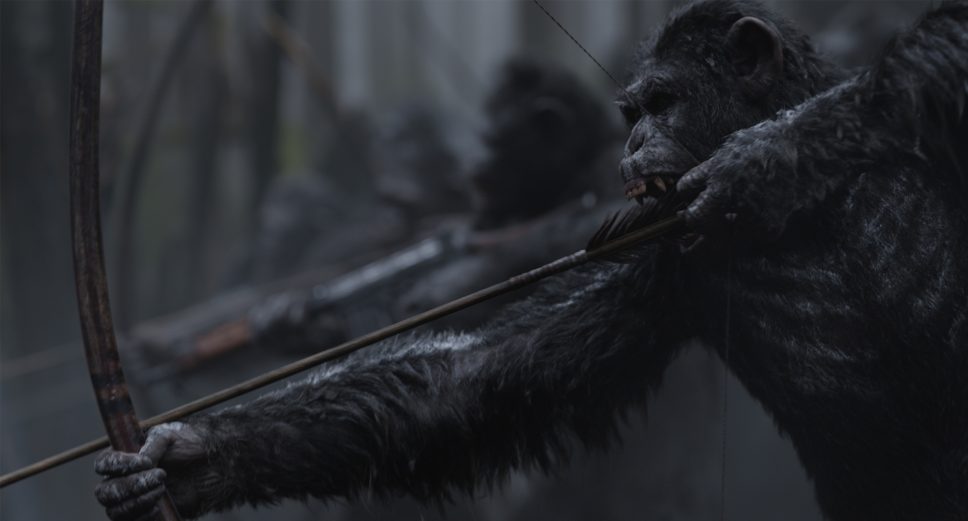 The Star Wars Original Trilogy is my favorite science fiction film series, and the highs of Star Trek heavily outweigh the multitude lows — but for my money the best science fiction media empire, top to bottom, is Planet of the Apes.  The original five films are a stunning amalgam of revolutionary makeup and visual effects, strong storytelling, and a powerful social commentary still (sadly) relevant today.  While the less said about Tim Burton’s 2001 film the better, the new series of films, beginning with Rupert Wyatt’s Rise and followed by Matt Reeves’ Dawn, are some of the most surehanded and evocative blockbusters of the 2010’s, and War for the Planet of the Apes seems right in line with what we expect from this series:

I’m so ready for this film.  Dawn‘s melding of Shakespearean tragedy with modern action sensibilities made it one of my favorite films of 2014, and Reeves’ seems to have just as strong a grasp on the material here.  Woody Harrelson is always a welcome sight, and if there was one person I wanted to see acting opposite a motion capture chimpanzee, it would be him.  His paraphrasing of Gen. Patton sent chills down my spine.  Serkis, who continues to be one of the most important figures in the visual effects-sphere, looks to be doing more impressive work as Caesar even if this trailer seems to be indicating it might be his last ride.  Finally, it’s really interesting to see the trailer focusing on Nova, who for those of you who aren’t nerds like myself is the mute human woman from the first Planet of the Apes, indicating that a new twist on the 1968 classic may be in the cards sometime soon.

War for the Planet of the Apes hits theaters on July 14th. Count me in!

Does It Look Like It's Our First Time? LIVE AND LET DIE Previous
The Nature of the Beast: Ridley Scott and the Ridleygram Next