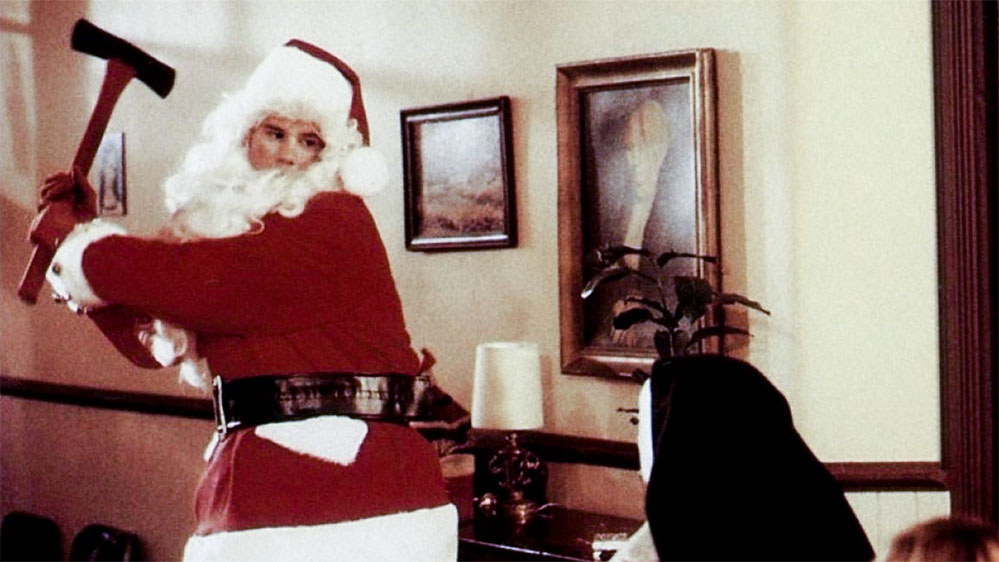 “I am actually really excited to see Santa kill some people.” – Ryan Roch in the intro to this episode

We regret to inform you that Ryan’s excitement was misplaced. Watto’s Christmas present for us this week was the 1984 slasher “classic” Silent Night, Deadly Night, and it is really, really bad. So bad that this is our shortest episode over. I’m sorry, but there are only so many ways to say, “This movie suuuuuuuuuucks.”

But, here, indulge your morbid curiosity.

We would have been better off with any of our other Christmas selections. Here’s what they were, in case you’d like to catch a glimpse of an alternate, much happier reality:

That’s it! We hope you enjoy this episode more than we enjoyed watching the movie! Don’t forget to subscribe, rate and review!