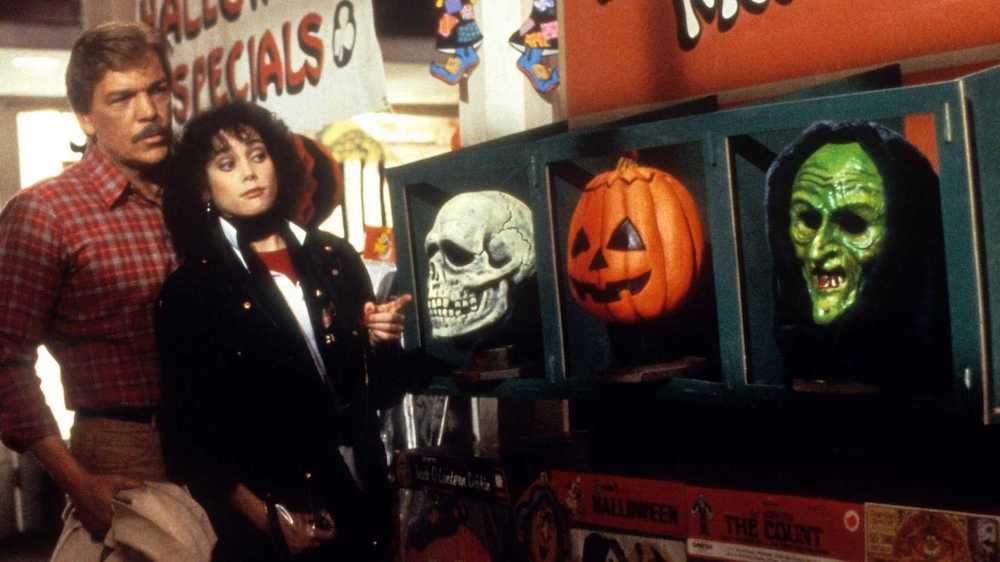 Kicking off a spooktacular bout of cooler weather here in Austin, Fate decided to honor us with a movie befitting the season of spectral silliness, pitting the three of us against the sort-of controversial Halloween III: Season of the Witch. The third entry in what became the Halloween franchise, this movie has absolutely nothing to do with Michael Myers, and very little to do with the series at all. In fact, this film, which concerns the machinations of a dubiously wealthy halloween mask manufacturer, takes place in a world where Carpenter’s original groundbreaking film exists, and is watched by our protagonist.

And boy howdy, what a protagonist. Starring the inimitable Tom Atkins, Halloween III takes an interesting approach in how to utilize the talents of this legendary B-movie stalwart, by making him a sexual powerhouse, irresistible to man, woman, and robot. Pray this movie awakes nothing within you, but know that you pray in vain. The moon spirits have spoken: you desire this man.

This is a very fun discussion, spanning the film itself — which is by turns goofy, moody, kind of inept, and surprisingly effective or funny — as well as the man himself Tom Atkins, Shannon’s odd fun facts about Woody Allen, Kevin’s gastric responses, and my own seething, longing desire for Tom Atkins. We also talk John Carpenter, because of course we do.

Fate bypassed these other fine films in honor of the beginning of Samhain’s embrace:

This is the ideal male body. You may not like it, but this is what peak performance looks like.