Diving into my favorite films of 2016 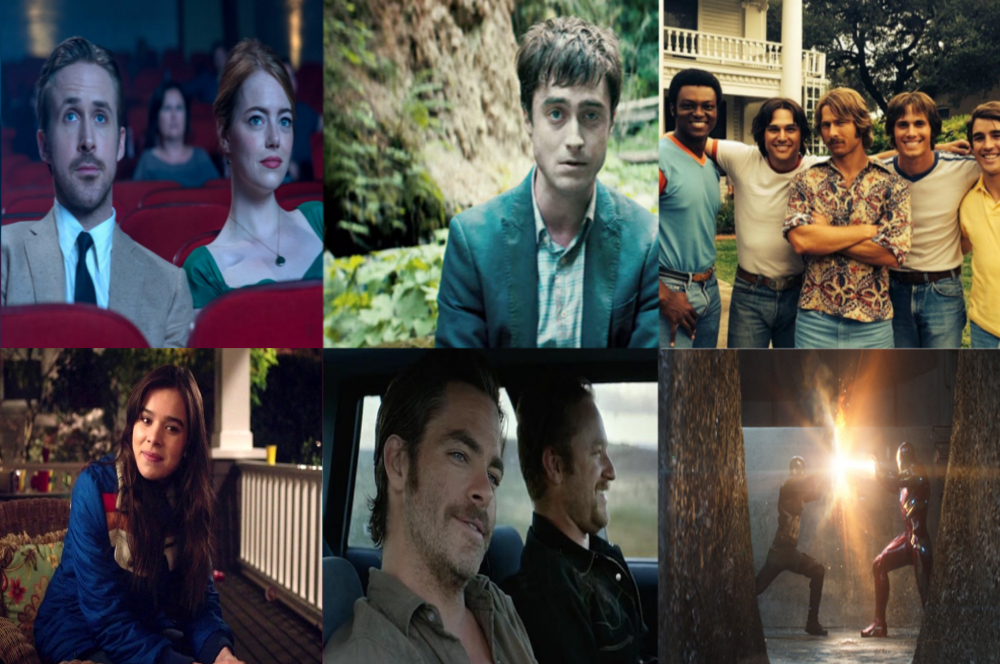 Well… it’s been quite a year hasn’t it? We’ve lost icons and gone through one of the ugliest presidential elections in history; humanitarian crises abound, and as a society we continue to feel further apart than ever before. You would be hard pressed to call 2016 an exceptional year by hardly any standard… with one exception. 2016 was an excellent year at the movies. Sure, blockbuster season was less than spectacular. But if you were willing to look past most of the tentpole pictures, and maybe were willing to cough up the money for the occasional Amazon rental, you had a seemingly endless variety of exceptional films to choose from. Narrowing down all of my favorite films of the year to a simple top ten list was not easy, but I’ve done my best and it’s now time for the big reveal, so without further ado, I present my top ten films of 2016:

I didn’t manage to get around to Zootopia until late in the year, and by the time I got around to it, its timeliness had become deafening. Disney’s hilarious and bold film about learning to look past the surface and stereotypes and sharing the world with those who are different than us, has been elevated by current events into something bordering on essential. And yeah, that sloth joke is pretty hilarious.

This is one of two Ryan Gosling films to make my top 10 this year. I saw The Nice Guys based on the hard sell many of my fellow film critics were giving the film in the build up to its release. I wasn’t sure what to expect going in, but Shane Black’s latest outing blew me away. Gosling and Russell Crowe excel in their respective roles as a scumbag private detective and an enforcer for hire with a heart of gold on the hunt to solve the mystery of the death of an adult film star. Always irreverent, consistently hilarious, and surprisingly deep, Shane Black has crafted a hilariously cynical noir thriller for the ages. Bonus points for providing us with Weird Ryan Gosling, a version of Gosling that we don’t get nearly enough of.

8. Hunt for the Wilderpeople

Taika Waititi has a gift, there’s no way around it. After watching his uproariously comical vampire mockumentary What We Do in the Shadows, I was excited to see what he had in store for us with his latest feature. Wilderpeople does not disappoint. A story of a boy and his foster father on a wild adventure through the wilderness, it is a film that you have to see to believe. True to form for Waititi, every aspect of this film is just on the right side of totally insane, and if its wit and heart don’t leave you grinning like an idiot by the end, you might just be a robot.

If you know me at all, you knew that there was no way that this film wasn’t making the list. I’m a Marvel geek through and through, so every entry in the Marvel Cinematic Universe is appointment viewing for me. Civil War however was something special. It was the capper to the trilogy of my favorite Marvel character, and was at the top of my must see list from the day it was announced, and it did not disappoint. A culmination of everything Marvel had done up to that point, it was a testament to the potential of long form shared universe storytelling, and that airport fight is one of my favorite set pieces of all time.

6. Rogue One: A Star Wars Story

Oh boy, do I love this movie! If you’ve been reading any of my writing, you know I have a thing for war movies, so a full on war movie set in the Star Wars is right up my alley, and this film did not disappoint. Thrilling combat, great characters, and some of the boldest decisions I’ve ever seen in a major franchise film combine to create a film that stands favorably alongside the original trilogy.

Who says a movie needs to have a plot? In Everybody Wants Some!!, Richard Linklater delivers a brilliant freewheeling character piece with an irresistible charm. Focusing around a team of college baseball players during the last week before classes start, the film follows this fun loving group as they hang out, party hop, and try to meet girls. It’s a wonderful character study on male friendship and masculinity with plenty of humor and heart to go around.

4. The Edge of Seventeen

Being a teenager sucks, we’ve all been there.  Between raging hormones, high school, and that general feeling of being stuck in between childhood and adulthood, it’s often feels like you’re drowning. The Edge of Seventeen is a film about this and everything else that comes with it. Featuring a powerhouse turn by Hailee Steinfeld, it’s the teen dramedy that the current generation has been waiting for and a worthy heir to the legacy of John Hughes.

We’re finally there, the top three. Any of these films could have easily slotted in as my favorite movie of the year, and all of them are among my all-time favorites.

Wow… I have a ton of thoughts on this film. Odds are that if you don’t live in a major city, you, like myself, did not get to see Hell or High Water in theaters. Well heads up, it is available to rent via both Redbox and Amazon so it’s time to rectify this cosmic injustice because it is a masterwork. David Mackenzie’s Neo-Western starring Chris Pine and Ben Foster as two brothers who have resorted to robbing banks to gather the money to save their farm, and Jeff Bridges as the Texas Ranger trying to catch them, is the kind of film that does not come around often. Brilliantly sketched characters brought to life by fantastic performances add an air of realism to this stunning drama that one rarely witnesses. By the time the film ends, your jaw will be on the floor.

I thought long and hard about how I was going to order these last two films, until I finally realized “hey this is my list, who says I have to choose?” that’s right, I have a tie for number one and there is nothing you can do about it!  Which brings me first to the delightfully irreverent and off the wall Swiss Army Man.  If you’ve seen the trailers for this film and haven’t watched it, (heck maybe even if you have) you’re probably starting to wonder if I’m insane right about now. Hear me out, okay? Yes, this is a very weird movie. After all it stars Daniel Radcliffe as a semi-sentient corpse with a variety of magnificent abilities. That being said, if you can get past the weird premise and the abundance of bathroom humor you’ll find a brilliant story about what it means to be alive and the things that make life worth living. And, yes, a corpse named Manny that can ignite his farts by snapping his fingers. It’s a movie that demands you to meet it where it is, but if you can it is a magnificent ride.

This one managed to skate in right under the wire. I was honestly worried if I was actually going to be able to catch this film before the end of the year, but I was finally able to catch a showing (though it did require a bit of a drive).  La La Land is a movie that I’ve been looking forward to for several months, having to sit and wait as it got rave after rave during its slow crawl of an awards roll-out. Featuring a pair of brilliant performances by Ryan Gosling and Emma Stone, a fantastic score, and a brilliant soundtrack full of wonderful original songs,it is truly a singular experience. Gosling and Stone light up the screen with their scorching chemistry in their respective roles as an unlucky jazz musician and a struggling actress both just trying to make it in L.A.  A film in the style of the old school Hollywood musicals, it is a delight for the eyes and ears, with an ending that will leave you speechless. Find a way to catch La La Land before it leaves theaters, you won’t regret it.

It was a good year for movies at least.

Ryan’s unquestionable, objective ranking of the films of 2017