A much-needed departure for the long-floundering franchise 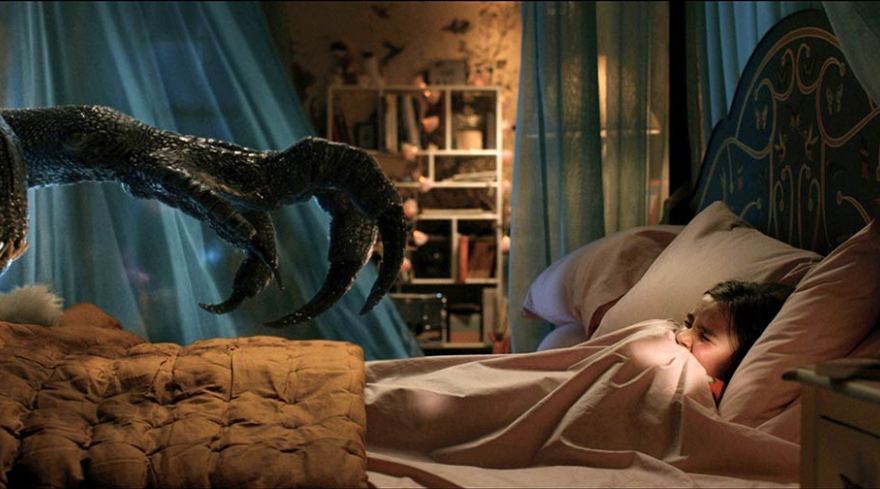 Feathers, man. What does a dinosaur fan gotta do to get some feathers around here? Don’t get me wrong, the lack of scientifically accurate integument is pretty low on the list of problems with the various sequels to Steven Spielberg’s popcorn classic Jurassic Park, but it’s still a bummer. I’m sorry to say, J. A. Bayona’s follow up to Colin Trevorrow’s abominable Jurassic World continues this proud tradition of pissing off fans of feathered dinos. That said, I was pleasantly surprised by Jurassic World: Fallen Kingdom. It’s no Jurassic Park. Not even close. But what is? Instead it’s a much-needed departure, not just from Isla Nublar—although that departure was needed—but from the shallow navel-gazing that plagued its predecessor.

Like all Jurassic Park sequels, we start off with the heroes, having learned nothing from the previous movies, going back to one of the islands in search of de-extincted1 dinosaurs. This time around, it’s a mission to save them from the volcano that’s about to destroy the island. With the U.S. Government content to sit back and let nature take its course, Claire Dearing (Bryce Dallas Howard, now wearing sensible shoes) and Owen Grady (Chris Pratt, still a bit of a dick) are enlisted by Benjamin Lockwood (James Cromwell), John Hammond’s old business partner, to swoop in and save the critters. The plan is ostensibly to relocate them to a new, presumably geologically inactive, island, where they can live without human interference. I don’t think it’s too much of a spoiler to say that all is not what it seems when it comes to this plan.

With puny and fallible humans involved, things go inevitably wrong. Then the volcano goes off, scouring the island with a pyroclastic flow. The destruction of Nublar is bittersweet. These movies have needed to ditch the island setting for decades now, and it gives me a bit of hope for the franchise that it’s been solidly written out. However, despite how riddled it is by silly action beats,2 Bayona manages to play that moment as genuinely tragic. Maybe I’m just too big a fan of Jurassic Park, or maybe I’m just too much of a softy when it comes to dinosaurs, but I found myself actually tearing up a bit. Or maybe it was just dusty in the theater. Who knows?

From there, Fallen Kingdom goes in a new direction for the series. It goes indoors. And it goes horror. The bulk of the film takes place in (and under and on top of) an old mansion straight out of The Haunting, and this shift in setting breathes some much-needed life into the Jurassic Park formula. Even better, it’s the kind of setting that, for various reasons, the franchise can’t really return to. It won’t become a new status quo, and thank goodness.

Despite bookends of Ian Malcolm testifying before Congress, opining on the natural world, the dangers of technology (yawn), and the idea of unpredictable, sudden change, the film doesn’t really have a whole lot on its mind. Instead it’s a straight up action and scare-fest. The baddies are a bunch of amoral, mammon-worshiping mustache-twirlers, as well as the Indoraptor, their weaponized hybrid of Jurassic World’s Indominus rex and a Velociraptor. One of the many problems with Jurassic World was its emphasis on Indominus, being a “dinosaur” seemingly designed by an edgy teen on the back page of their math notebook, at the expense of the real thing. T. Rex taking a back seat to that monstrosity was infuriating. But the Indoraptor actually works here as a manifestation of the human villains’ avarice, letting us have some truly nasty (PG-13) creature feature fun, while leaving the rest of the dinosaurs unsullied.

That may be one of the aspects of the film that I like the most. All of the sequels thus far have tried to capture the idealism and sense of awe towards the dinosaurs that the original film pulled off so well, but it’s always been lip service at best. Bayona can’t do awe like Spielberg, but the film displays a genuine affection for the creatures. Seeing them confined to cramped pens and tortured with shock prods is infuriating for the heroes (and for me), so when things go off the rails and blood starts splattering it feels like it’s worth it, if not cathartic. This movie loves its dinosaurs, and it wants them to be okay.

Fallen Kingdom is, however, still a glorified creature feature, albeit a well constructed one. The setting is fun, the cinematography atmospheric, and the set pieces often very creative. Like its predecessor, there are some nostalgic callbacks to the original, but this time around they feel better integrated and less like fan service. There are several moments involving a child character that evoke the famous “raptors in the kitchen” scene, with the kid scampering around trying to stay out of sight, but with the raptors replaced with businessmen. It scrapes the edge of being too overt, but I found it cute.

The movie ain’t perfect. Pratt and Howard continue to have zero chemistry. Pratt continues to be obnoxious, a character as cocky as Peter Quill but without the charm. Between this film and the last, he seems to have gotten an action hero upgrade, and his over the top fight choreography had me laughing. That would be me laughing at the movie, not with it. Blue, Pratt’s super-smart raptor buddy from Jurassic World, is back, and she’s still hilariously anthropomorphized. The franchise’s transformation of the raptors from irredeemable villains to sympathetic animals to borderline allies has been interesting, but here it’s just silly. Blue is practically a co-action lead, which doesn’t really work, and I’ll be happy if we never see her again.3

There’s also a plot twist near the end, telegraphed pretty early, that I’m not sure works or not. The film seems to want it to have some emotional weight, but it really doesn’t. As a goofy bit of science fiction, I might give it a pass.

Heading into this movie I was looking forward to using this review to make up fake versions of its somewhat nonsensical title, as I did in my writeup of the trailer a while back.  Jurassic World: Olympus Has Fallen, et cetera. But I ended up liking the movie enough that it just felt mean to do so. Jurassic World: Fallen Kingdom scores few points for originality in the broad strokes, but there’s something to be said for a well-executed genre flick like this, and I have to give it credit for striking off in a new direction. It’s deeply cynical about humanity, deeply affectionate to its dinosaurs, and displays an entertaining nasty streak that never dips into mean spiritedness like The Lost World: Jurassic Park did. All in all it’s just plain fun, displaying an awareness of what makes thrills and scares work in a way that Trevorrow’s original (or whatever you want to call it) never did.

Also, feathered or otherwise, dinosaurs are awesome. So it’s got that going for it.

Women in Film: ZERO DARK THIRTY And The Compromises We... Previous
Things We're Digging This Week - Week of 6/18/18 Next

A much-needed departure for the long-floundering franchise

Talk about them all here, even SKYSCRAPER!