Does It Look Like It’s Our First Time? DIE ANOTHER DAY

The nadir of James Bond 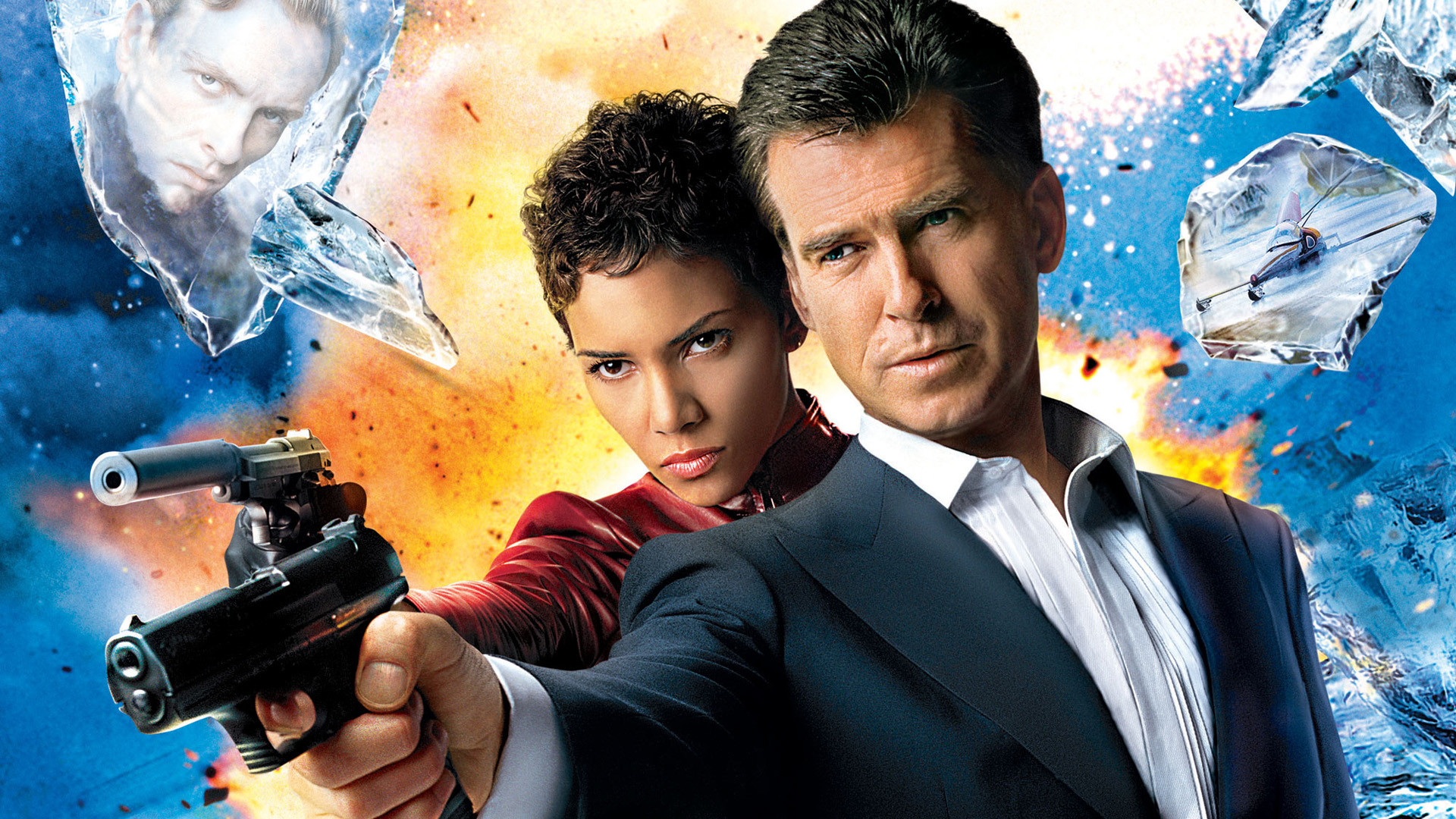 Every long running series has its black sheep. Its embarrassing, humiliating failures it tries to kick under the sofa whenever potential new fans come around. Whether it’s the Enterprise crew landing on the racism planet, Sherlock’s secret evil long-lost sister or Dexter becoming a lumberjack, they tend to be the kinds of failures that engender stunned silences from their audience, punctuated by occasional groaning. And when you ask Bond fans what their franchise’s nadir is, the response is almost unanimous.

First, the plot. After infiltrating a Korean DMZ that suspiciously resembles Cornwall (on a surfboard because he’s down with the kids, yo), Bond sneaks into an illegal arms deal organised by the villainous NK Colonel Moon. As far as I can tell he’s selling weapons-grade puns, as this movie seems partly inspired by Batman and Robin. Half the script is nothing but quip after nonsensical phallic quip, causing me to exclaim “Fuck off!” no less than eight times while rewatching it. Had Bond’s every line been “I like sticking my cock in things” it would actually have been more subtle.

“I’d rather be shiny, like a treasure from a sunken pirate wreck…”

After escaping MI6 custody by meditating himself into a heart attack (M thought he sold them out to NK), Bond tracks Zao to Cuba where he meets Halle Berry. After the flack The World is Not Enough took for telling us Denise Richards was a nuclear physicist, the franchise decided this time its love interest would be a Strong Female Character. So Berry’s Jinx is a complete non-entity who shoots people from time to time, in between more bloody penis puns. Originally she was planned to have her own spin-off, but for some strange reason it never materialised. She also has an interesting idea of sexy.

The two separately infiltrate a secret clinic, where Zao is undergoing DNA replacement therapy to turn him into a white man. The diamonds still in his face will only aid this disguise. After they escape and only slightly blow the place up for some reason, we’re introduced to Gustav Graves, diamond mine tycoon and evil Richard Branson archetype. Bond finds him at… some sort of posh London building and they try to murder each other in a public sword fight for no particular reason. Graves then invites Bond to his Iceland ice palace, which appears to be a giant bootleg Frozen playset, where he gives a villainous press conference about his giant space laser satellite Icarus and how it will definitely make the world a better, less evil place.

Sneaking around later, Halle Berry is caught by guards and Zao instructs his henchman Mr Kil (yes, Mr Kil) to kill her with his overly elaborate array of frickin’ laser beams. But Bond intervenes, activates the lasers’ ‘flail randomly’ mode and the two escape, only to be caught again by Graves. It turns out Gustav Graves is actually Motoko Kusanagi, a runaway whose brain was transplanted into- wait, wrong movie I saw this year. He’s actually Colonel Moon, who turned himself into a poorly-acted white man so he could build a frickin’ laser beam satellite and conquer South Korea with it.

He proceeds to chase Bond with his satellite after Bond flees in his rocket sled, leading to one of this century’s most famously awful works of Hollywood special effects, which as someone recapping this film I am legally required to show you:

After having a brief gadget car duel with Zao for some reason, Bond and Jinx sneak onboard Graves’ plane, from which he plans to invade South Korea with the help of his frickin’ laser beam satellite and Lawnmower Man cosplay.

But of course Graves forgot to tell his cosplay tailor not to build in their customary ‘electrocute self’ button, so Bond hits it and flings him into a jet engine. Him and Halle Berry escape to live another day, and rub a few final penis puns in our faces before the end.

But we are not done, for there is still The Scene to come. A scene with Moneypenny so dreadful, so bereft of dignity or taste, and so utterly humiliating for her, the franchise and humanity as a whole, that I dare not describe it here, lest I trigger PTSD flashbacks in others who survived this film. But at least it is brief, allowing us to quickly savour that when it comes, our inevitable death will be all the more a blessed relief.

There is no one thing wrong with Die Another Day. Everything is wrong with Die Another Day. But there is at least a cause behind the film’s fractal badness. It seems to have been inspired mostly by the public perception of the series, which is as much influenced by parodies like Our Man Flint as by Bond himself. Every plot point, character beat and painful one-liner exists solely because they are what Bond films are expected to do, which is the structure of a parody. Die Another Day is really an Austin Powers movie that thinks it’s a serious action film.

The tone is weirdly inappropriate, not seeming to realize its sci-fi gadgetry is more than a little silly. While this is the franchise where ejector seats are sensible car accessories, films like Moonraker at least acknowledged the strangeness of having a giant space station or laser guns. But because Die Another Day doesn’t do that the moments meant to awe fall flat.

Bond is also an utter creep in this film. Most of his interactions with women seem less suave and charming, and more like he has to inform his new neighbours he’s on a register when moving house. The worst moment comes when him and Rosamund Pike, another MI6 agent, are pretending to be lovers so the villain’s guards don’t recognize them, but Bond keeps groping her long after they’ve left. Though it is weirdly reminiscent of Brosnan’s more recent roles, where he comes off like he shouldn’t be allowed unsupervised around children.

Die Another Day is the kind of eye-gouging self-parody that kills franchises, and it nearly ended Bond. Despite becoming the highest-grossing film of its series it was received so badly many wondered if the franchise would continue. The film’s whole purpose in existing turned out to be pointless as well, as the XTREME!!! action movie trend died almost before it came out, with Bond’s real competition turning out to be a sleeper hit called The Bourne Identity. But this franchise is nothing if not adaptable, and in the decade when blockbusters started taking themselves seriously it would reinvent itself as one of the finest examples. So join us next week for that when Bond begins.

This THE DEATH OF STALIN Trailer is Unanimously Great Previous
Review: THE ONLY LIVING BOY IN NEW YORK Next