Review: THE SHAPE OF WATER 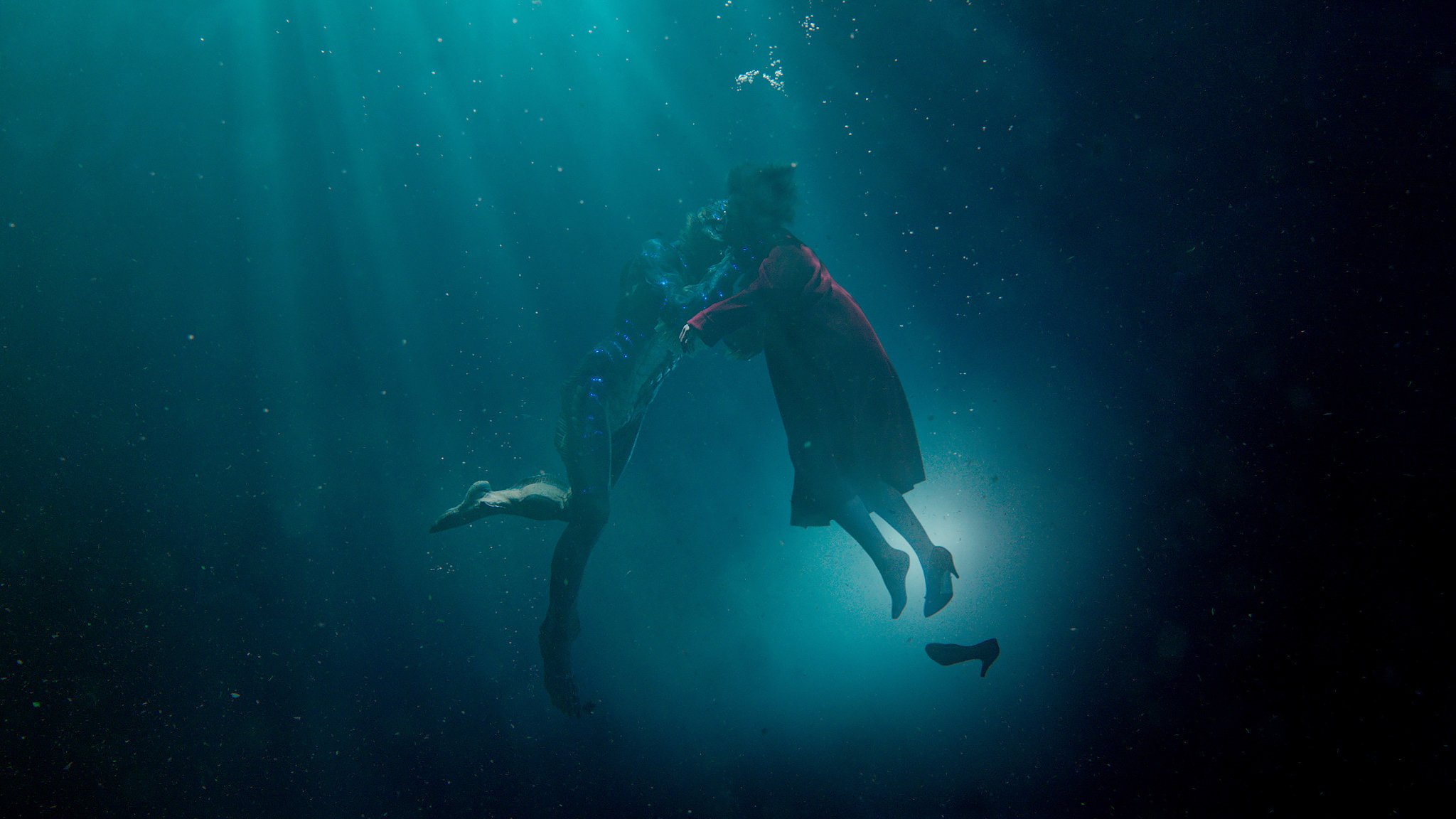 Guillermo del Toro’s The Shape of Water is a beautiful adult fairy tale about how love and empathy can overcome even the most entrenched hegemonic power structures. As marginalized people continue to face uphill battles in every aspect of their lives in the world, The Shape of Water chooses to find greatness and beauty in that which makes those same people different from the “rest” of society.

Set astutely in the 1960s, a time when America’s fear of the unknown, military spending budget, and level of racial tension was never higher, we follow a mute janitor, Elisa (Sally Hawkins) who works at the Occam Aerospace Research Center in Baltimore. She works the night shift with her close friend, Zelda (Octavia Spencer) and it is indicative of how little women are thought of in the way they are given access to wherever they please as they clean the facility. It’s not even imagined that security precautions should be taken towards the “help”. And this is how Eliza first meets the Amphibian Man (Doug Jones), the latest asset to be transported to the facility for research. From there, a connection begins to grow between the two and Eliza must decide if she chooses to risk everything and rescue her new friend.

It’s not surprising that a film created by a person of color and co-written by a woman centers around marginalized people; the main characters are a mute woman, a black woman, a gay artist, and an immigrant scientist. Not to mention an amphibious South American fishman. Each feels isolated and alone in a world that resents and belittles them, until they reach out and realize they have one another to lean on for strength, friendship, and love.

Meanwhile, their adversary comes in the form of Richard Strickland, played by Michael Shannon, performing his ruthless, masculine aspect to the hilt. Strickland is introduced to the audience in a particularly blunt but effective showcase of characterization. He enters a bathroom that Elisa and Zelda are cleaning and proceeds to carry on a conversation with the two women as he pees at the urinal, his hands on his hips.

Strickland is a family man. Unlike our other, isolated characters, he’s the idealized man of the time with a wife, two kids, and a white picket fence. But he’s filled with misery and hate, and a desire to lord power over others. His only moments of happiness come when he is physically abusing the creature, forcing his wife to be quiet during sex, or coming on to Eliza when they are in his office, terrifying her. To him, sex is a weapon, a means of domination. Despite how terrible a man Strickland is shown to be, The Shape of Water doesn’t have a hateful bone in it’s body. It doesn’t hate Strickland — it pities him even while refuting his hateful values. His hate and cruelty, despite the bounty in his life, juxtaposes with the small moments of love and friendship we see in our other main characters, despite the relative little they have in comparison. Even in sex, as we witness the connection between Elisa and the Amphibian grow towards the physical realm, it shows us the real power the act has to grant a pure connection between two beings. It’s as great a physical and mental connection as there can be between people.

Duality is an important part of The Shape of Water. For Strickland, Elisa’s muteness is a representation of her acquiescence to him (something she bravely rejects via sign language in a great scene later on “F U C K Y O U”). For Elisa, her muteness is why she finds initial kinship and later love with the Amphibian Man, knowing what it’s like to lack the power of speech in a world designed around it. Elisa uses music early on to communicate with the creature, knowing that it’s universality transcends spoken language. Her awareness of the different types of language gives her the insight to communicate with the Amphibian. The very thing that Strickland tries to victimize Elisa with is actually her greatest asset.

There’s so much going on under the surface of this movie that’s it might be easy to blow right past the rest of it — but oh, what a surface it has. Nothing is wasted in The Shape of Water. Every frame reminds you of what a great student and master Guillermo del Toro is of film. But despite the many references (difficult to even keep track of), it’s only ever possible to live in the moment with the movie. Like when light reflects off of raindrops on a bus window, or music drifts lazily through the floorboards of Eliza’s apartment from the cinema below, or the depths of a friendship that are so easily communicated through a quick moment of practiced soft-shoe. Del Toro understands visual language and the versatility of the medium on a deep level. The Shape of Water is as much a love letter to the power of art as it is a love letter to love itself.

Accompanying the visuals of the movie from the very first frame to it’s last is an exquisite and enchanting score from Alexandre Desplat. Titillating, mysterious, and sweet. It easily sets the tone at the top of the film and serves it well throughout. Desplat delivers one of the best scores of the year.

The cast is wonderful. One of the many great lessons to learn from this movie is just how invaluable Richard Jenkins is to any film. It isn’t just Jenkins firing on all cylinders, though. Octavia Spencer breathes life into her beleaguered and practical Zelda. Michael Stuhlbarg shines as an empathetic scientist struggling with his loyalty. Doug Jones once again lends his immense talents to bringing a non-human form to life. And Sally Hawkins, the described-as-such princess of this fairy tale, gives a majesty, grace, and warmth to a character who literally can’t speak. It’s a bravura performance, one built upon delicate movements, smiles, and expressive eyes.

Watching The Shape of Water, I was most reminded of Barry Jenkins’ stunningly human Moonlight from last year. How overcoming our fears of rejection, both personally and at large, can often result in the very most important connections we can make in our lives. Those ephemeral, indescribable moments that make up our lives that are, perhaps, the most significant reason we make art. The moment when we first feel kinship through language that transcends the spoken word, when we reach out and sing to express our love, despite having no voice. When we dance together, our joy never so complete. When we rest easily in their arms after making love, floating together as the light spills all around.