The New Spider-Man videogame captures more than just the wallcrawler well, it also has the friendly neighborhood down pat 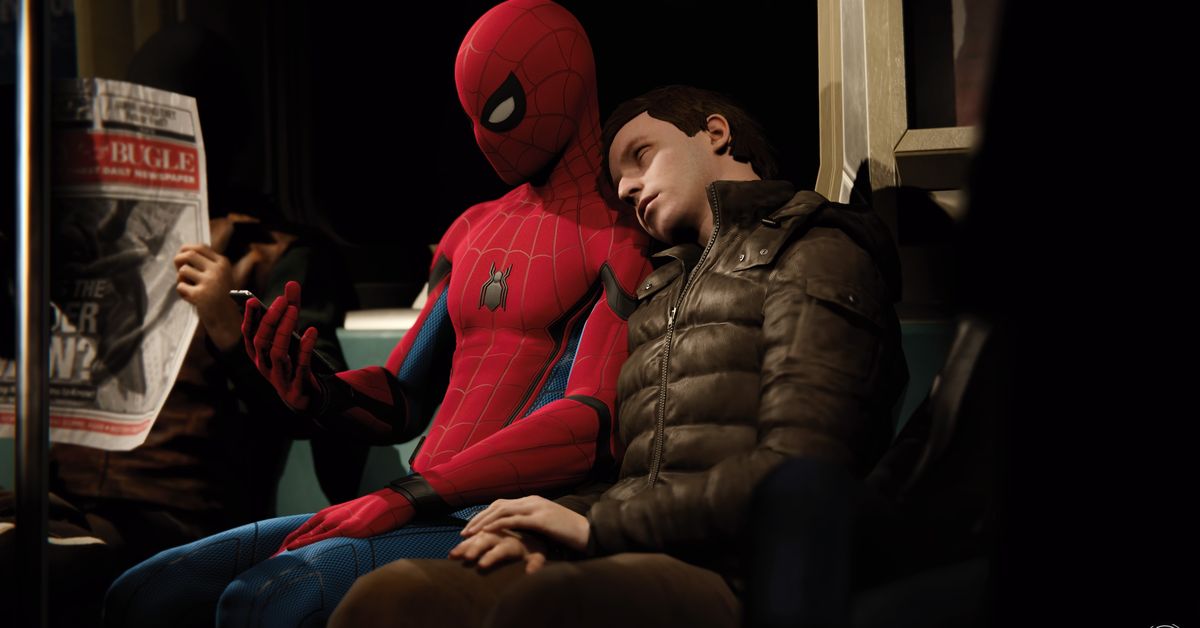 “What is happening to our city, Yuri?” a desperate Spider-Man asks his friend and ally after an earth-shattering revelation leaves him broken and the city burning. He doesn’t say “this city” or “my city”, as other crime-fighting vigilantes are oft to shout. No, Spidey says “our city”. No matter how high over their heads he swings, Peter Parker has always been just another New Yorker.

Insomniac’s Spider-Man is a triumph of modern gaming. Building primarily off of the gameplay systems that made Rocksteady’s Batman Arkham games so gripping and iconic, Insomniac has made sure to use what worked so well in those games, like the free-flowing combat and commitment to it’s own version of the character’s mythos, and to learn from the foibles of the latter Arkham games by avoiding or addressing the problems that tripped those titles up. Spider-Man is a slick and satisfying experience, with combat, story, and environments that all show off in equal measure. Anybody concerned over the future of single-player experiences in light of the massive success of Battle Royale games and the studio mandated pressure for superfluous multiplayer options need only spend a few minutes web-slinging around the delicately built New York facsimile or enjoying the high-quality performances and story in the game.

The broad strokes of Spider-Man are amazing, and if that’s all it had, it would still be one of the best titles produced in some time. But Insomniac went further. In creating a New York City that feels right at home with the real one, they allowed one of the most important aspects of Spider-Man to shine in a way that makes it feel all the more special and specific. As much and more than other Marvel heroes, many of whom have deep ties to New York City, Peter Parker is a born and bred New Yorker. Maybe because more than other characters the entirety of the city is a playground to Peter, where he can swing from the highest building to walking the streets in a matter of moments. The game loves this about him, and represents this part of his character not just in dialogue, but in the gameplay itself. One of the side challenges of the game is to find and photograph various real (and many Marvel-based) landmarks in the city, giving you an excuse to really appreciate all the work done in recreating one of the greatest cities in the world. When out on patrol, Peter always seems to find the most well-meaning and enigmatic New Yorkers to help in bizarre but meaningful ways, like the assist Peter gets from an obsessive bird-watcher in Central Park, or when he helps track down an old friend’s lost pigeons.

The best little touch in the game, though, has to be how if you ever tire of web-slinging (fat chance, that) you can fast travel by taking the subway. Instead of a black loading screen or something equally boring but efficient, players are treated to a small moment of Peter, in full costume, riding the subway alongside his fellow New Yorkers. While this is delightful in of itself, what makes it shine as a New York moment is that it’s No Big Deal. One of the best sequences is, while Peter sits and swipes through his phone, a guy snoozes against his shoulder. It’s an experience any New Yorker will tell you is a regular occurrence. In another sequence there’s a guy who glances from his Daily Bugle, featuring a Spider-Man headline, up to the Wall-crawler and back to the article. There’s a wry mirth on his face. “Only in New York” it seems to say. And it’s true. And just like in the real New York, there’s no fear of him making a big deal about Spider-Man being there. That’s just the way it is. Private moments that we all appreciate but don’t call attention to. There are often jokes about how unflappable New Yorkers are to the weird and the extreme, and without resorting too much to hyperbole, it’s pretty much true. Capturing moments like these is really what helps to elevate Spider-Man from an A+ blockbuster game to something that is also as sweet and meaningful as those little New York moments are in the real world.

DIE HARD With a Podcast, Episodes 1 and 2 Previous
Review: AMERICAN VANDAL Next