Stream of Consciousness: AMERICAN HONEY and the Gift of Empathy

Adulthood is the End of Trust 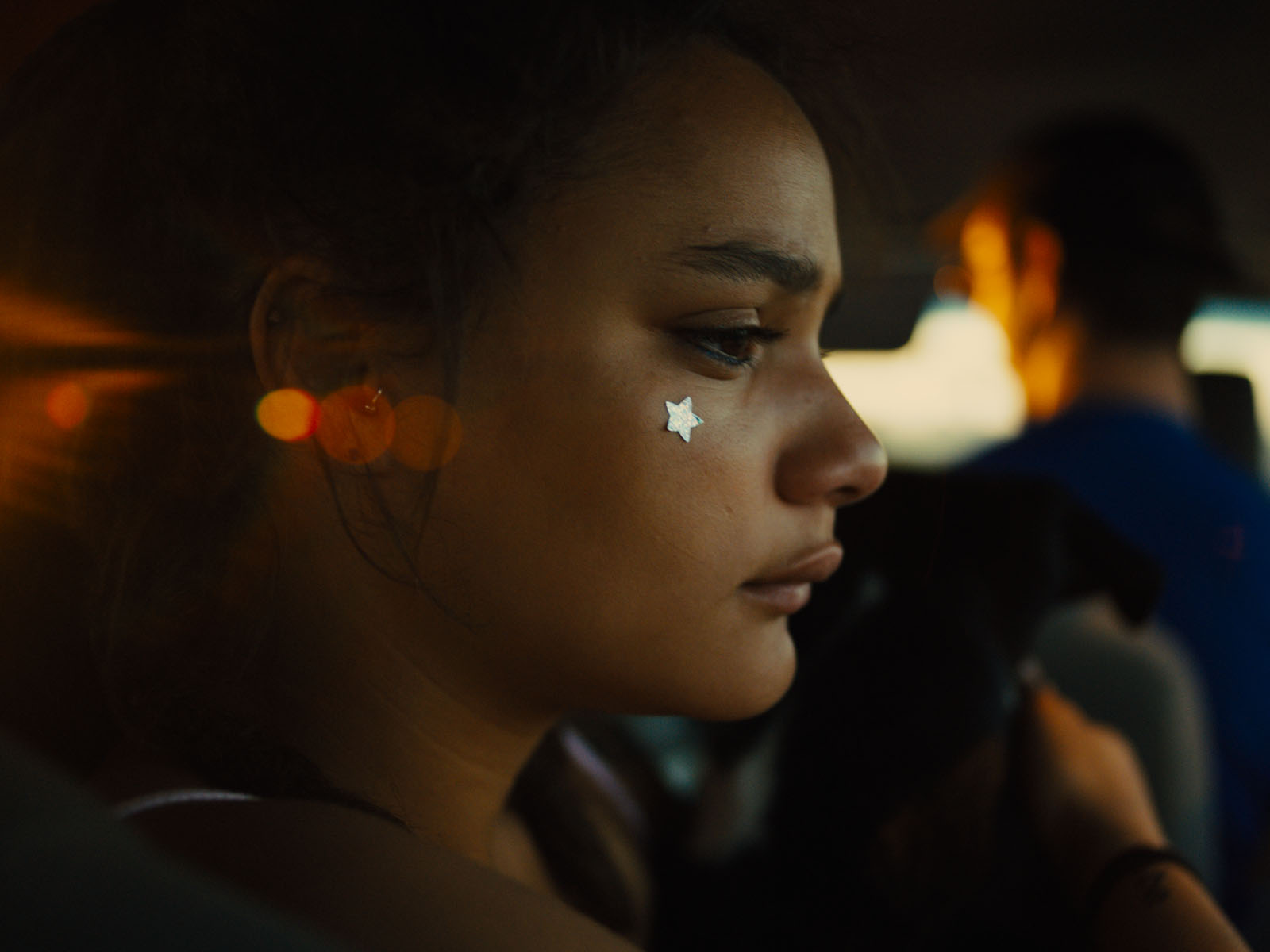 I know it’s divisive, I know that it’s very slow and sometimes ugly and its characters are hard to take, I know many of us want more story from a nearly 3 hour film. I understand this, but American Honey, in part because it is as amorphous as it is, is one of the best American films of the century. For those of us who are caught up in its spell, Andrea Arnold’s film is a profound exploration of trust, hope, and empathy. It is a peerless view into the unique eagerness of the teenaged mind, particularly when confronted with adult worries about hunger, about housing, about building family.

American Honey stars Sasha Lane as Star, a poor Oklahoma teenager who runs away to join a team of kids who have been lured into a multi-level-marketing scheme, selling magazines to listless folks in middle-class and wealthy neighborhoods across the South and the Midwest. The team is led by Krystal (Riley Keough) and Jake (Shia Lebouf), who cram the team into their ratty van and tour lonely roads and countrysides looking for easy marks.

That’s the entirety of the plot. This is what frustrates so many viewers, I think. Relationships and suspense and violence do ensue, but they are slow to develop and driven by questionable teenagerly decision-making; naivete and despair drive us to do dangerous things. The film is unfiltered and hard to take at times, embedded as it is in its team’s personal space. American Honey puts you squarely in its characters faces; staring down acne and half smoked cigarettes and unshy sailor-mouthed exuberance for much of its long runtime is challenging. We expect makeup and cuts and distancing photography to back us up, to give us some comfortable remove from our stories. We expect characters to have something to say, to advance the story, whenever the camera fixes on them. We expect emotional reveals to punctuate action, not the other way around. We expect simulated sex.

American Honey doesn’t give us any of what we expect, Arnold wants to disorient us and force us to learn her film’s grammar.

I wasn’t up to the challenge for much of it. I’d watch a few scenes and shut it down for a week. Or a month. Until its almost unbearably gripping final hour I watched it in chapters. Though I wouldn’t necessarily recommend this, it did put me much closer in a way than a single linear sitting would have: I replayed scenes, I spent a lot of emotional time with it, my defenses wore down and gradually they just became everyday kids instead of unmade performers. The fourth wall is typically so clearly delineated; not so here. It’s similar in a way to our experiences with skillful long-form television series. Let the characters simmer so that their emotional life is entangled with yours. But here, the absence of gloss, the frank verite and sometimes borderlinle amateur technique create a much deeper bond than the latest Netflix miniseries. And, unlike those over-stretched narrative marathons, American Honey is largely plotless by design, understanding as it is of the intimate power of humans left to their idleness.

I’m at the age now where Star, our heroine, would be my own child’s age had we followed the usual timelines for such things. It’s bizarre, as someone without children, to project an empathy onto a fictional person, a feeling that I imagine resembles parental protectiveness. But this is what this film is meant to engender – empathy as we would feel toward our own family, to crack the defenses I mentioned above.

There’s a bear in this film.

Star meats a bear, another animal that just wants to eat

American Honey is about very poor southern kids who leap at an opportunity that they hope can help them climb up, to decline the economic station they were born to. For a cynical northern asshole, that instinctive smirk at “white trash” is tough to avoid. (Star / Shasha Lane herself doesn’t appear Caucasian, which may or may not be the point – her peers refer to themselves as white trash, a term that, when used defensively among these friends, encompasses everyone in the van.) Having come through the other side of the film, that condescension has left me. Shit, I even feel fond toward Shia Lebouf in this film and that guy typically drives me bananas. The film deliberately follows Star into scenes that are meant to tap into our own response to her; we see her witness and feel deep empathy for other children of neglect and poverty, whose refrigerator is empty, whose home is unmade thanks to their chemically distracted mother. Our pain in watching Star try to claw herself up out of her own poverty, desperate for enough money to pay for food for a few weeks, is amplified by her recognition of herself in these children, and her helpless desire to feed and protect them.

There is a frankly profound consideration here of hope and trust, and the essential role they play in motivating us, particularly as children, to fight. To scrabble. Children become adults, and in adulthood that fight can lose to despair. It’s very painful to watch bright faces confront poverty in real terms, to then see and truly understand violence and disappointment and addiction. I wish I could take it back. I don’t want Star to face these. But she will.

American Honey is currently available to stream from Amazon Prime.

My Favorite Movie: JAWS Previous
Things We're Digging This Week - Week of 11/27/17 Next

Stream of Consciousness: AMERICAN HONEY and the Gift of Empathy

Adulthood is the End of Trust